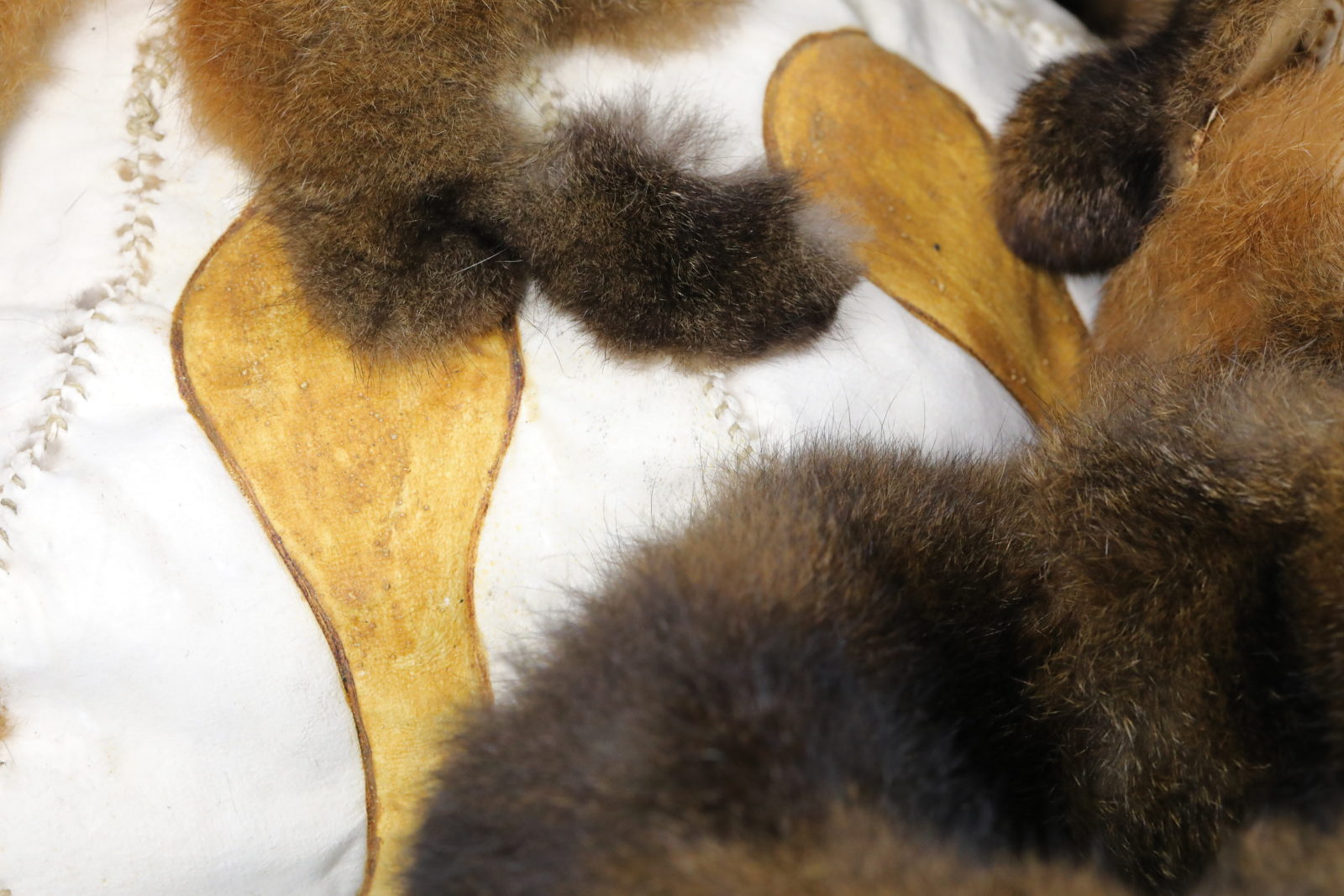 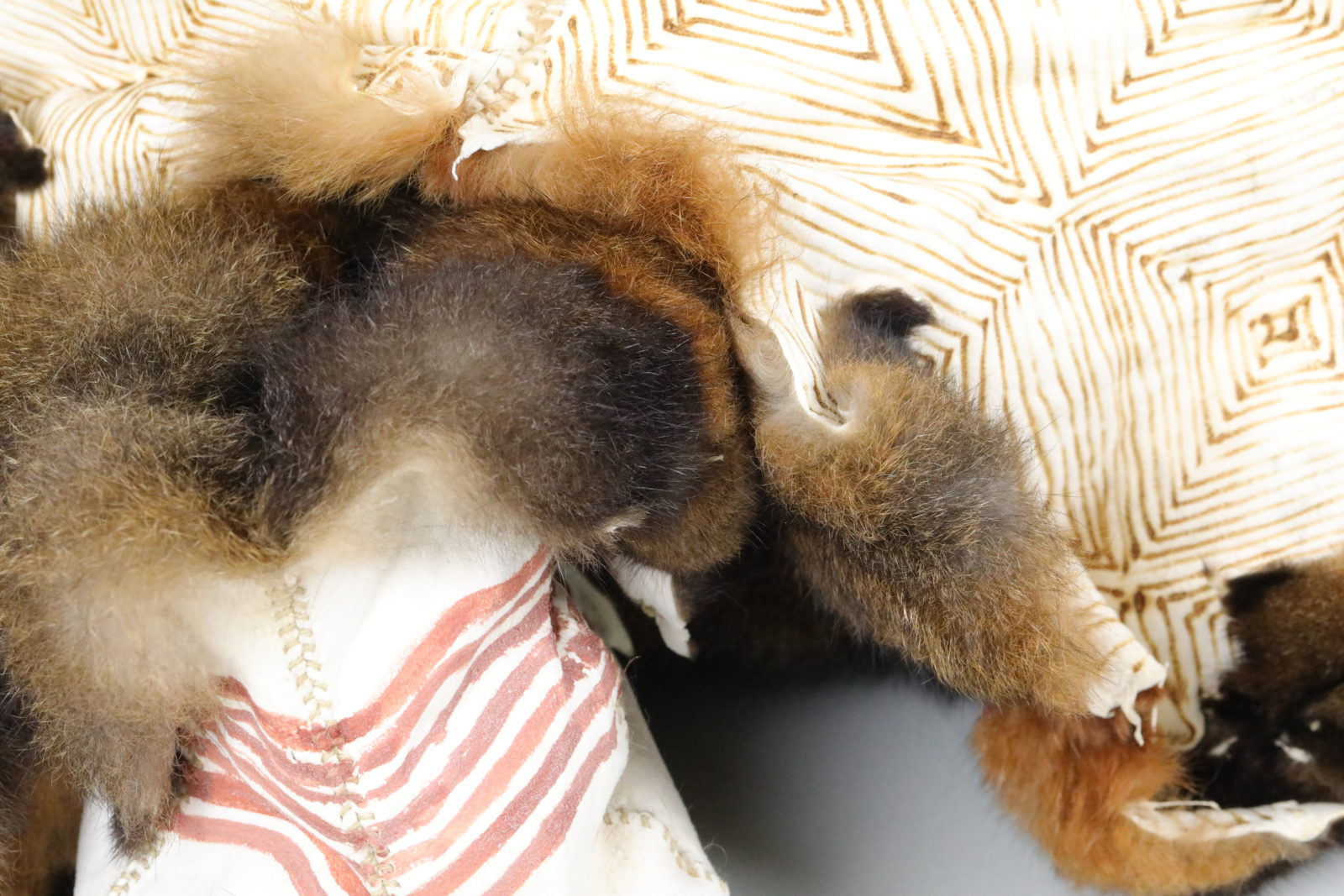 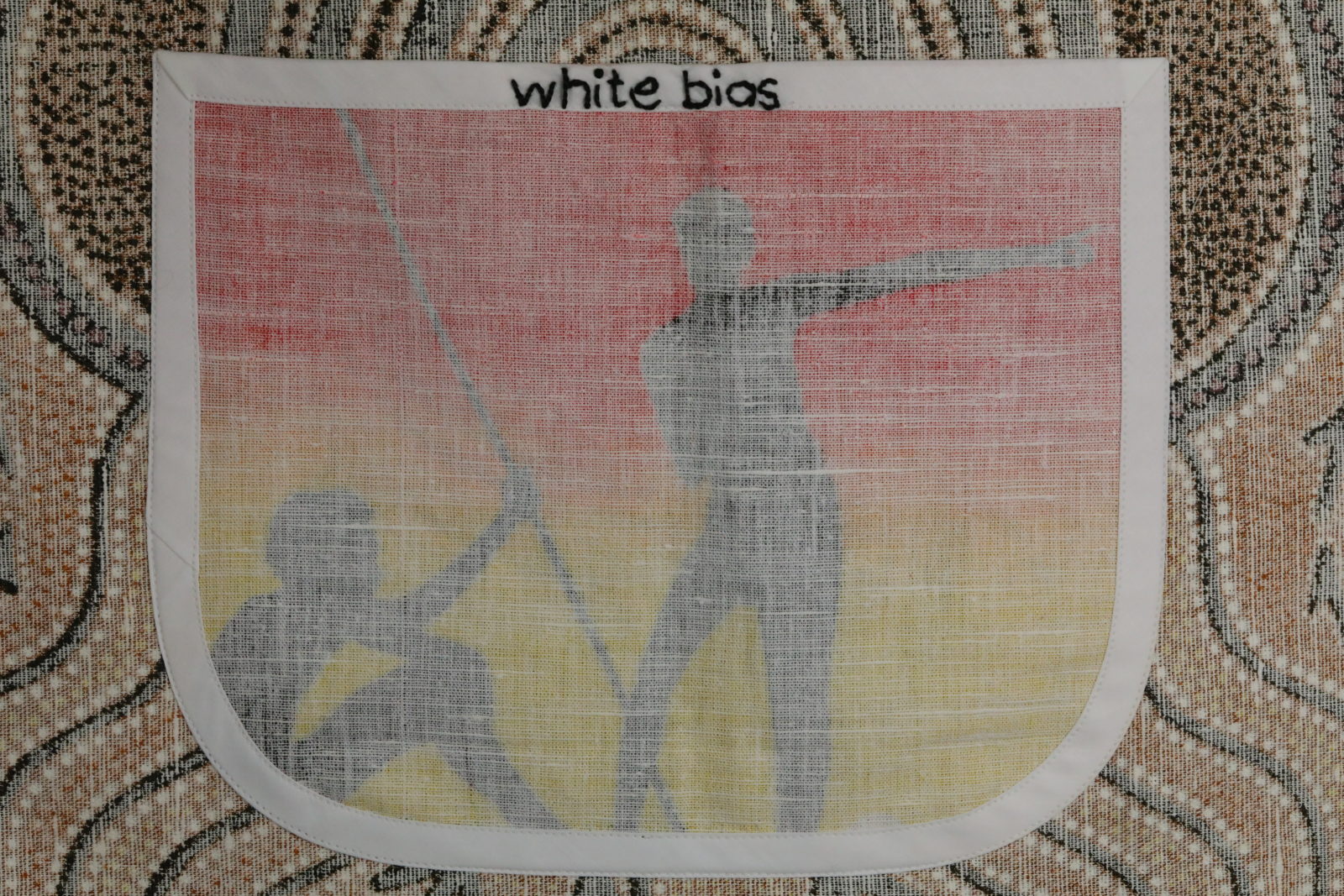 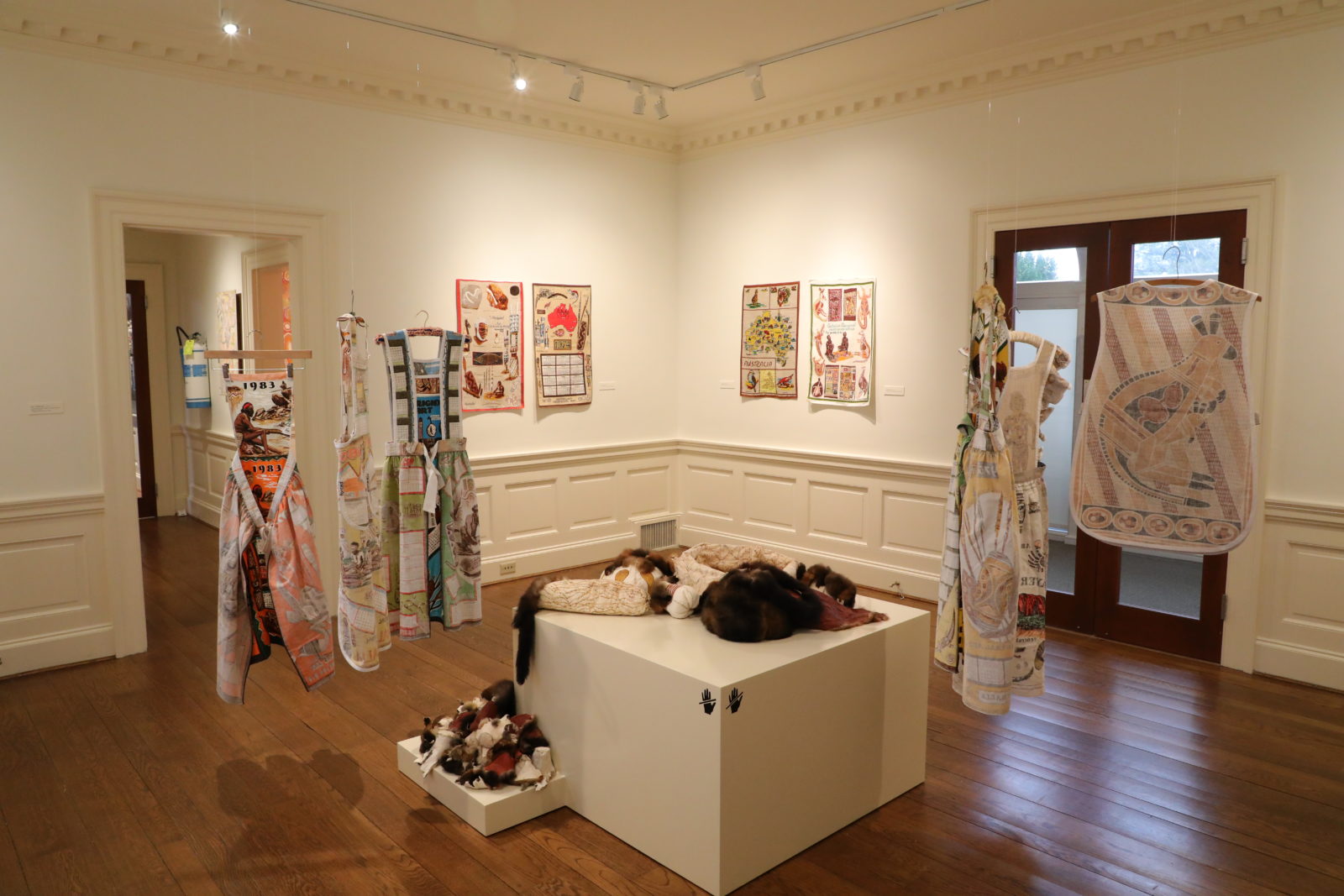 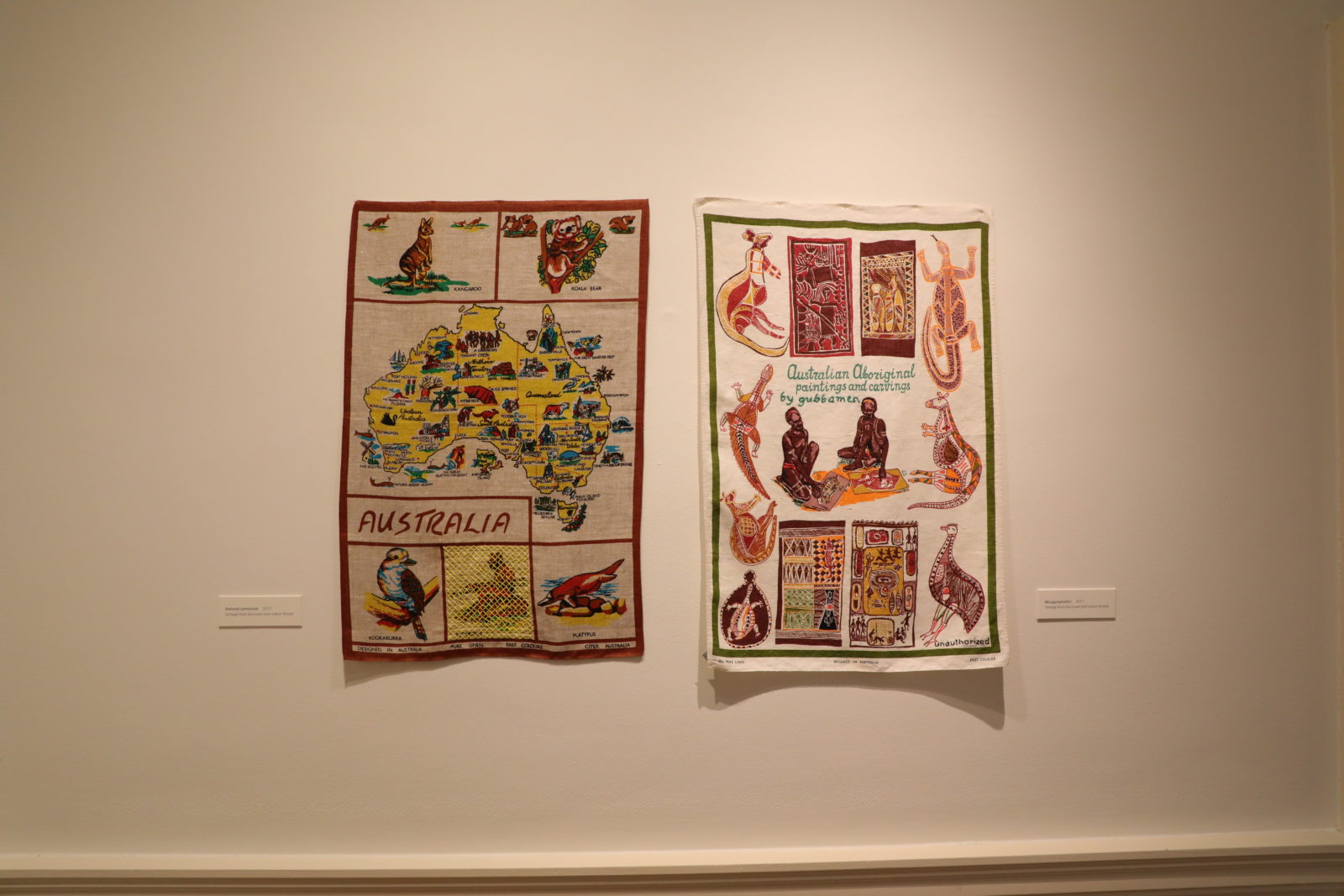 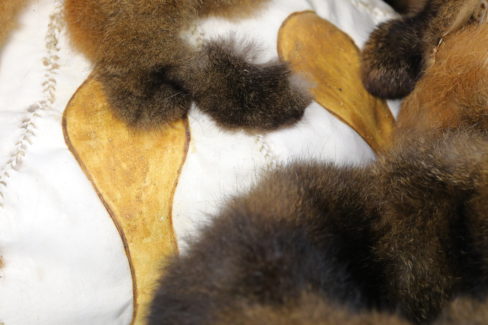 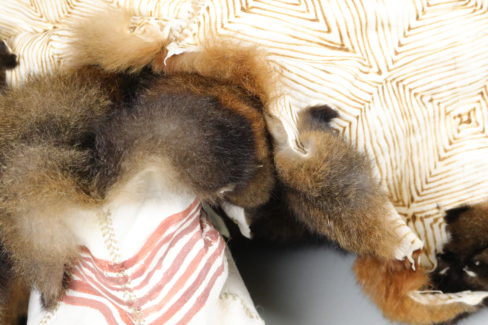 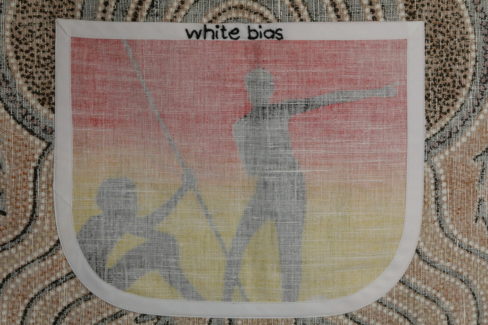 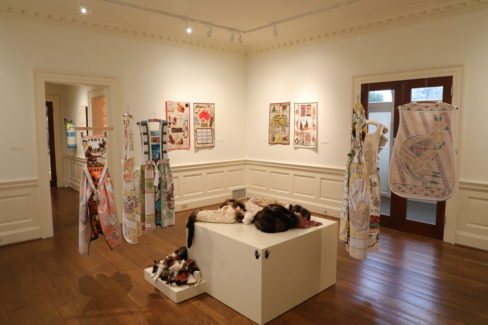 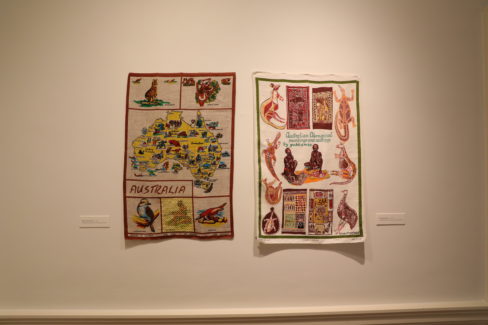 "Artifacts are vehicles of remembering, an active belonging to cultural practices." - Carol McGregor

For this exhibition, Carol McGregor constructed an installation from tea towels and natural possum skins. Since the 1950s, linen tea towels produced for the tourist trade have either stolen Aboriginal designs or misrepresented Aboriginal people as “primitive.” McGregor collected them, cut them up and reconstructed them as aprons, subverting the original meaning by turning them inside out and embroidering her own messages on top of them. To this she added a series of bags made from natural possum skins. Possum skins were historically sewn together into cloaks for practical purposes (as coats, blankets, baby wraps or rugs in winter), but were also incised and painted with sacred designs, serving as containers of Indigenous identity. By placing these two textile artworks in conversation with each other, McGregor exposes the harm done by the ongoing misrepresentation of her identity in the tea towels, while also making a statement about the complex and sophisticated identities mapped on possum skins. Carol McGregor visited Charlottesville February 1 – 27 as an artist-in-residence in partnership with Australia Council for the Arts.

Carol McGregor is an Indigenous Australian artist of Wathaurung and Scottish descent. She holds a Bachelor’s in Contemporary Australian Indigenous Art and Fine Art from the Queensland College of Art, and is currently pursuing a Doctorate in Philosophy from Griffith University. Her work is held in major public and private collections in Australia. Check out her website here.

Carol McGregor: “Not a Calendar Girl” by Louise Martin-Chew