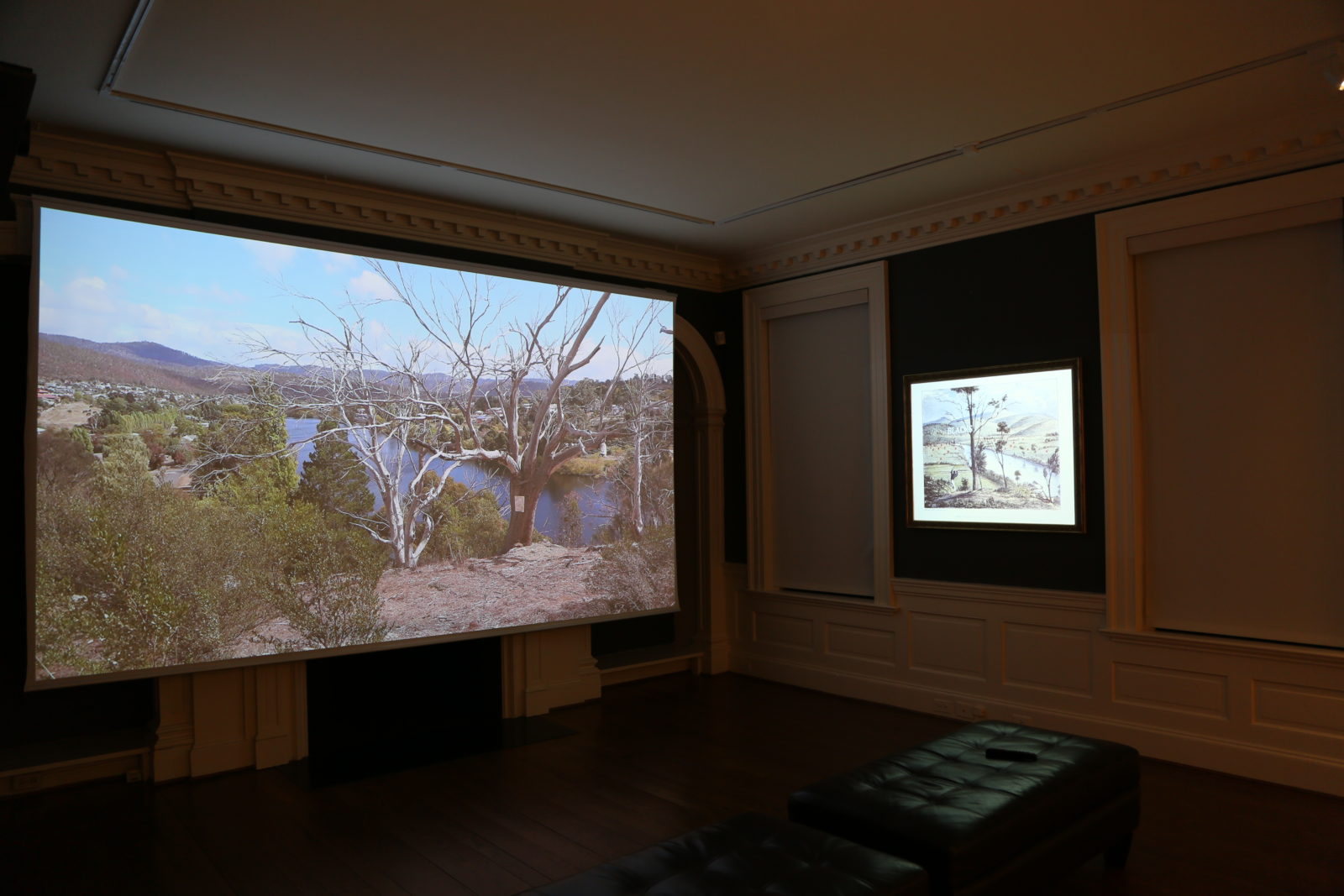 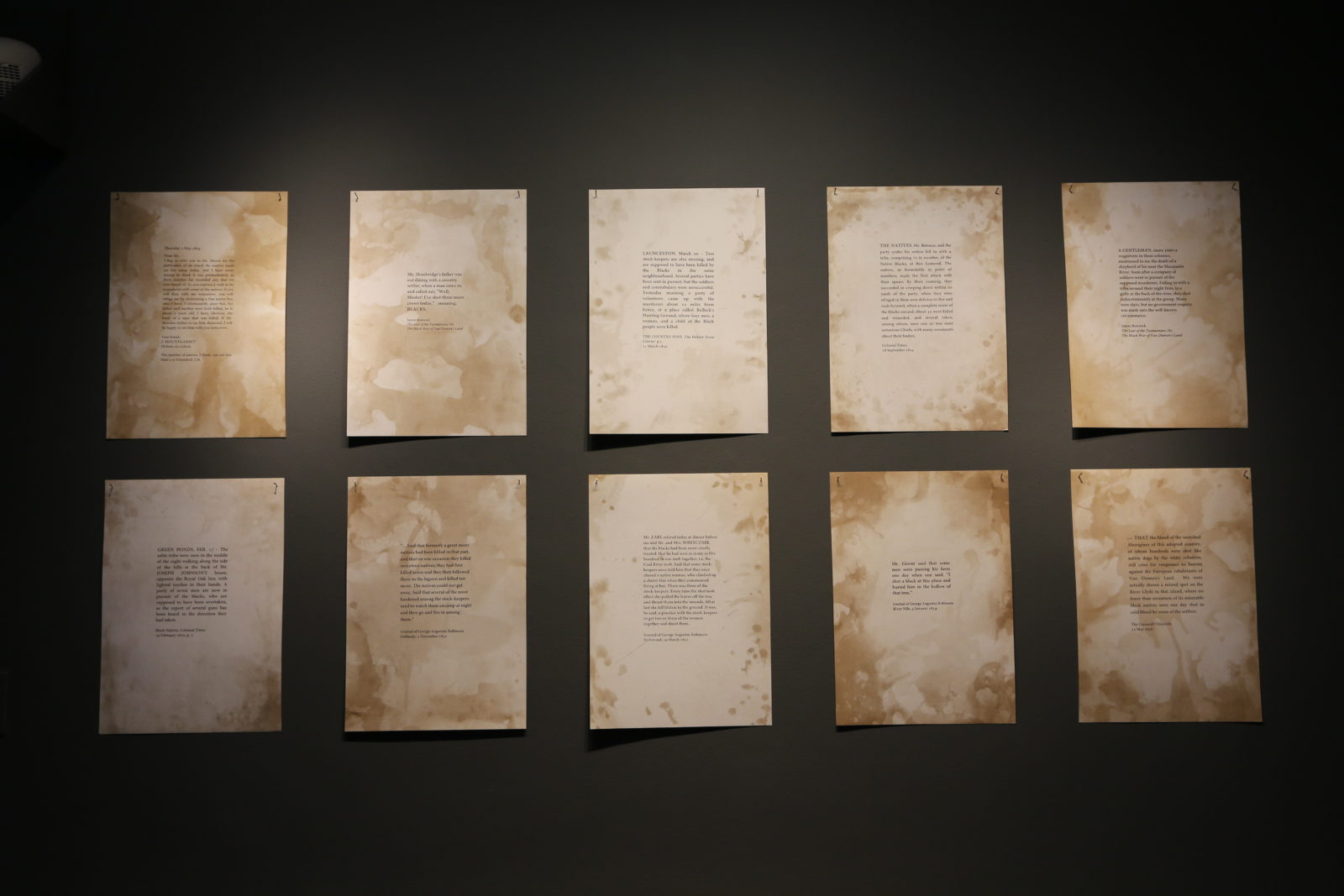 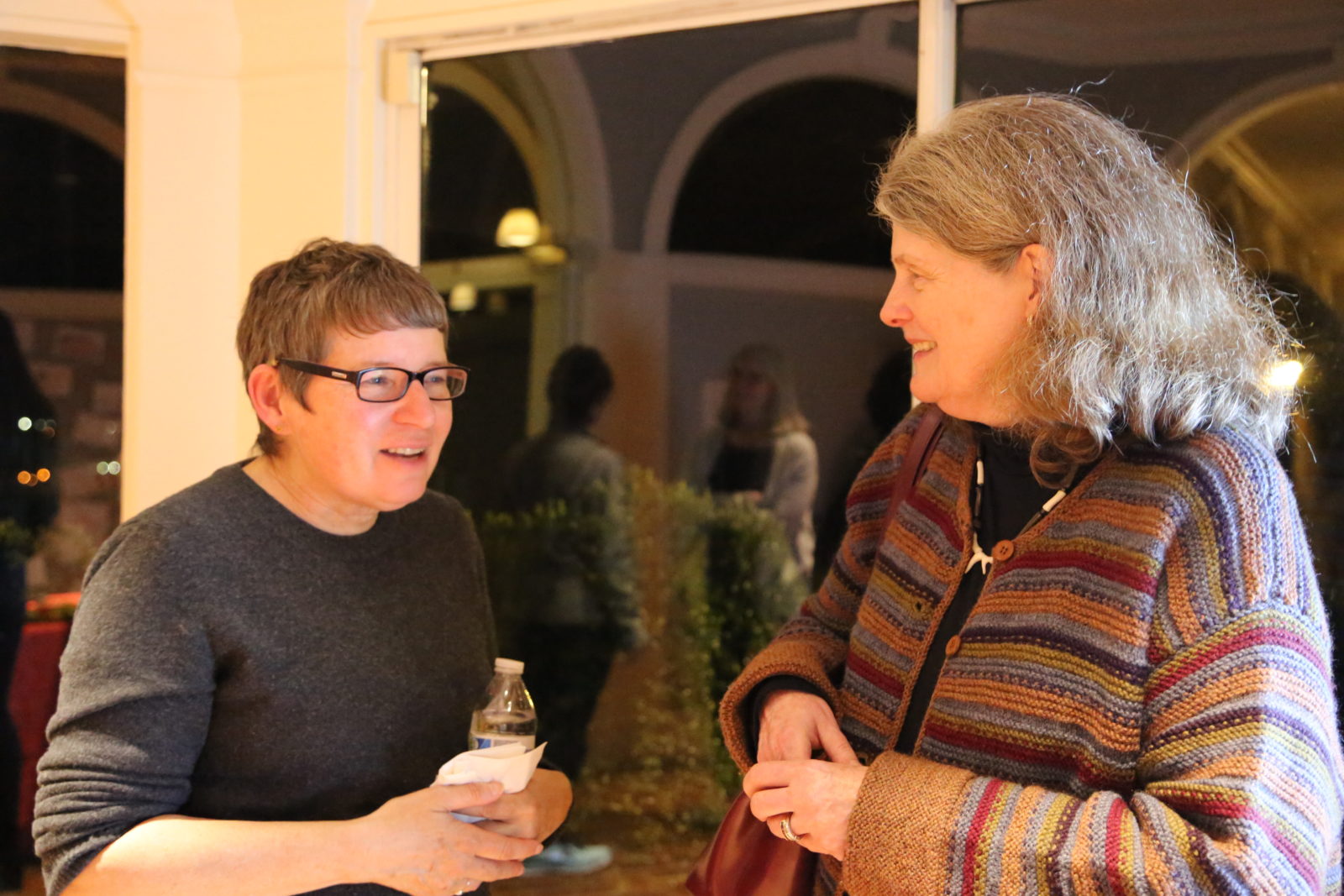 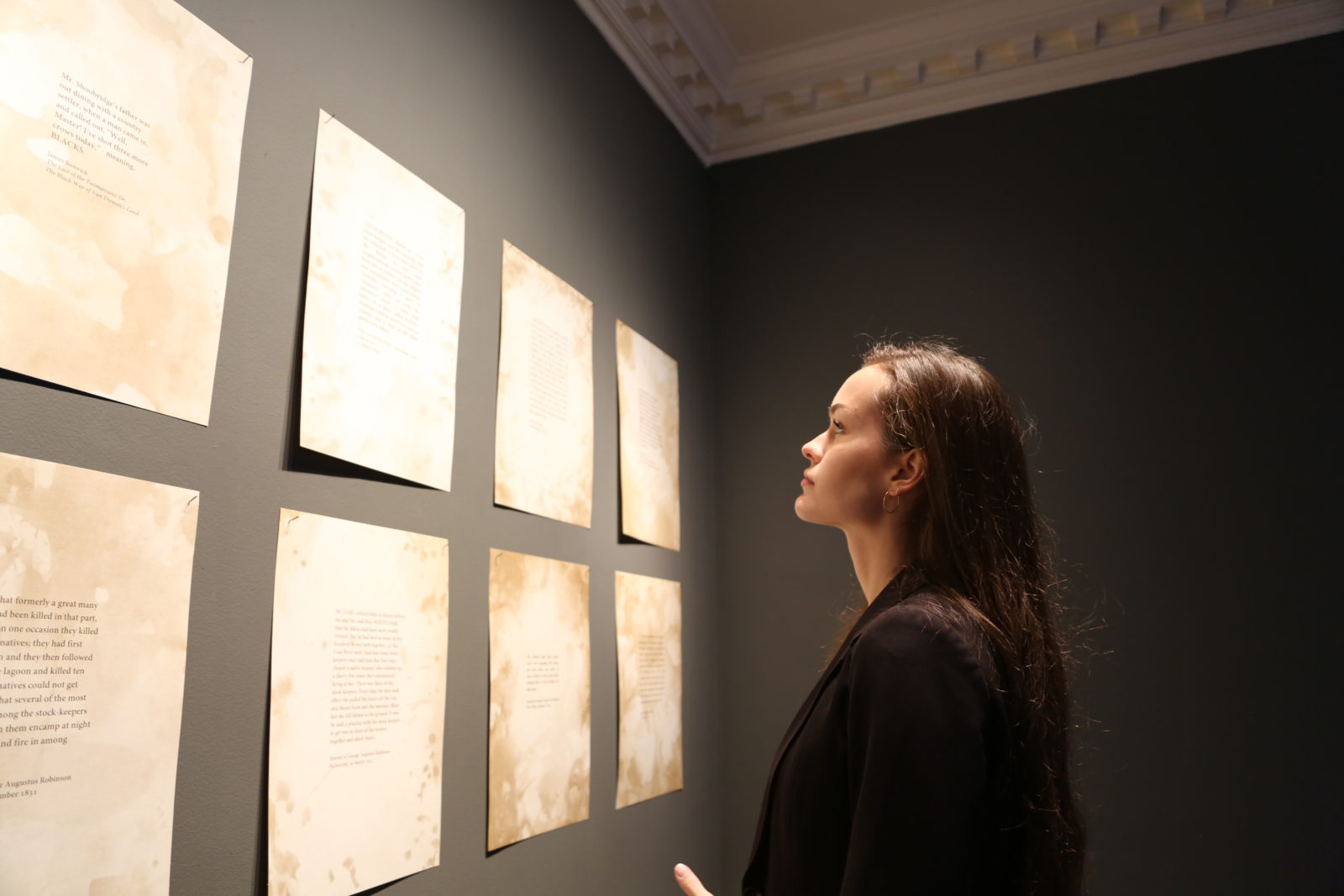 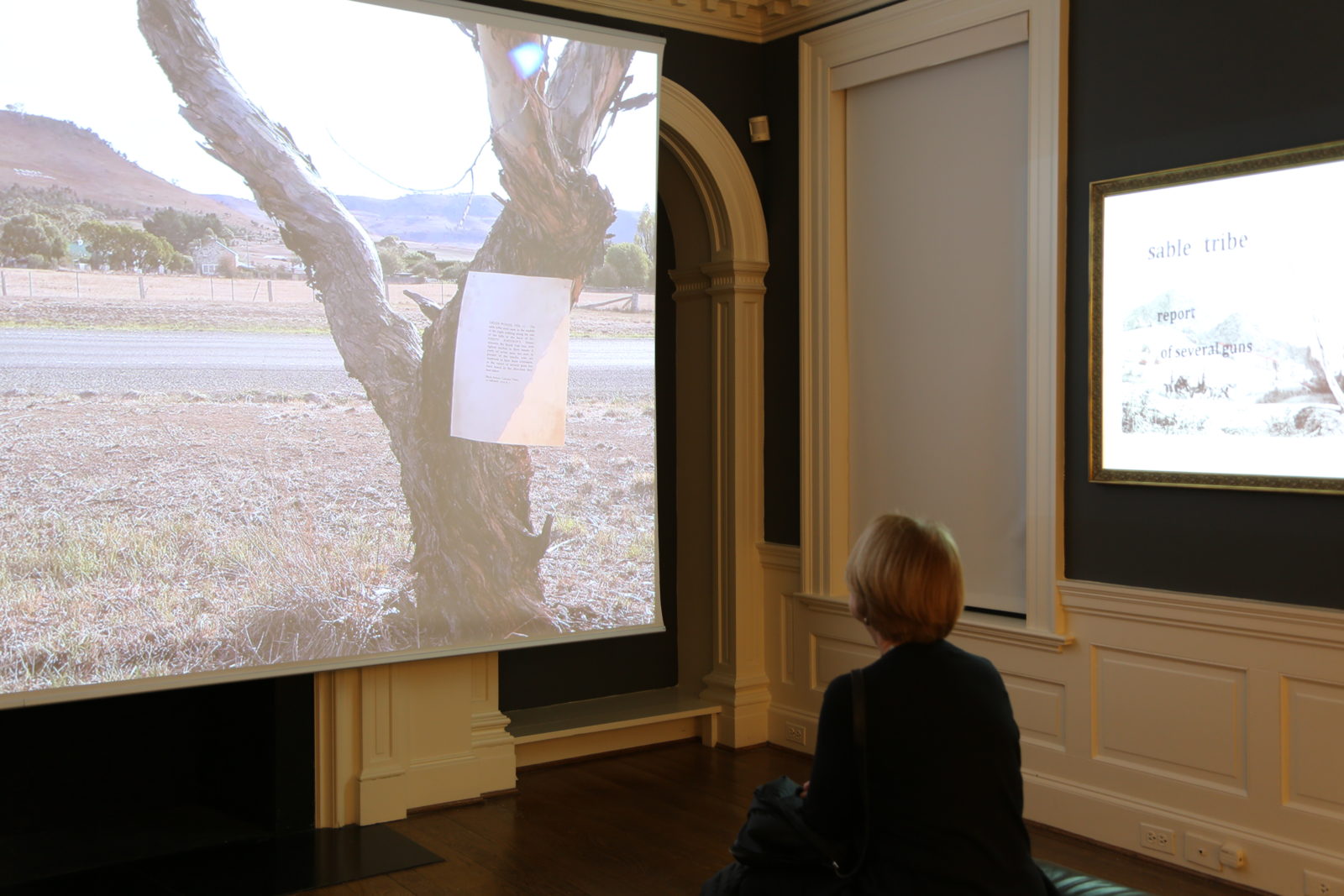 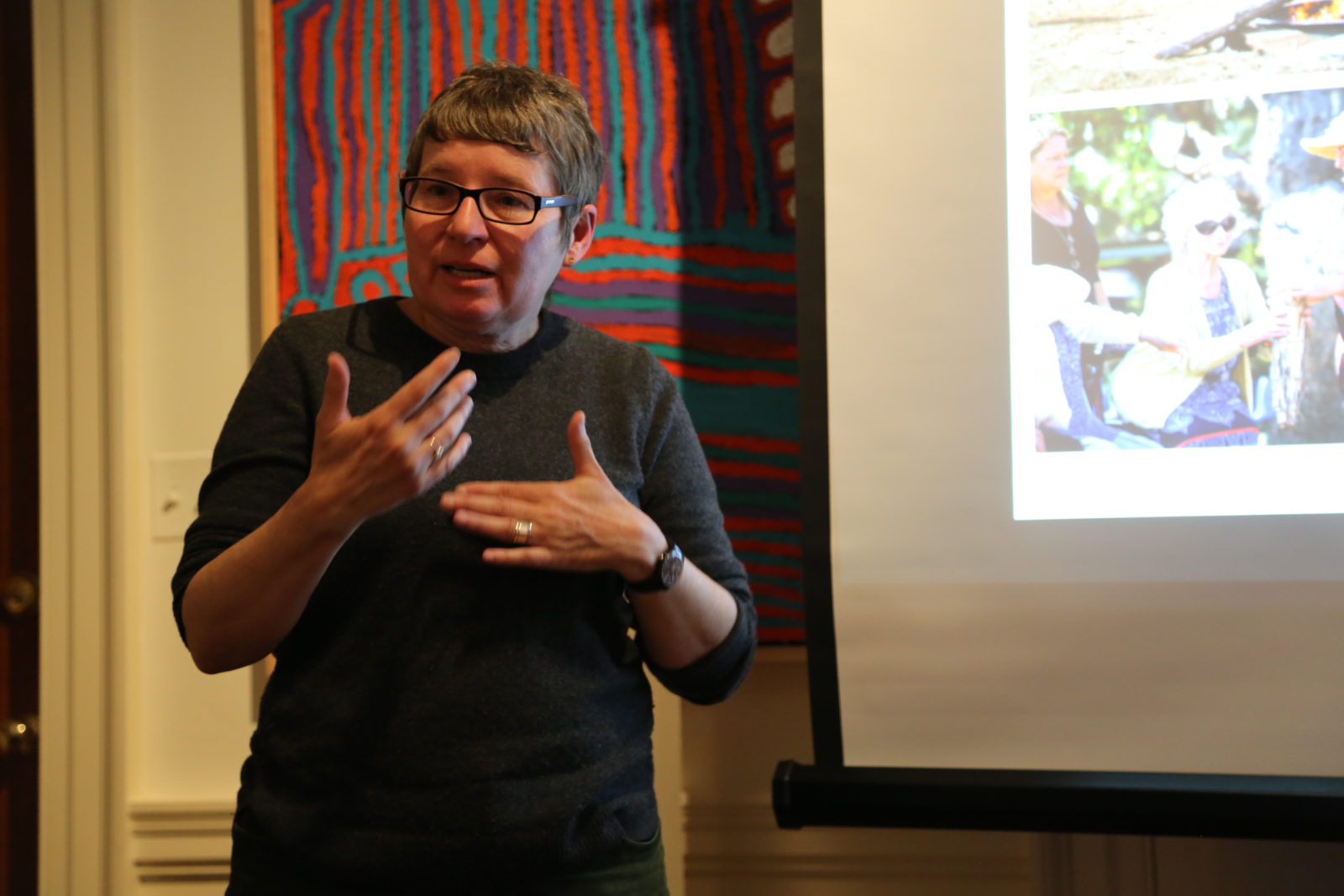 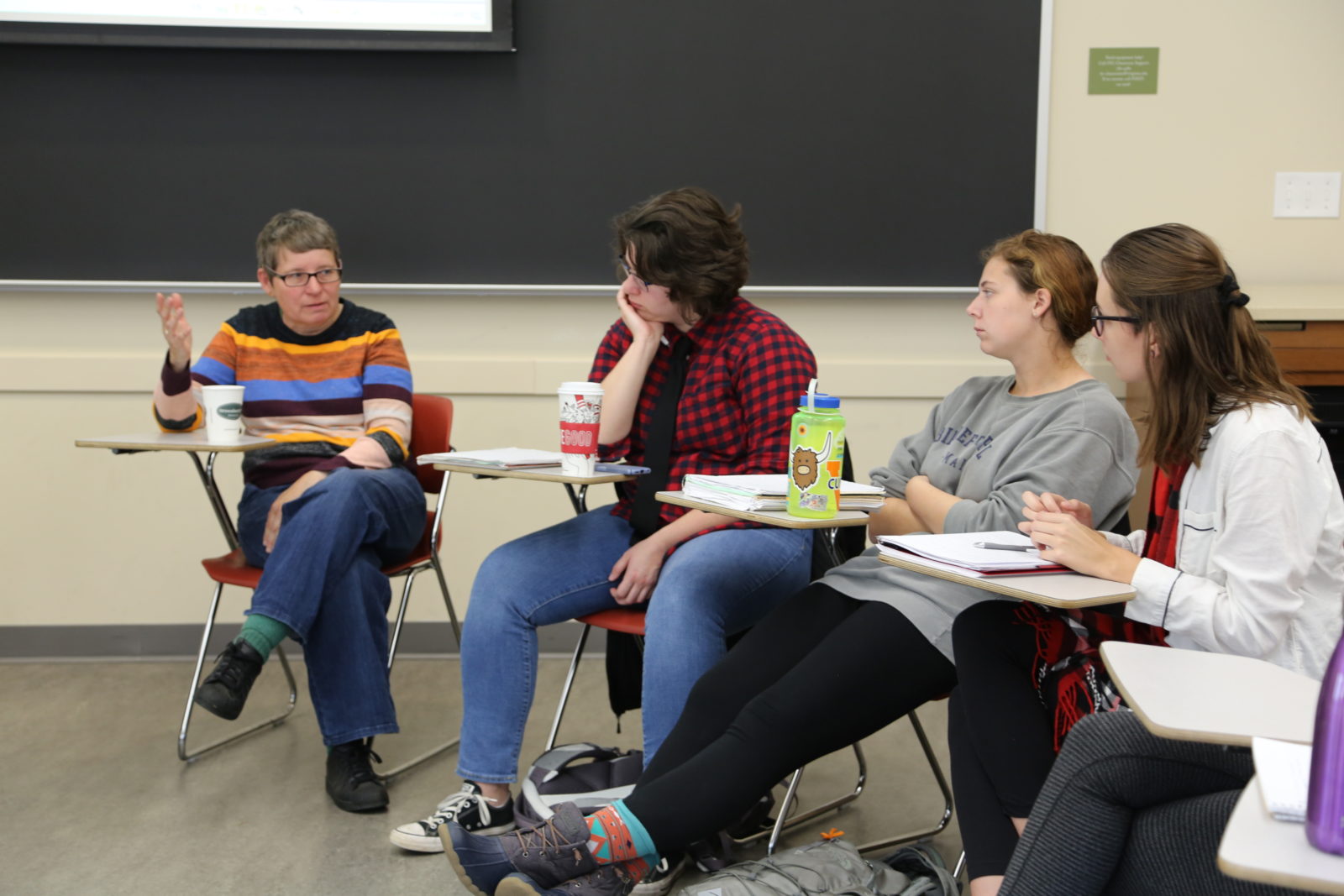 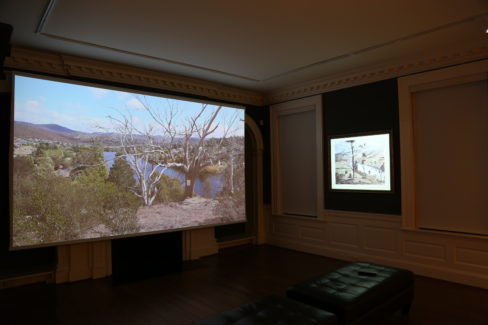 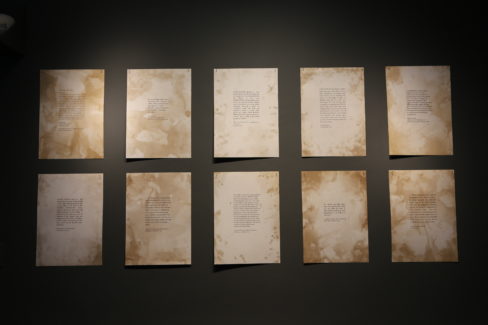 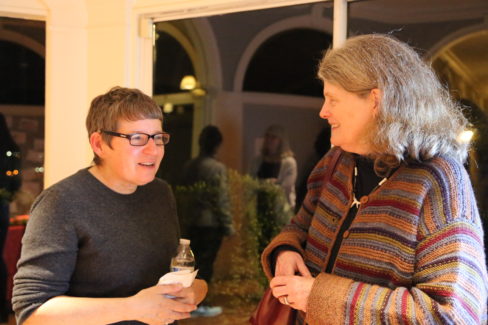 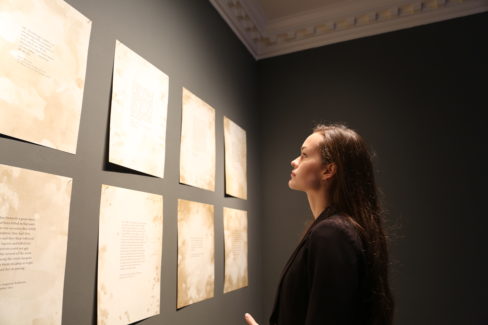 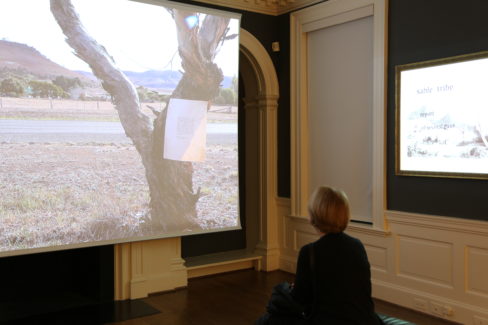 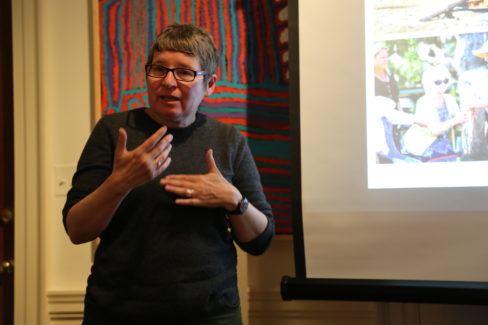 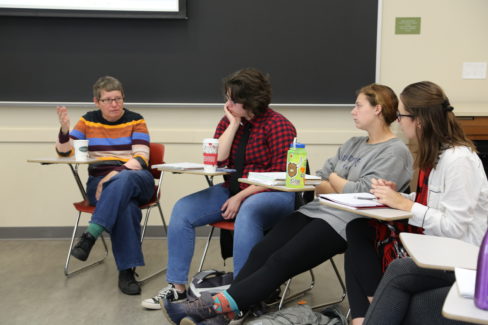 "My work is concerned with developing a visual language to express and engage with conflicting and subsumed histories. A key intention is to invite a viewer to a closer understanding of our continuing roles in, and proximity to unresolved National stories- narratives of memory, time, absence, location and representation." - JULIE GOUGH

For Hunting Ground, Tasmanian artist Julie Gough did extensive research into how Tasmania went from plentiful hunting grounds for Indigenous people to a land where those same people were hunted down when it was invaded and colonized by the British in the 19th century. After researching the massacres that took place, only some of which are known and documented, Gough created her own memorials to those dark events with prints, and filmed them posted them where they occurred, re-inscribing the land with an almost forgotten history.

Julie Gough was a resident artist at Kluge-Ruhe in October and November of 2017. She guest-lectured to a number of UVA classes in various departments, and presented an artist talk and a gallery tour at the museum. A key component of her residency was a symposium titled “Monumental Meanings: Indigenous Perspectives on Monuments and Memorials in Charlottesville and Beyond.” Gough joined Karenne Wood (Monacan), Jeffrey Hantman and UVA student Ben Walters (Nottaway) to discuss their perspectives on monuments and memorials that include, reference feature or honor Indigenous people.

Julie Gough is a Trawlwoolway artist, freelance curator and writer who lives in Hobart. Traditionally from Tebrikunna in far northeast Tasmania, her family have lived in the Latrobe region of Tasmania since the 1840s. Gough’s paternal heritage is Scottish and Irish. Her current work in installation, sound and video provides the means to explore ephemerality, absence and recurrence. Julie holds a Doctorate and a Bachelor’s in Visual Arts from the University of Tasmania, a Masters degree from Goldsmiths College, University of London, a Bachelor’s in Visual Arts from Curtin University and Bachelor’s in Prehistory and English Literature from the University of Western Australia. Since 1994 Gough has exhibited in more than 130 exhibitions and her work is held in most Australian state and national gallery collections. She is represented by Bett Gallery, Hobart.