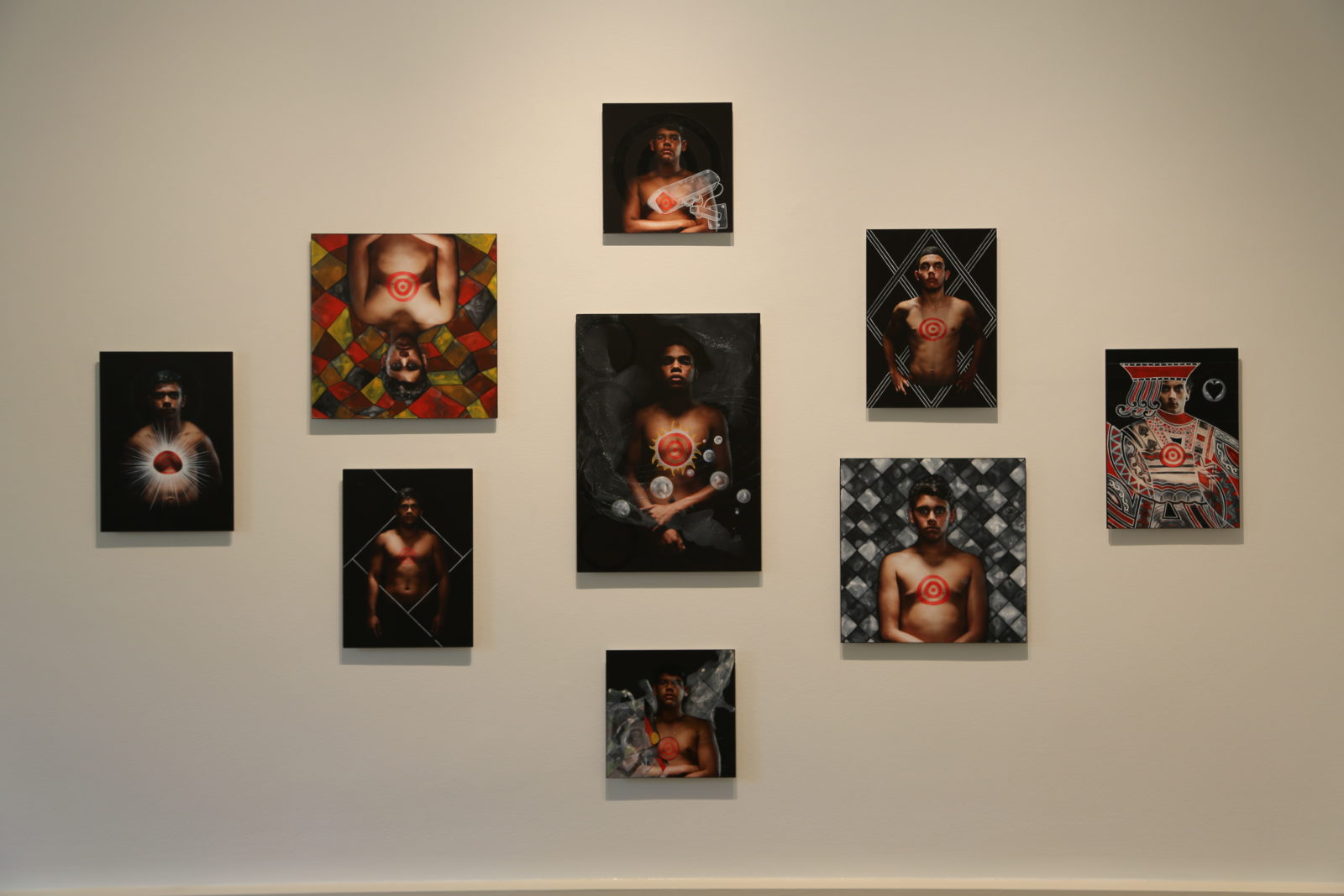 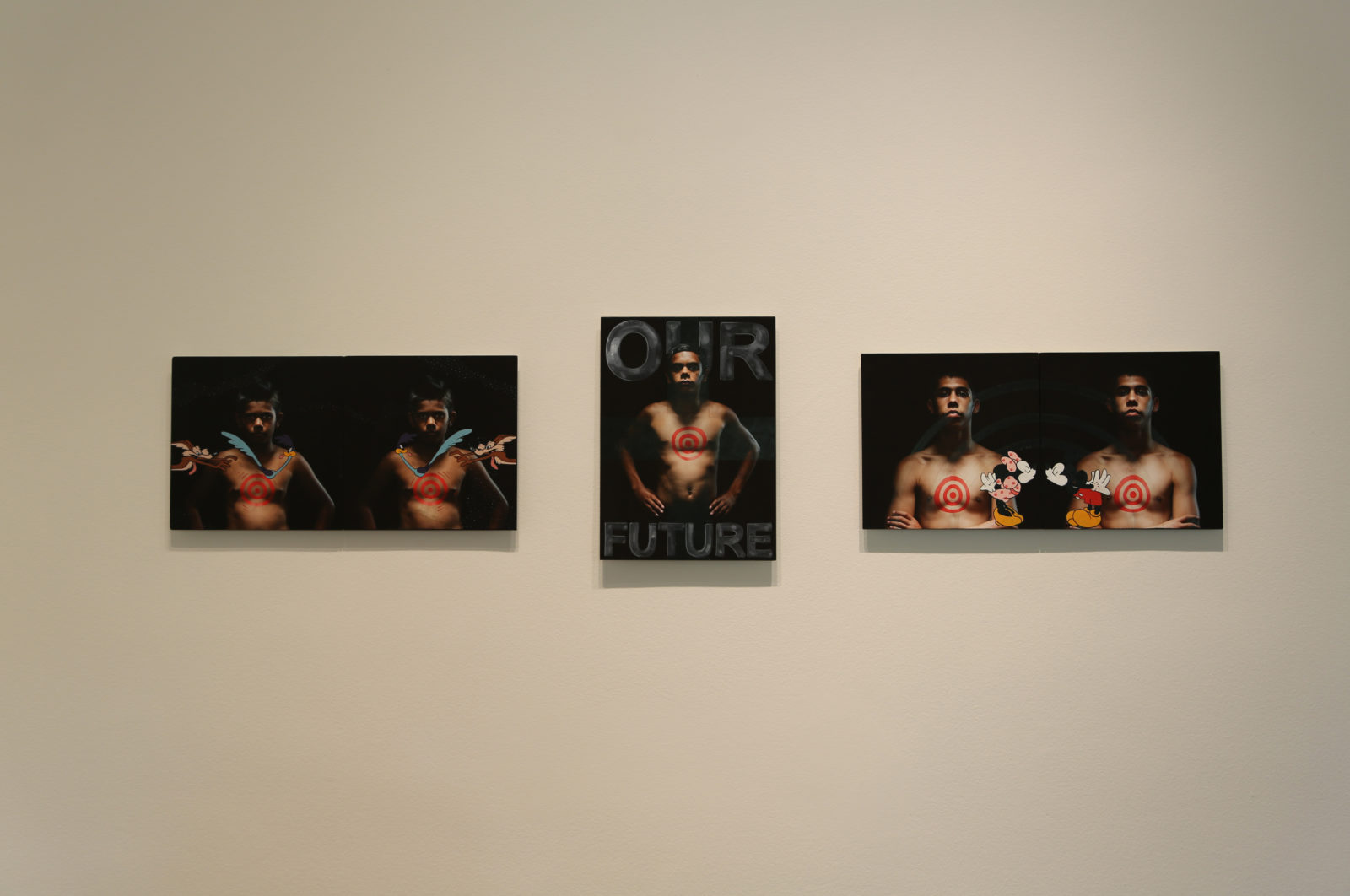 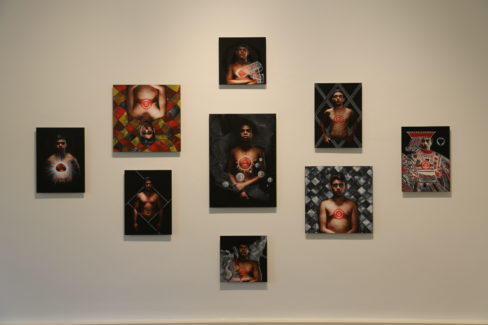 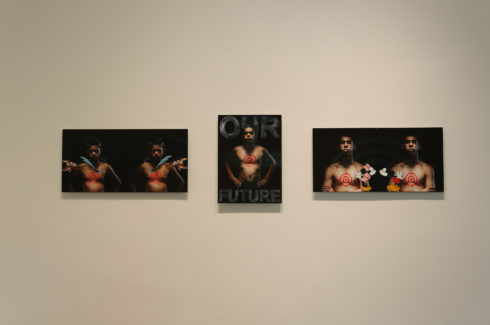 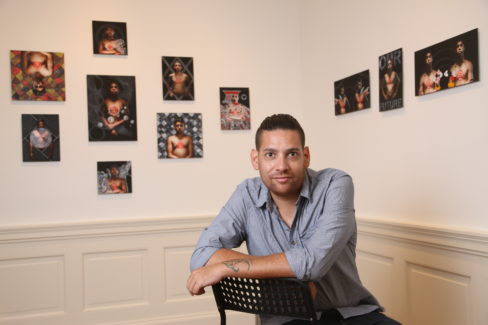 "The ideas that I’m looking at stem from a human condition, rather than just being Aboriginal… [I’m] looking at it on a much broader social and political level, than just honing in within Australia or an Aboriginal context." - TONY ALBERT

Tony Albert’s Brothers engaged with issues of race, police violence, discrimination and identity. This single installation features twenty-six portraits of young Aboriginal men with targets painted onto their chests, as well as designs and symbols that Albert associates with strength and resistance. Albert was inspired by events that took place in Sydney in 2012, when two teenage Aboriginal joyriders were shot and injured at the hands of police. Following this, a protest was held at Sydney’s Town Hall, and friends of the victims appeared with targets drawn on their chests. For Albert, the target symbolizes the daily experiences of being racially targeted. It also refers to the stereotypes applied to Aboriginal people as a result of government policies, such as the Northern Territory Intervention. Moving Targets, a 2015 film depicting a dance commissioned by Albert and choreographed by Stephen Page of Bangarra Dance Theatre, was also featured in this exhibition. This exhibition was presented in partnership with Australia Council for the Arts, Sullivan + Strumpf, Carriageworks and Debra and Dennis Scholl.

Tony Albert visited Kluge-Ruhe with his then-curator Liz Nowell in July 2015. Albert gave several public lectures and participated in ARTinstead, an event celebrating NAIDOC week that explored the role of art in addressing racial justice in our world.

Tony Albert is a Girramay artist. His work is held in numerous public and private collections internationally. In 2014 he won both the $100,000 Basil Sellers Art Prize and the prestigious $50,000 Telstra National Aboriginal and Torres Strait Islander Art Award. He is known internationally and recently unveiled a major commission in Sydney’s Hyde Park, a monument dedicated to Australia’s Indigenous military service men and women.