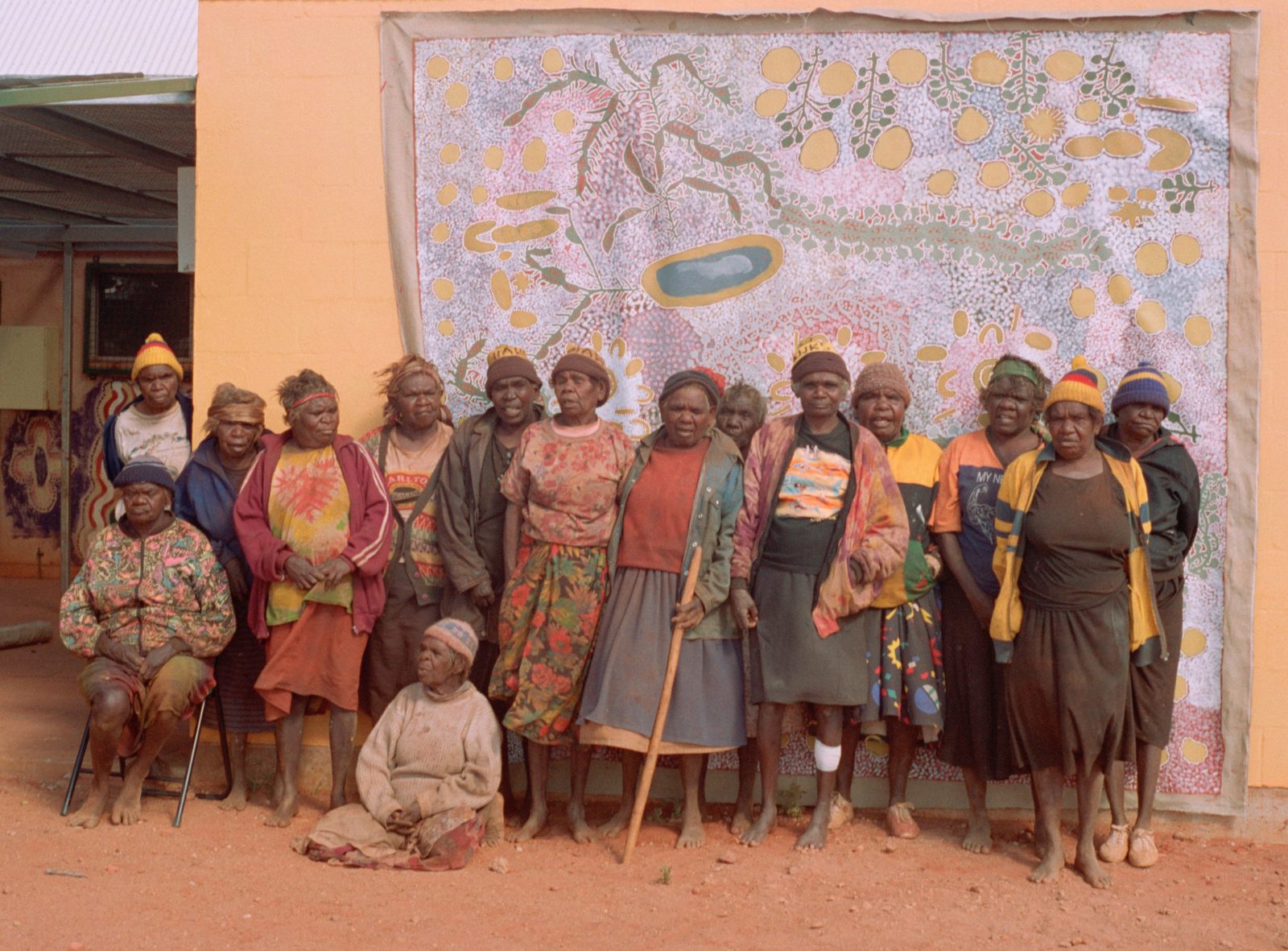 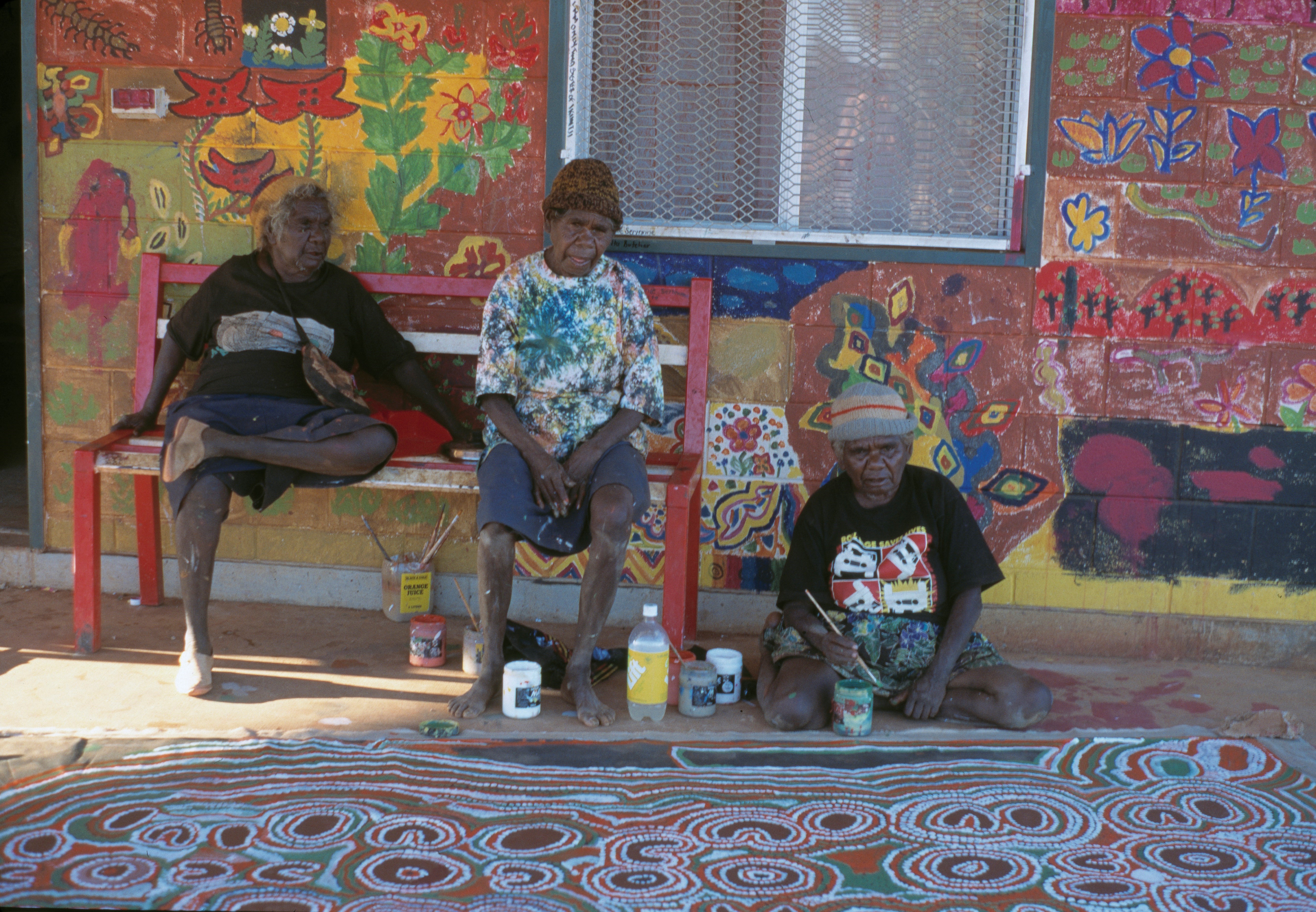 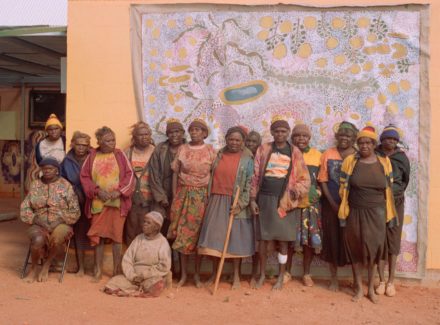 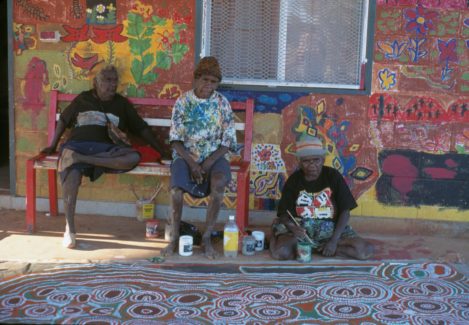 Lecture by Marina Strocchi: “Family Connections: The Rise of Aboriginal Women’s Painting in the Desert”

Followers of the Papunya Tula Artists Company (PTA) would be acutely aware of the high percentage of female artists in the ranks. This was not always the case. PTA started as a men’s company, though included around half a dozen women artists over the years until April 1996, when the company took a radical turn and invited a host of Kintore and Kiwirrkurra women to paint for the company.

Preceding this eventful month in the company’s history, a fledging art center at Haasts Bluff and me, its manager, fulfilled a “deal” brokered by the Kintore women. “We danced for you… we want big canvas.”

This presentation unfolds the brokering done by a group of women who I referred to as “the dancing women.” In 1992, the newly established Ikuntji Women’s Center (later known as the Ikuntji Art Center) was known as a place to paint in the desert. Through family connections the word spread to Kintore. I visited Kintore in 1992 and saw a series of remarkable murals which sparked my curiosity about these women who wanted to paint.

In this presentation, Family Connections, film footage spanning 1993 to 1995 tells the story of a ceremony at Haasts Bluff, two painting camps and a celebration at the exhibition of nearly fifty works done by an extraordinary group of women, assisted by their relatives from Haast Bluff. It is a moment in time captured before these women went on to paint full time and enjoy international recognition in the art world so far away from their lives.

Marina Strocchi was born in Melbourne in 1961. After a decade working in community arts in 1992 she landed in a remote indigenous community named Haasts Bluff in the Northern Territory. Invited to start up the “women’s centre” it quickly evolved into an arts center (with the assistance of her partner Wayne Eager). A bilingual book was published on the art and stories and artists’ careers were launched. Strocchi maintained her own arts practice of painting and exhibiting during this time. Since leaving at the end of 1997 Strocchi has worked for Papunya Tula (1999) and been a tutor and lecturer at Batchelor College. Since 2001 she has pursued her own painting and maintains regular contact with remote art centers through delivering drawing and painting workshops. Strocchi and Eager participated in the Aralya Project currently on exhibition at Tarnanthi in Adelaide.