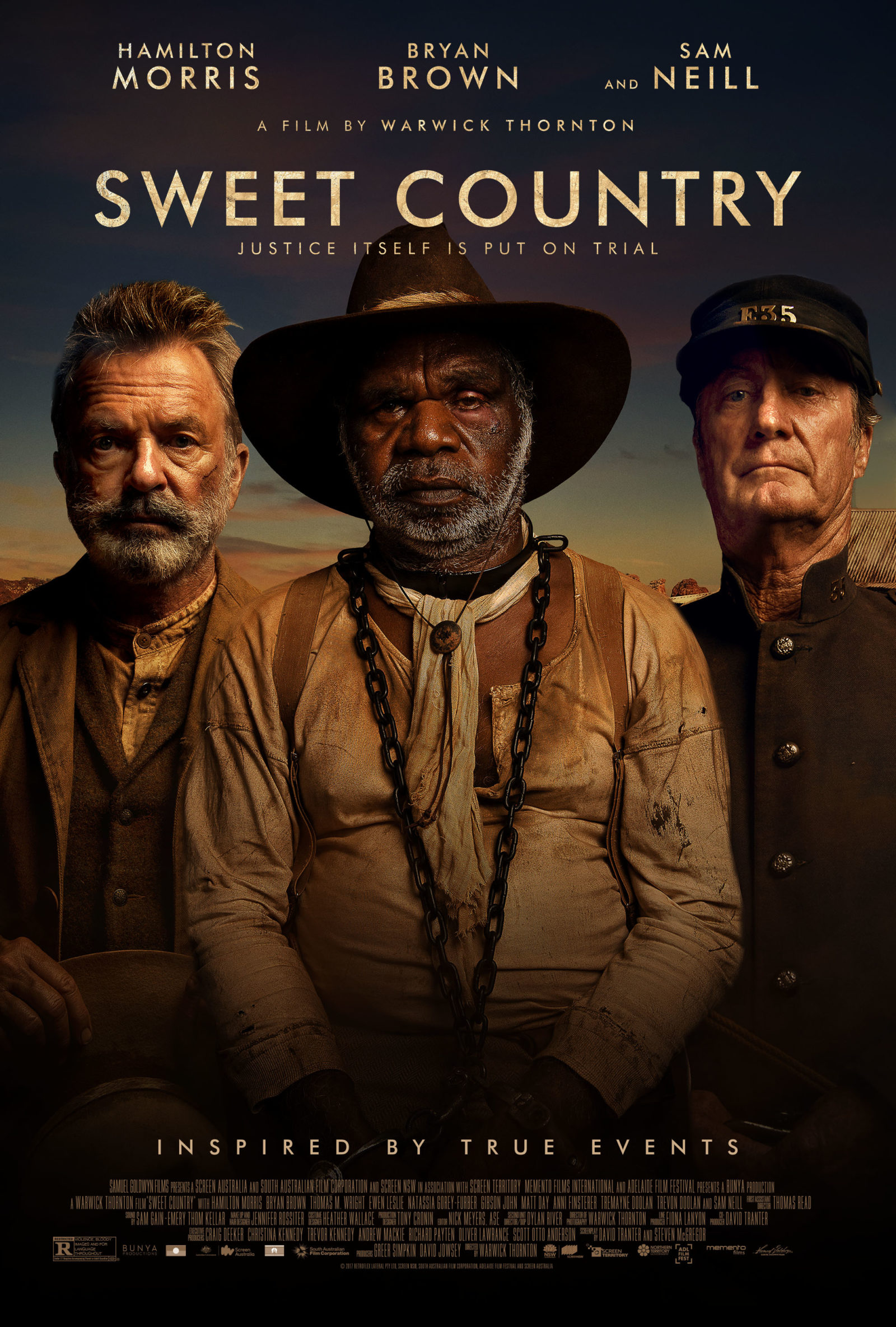 Set in frontier Australia in 1929, Sweet Country is a story told by two Indigenous Australian filmmakers (Warwick Thornton and David Tranter) and is inspired by true events. When an Aboriginal man named Sam Kelly kills a white rancher in self-defense, he goes on the run with his wife across the outback to escape a posse sent to bring him to justice. The white man was a soldier, nasty, brutish and bent on misusing the indigenous workers around him. They’re not slaves exactly, but they work for whites, for rations only, and are subject to the whims of their bosses.

Vogue called Sweet Country “a movie that deserves our attention—a Western, a meditation on colonial racism, and an old-fashioned tragedy.” Sweet Country has a rating of 96% on Rotten Tomatoes and was given 4 stars in this Washington Post review.

This screening is a celebration of Indigenous Peoples’ Day on October 14. Both filmmakers are Indigenous, and this truth-telling film charts a common history of violence toward Indigenous people. Refreshments will be provided, and a brief discussion will follow.