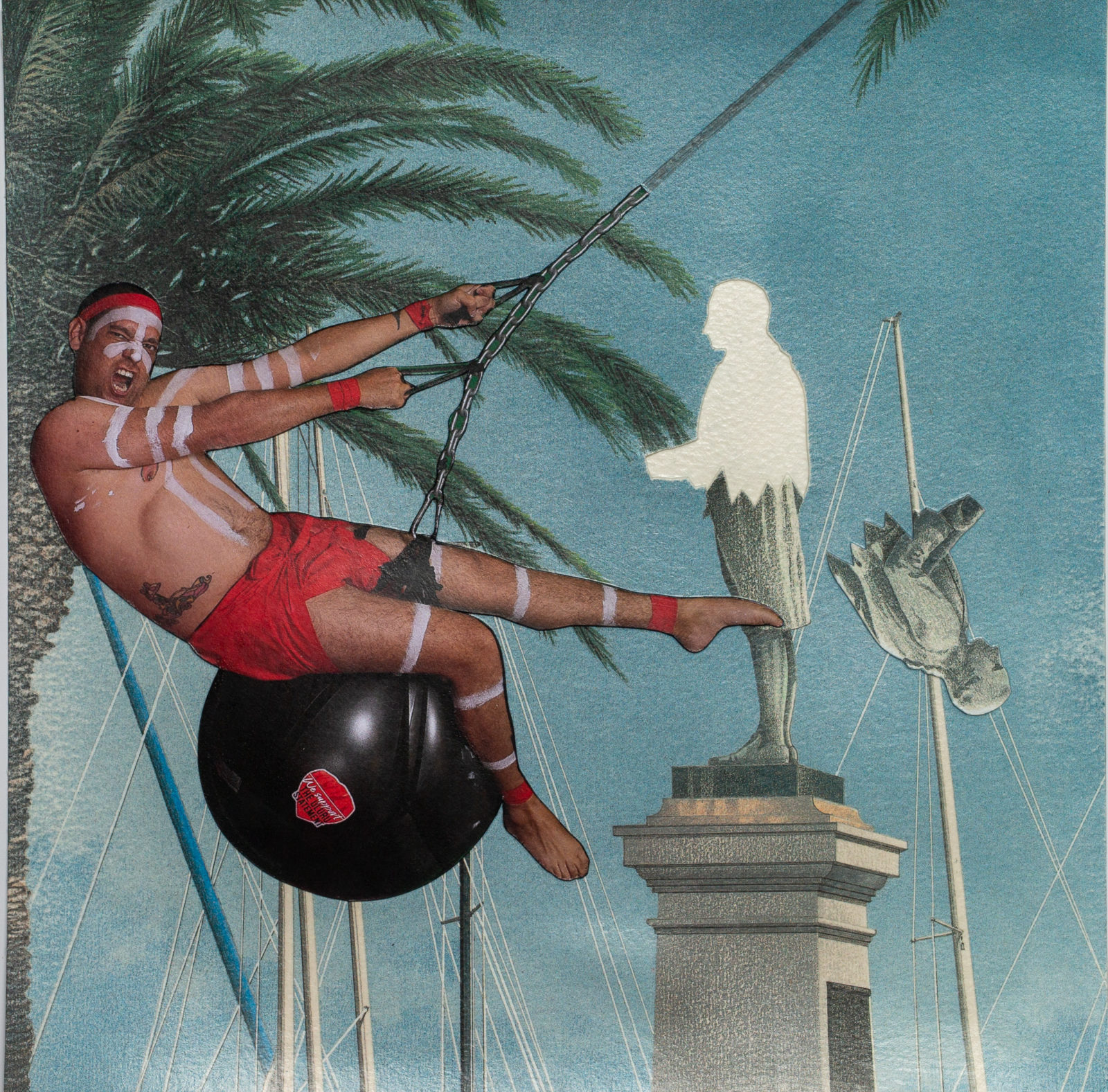 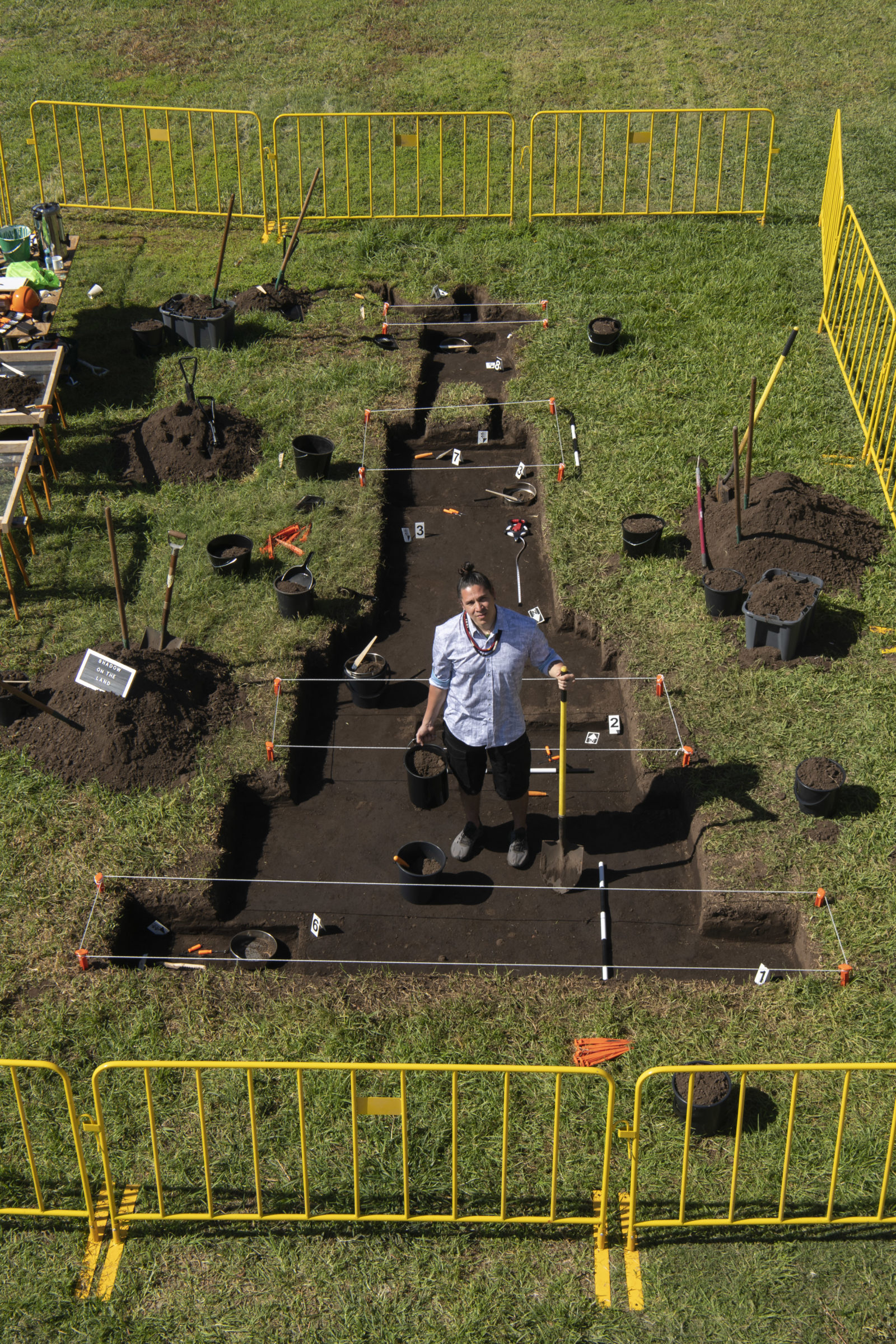 icholas Galanin, Shadow on the land, an excavation and bush burial, 2020, site-specific installation. Image courtesy the artist.
1 / 2
Link
Share
Back to Events 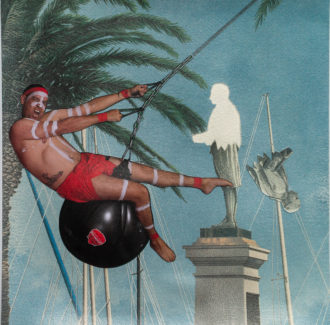 Like a Wrecking Ball: Using Art and Humor to Confront Racist Statues in Australia and the USA

In this timely webinar, Aboriginal Australian artist Tony Albert (Girramay) and Native American artist Nicholas Galanin (Tlingit-Unangax) will discuss the power of art and humor to address problematic statues honoring colonial legacies. How do public monuments, in both the USA and Australia, contribute to the erasure of Indigenous peoples and how do they normalize violence and racism? How can contemporary art about statues be a force for social change? These questions and more will be explored and discussed, moderated by UVA scholar-activist Jalane Schmidt. Co-presented by the Kluge-Ruhe Aboriginal Art Collection of UVA and the Fralin Museum of Art and sponsored by the Mellon Indigenous Arts Initiative. 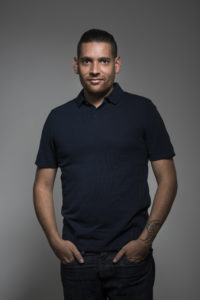 TONY ALBERT is a multidisciplinary artist who investigates contemporary legacies of colonialism, prompting audiences to contemplate the human condition. Drawing on both personal and collective histories, Albert explores the ways in which optimism might be utilized to overcome adversity. His work poses important questions such as: how do we remember, give justice to, and rewrite complex and traumatic histories? Albert’s technique and imagery are distinctly contemporary, displacing traditional Australian Aboriginal aesthetics with an urban conceptuality. Appropriating textual references from sources as diverse as popular music, film, fiction, and art history, Albert plays with the tension arising from the visibility, and in-turn, the invisibility of Aboriginal People across the news media, literature, and the visual world. He has exhibited extensively nationally and internationally, and his work is well-represented in major national and international collections. Photo by Mark Pokorny.

NICHOLAS GALANIN engages contemporary culture from his perspective rooted in connection to land. He embeds incisive observation into his work, investigating intersections of culture and concept in form, image and sound. Galanin’s works embody critical thought as vessels of knowledge, culture and technology – inherently political, generous, unflinching, and poetic. Galanin engages past, present and future to expose intentionally obscured collective memory and barriers to the acquisition of knowledge. His works critique commodification of culture, while contributing to the continuum of Tlingit art. Galanin employs materials and processes that expand dialogue on Indigenous artistic production, and how culture can be carried. His work is in numerous public and private collections and exhibited worldwide. Galanin apprenticed with master carvers, earned his BFA at London Guildhall University, and his MFA at Massey University, he lives and works with his family in Sitka, Alaska. Photo by Rhett Wyman/SMH.

JALANE SCHMIDT is Associate Professor of Religious Studies at the University of Virginia, where she teaches courses on race, religion, and social change movements. She is the author of Cachita’s Streets: The Virgin of Charity, Race & Revolution in Cuba, a study of Cuban national identity, religion, and public events. A scholar-activist in Charlottesville, Virginia, Schmidt plans and leads public history events which focus on Civil War memory, Jim Crow, and local African American history. She and other racial justice activists organized to increase the #MoveTheStatue constituency turnout for Charlottesville’s 2016 Blue Ribbon Commission meetings on the disposition of Confederate monuments, and she cofounded the 2019-2020 Monumental Justice Virginia campaign which successfully overturned a century-old state law which had prohibited localities from removing Confederate statues. Photo by Jessica Gabbay.