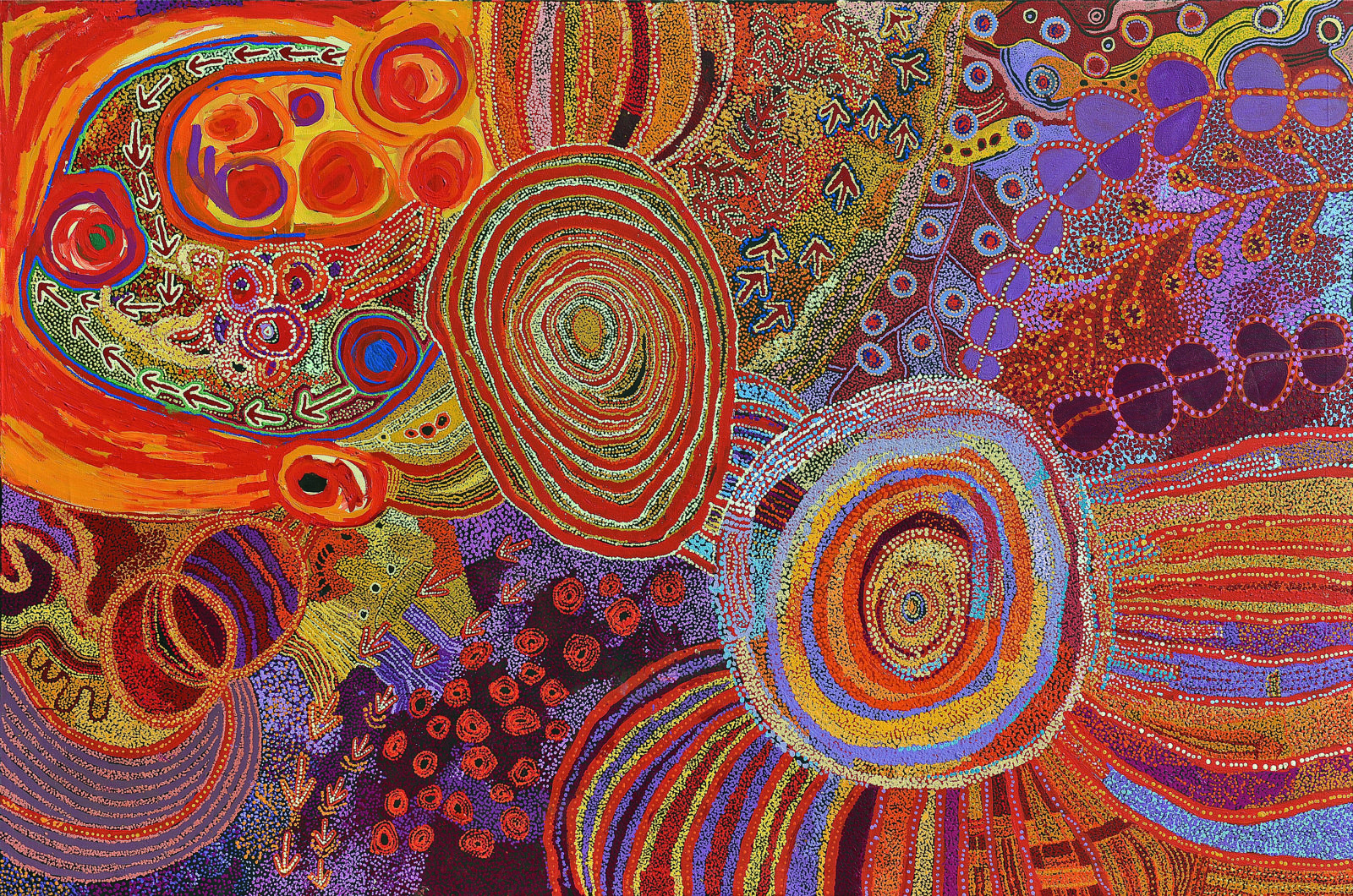 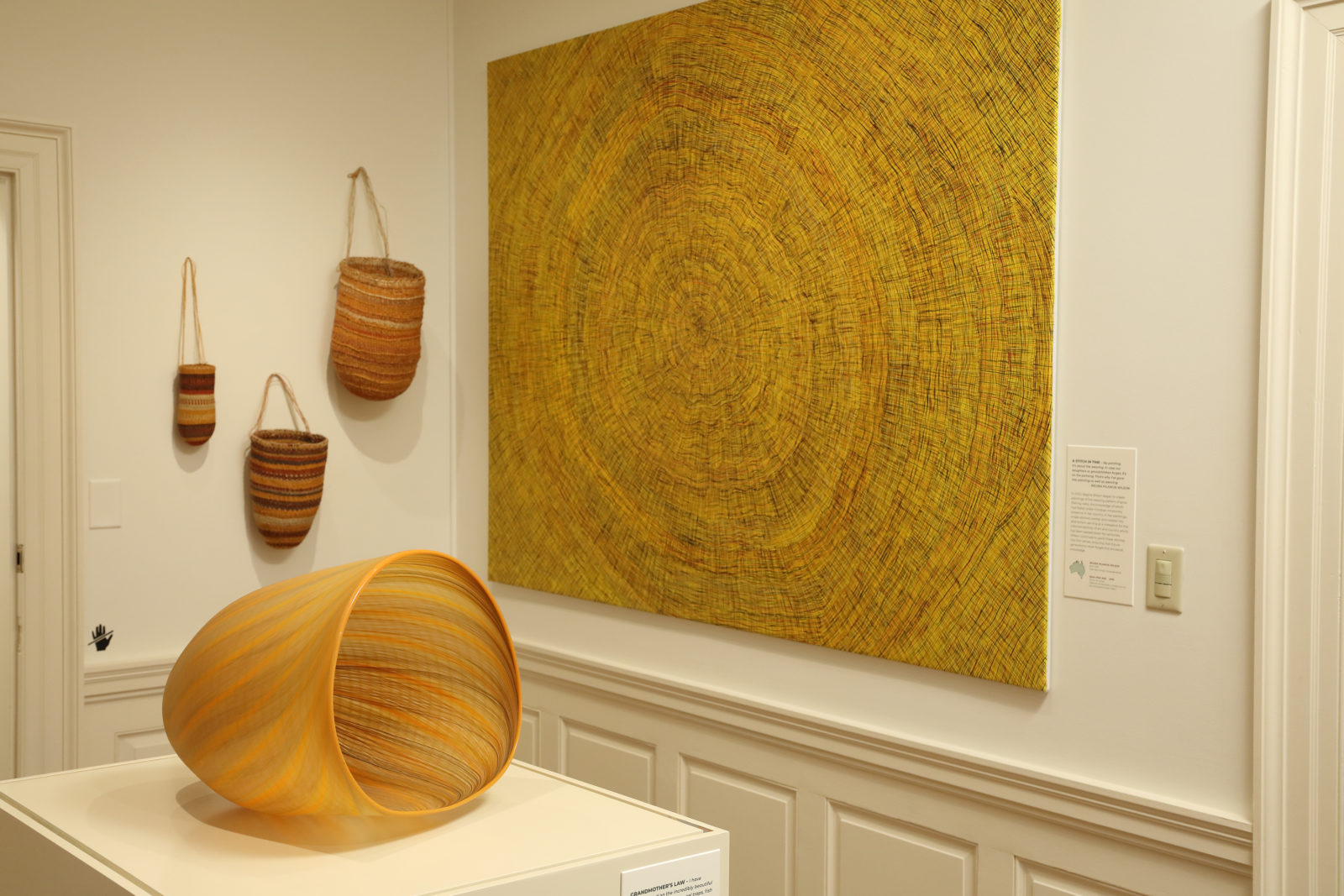 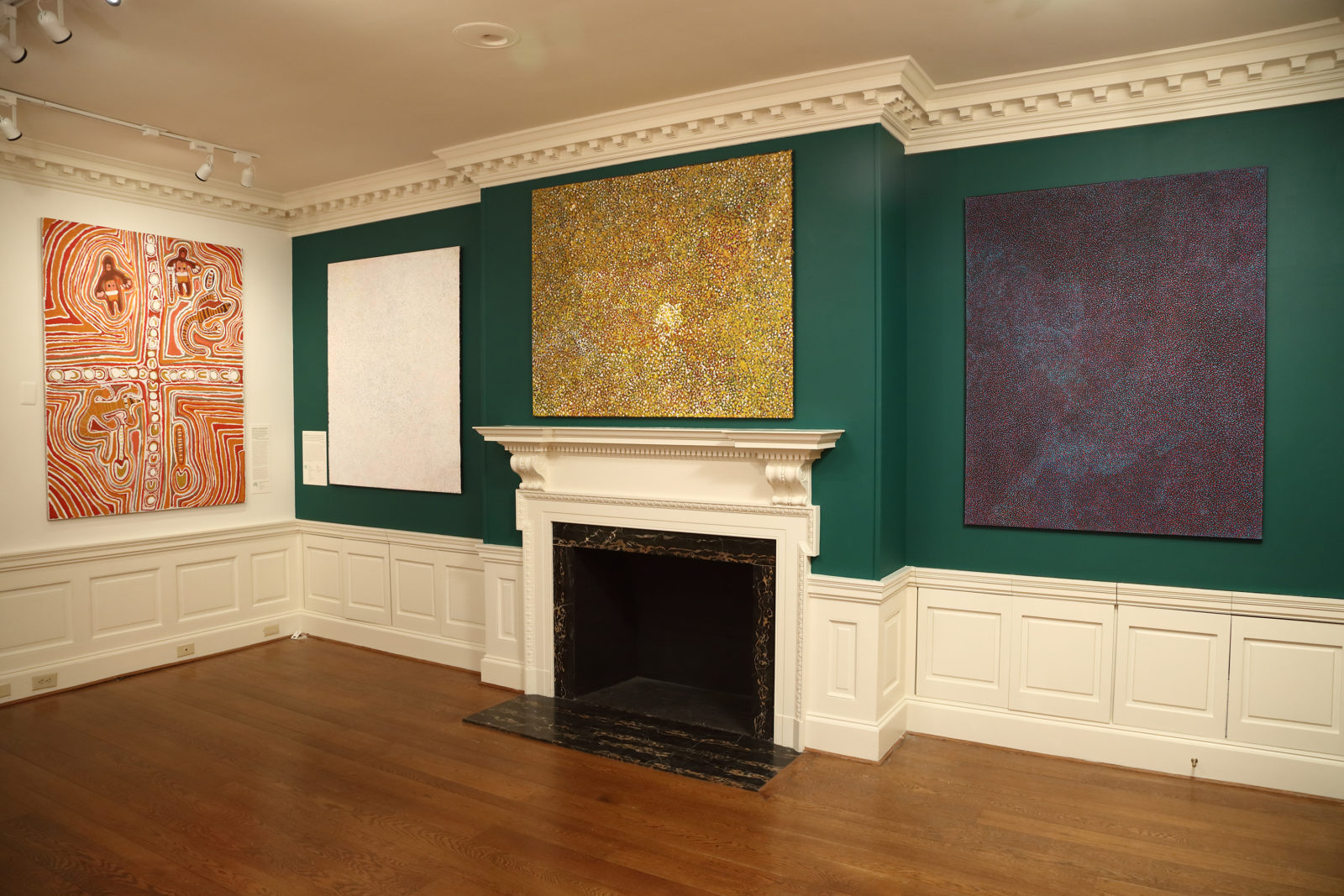 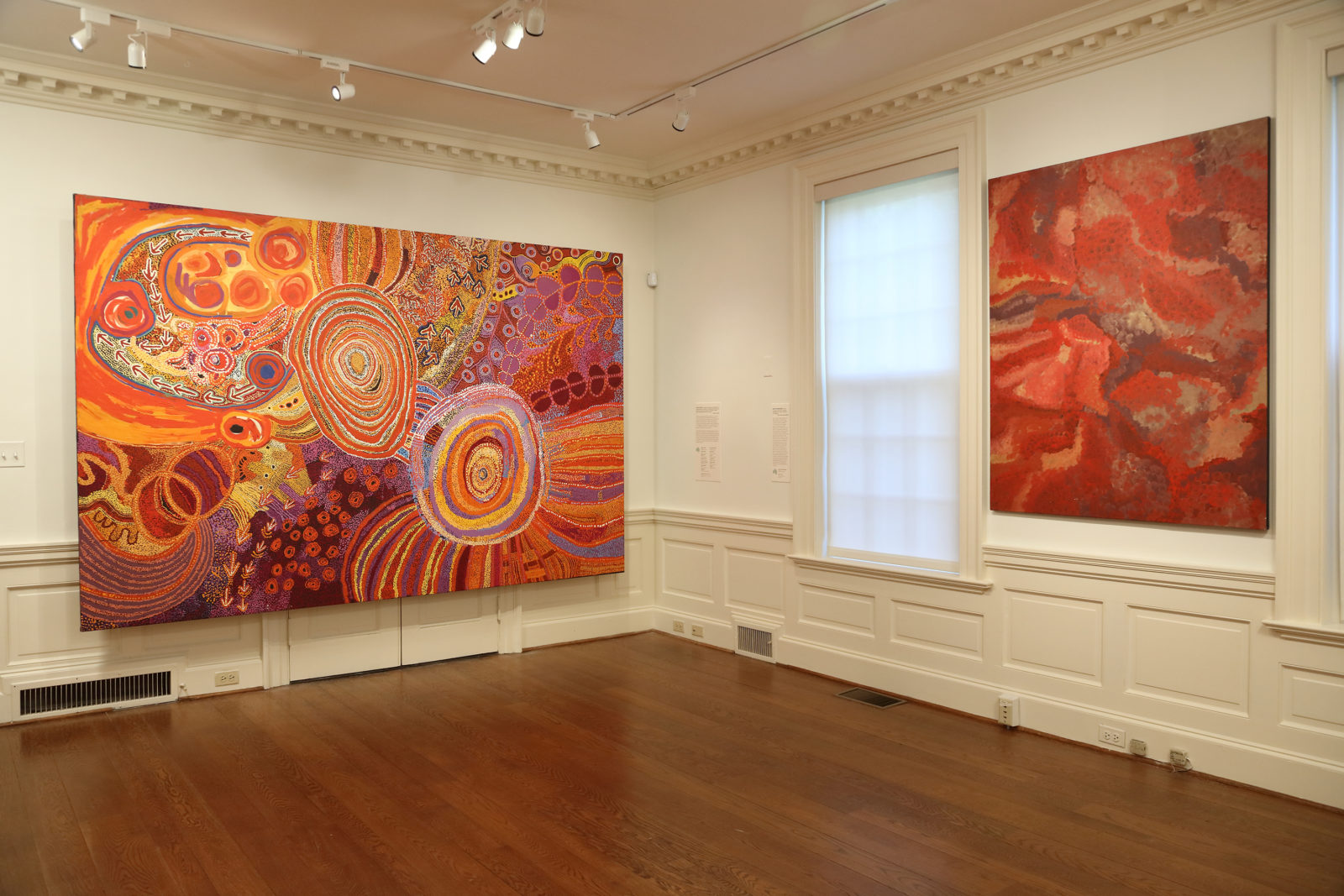 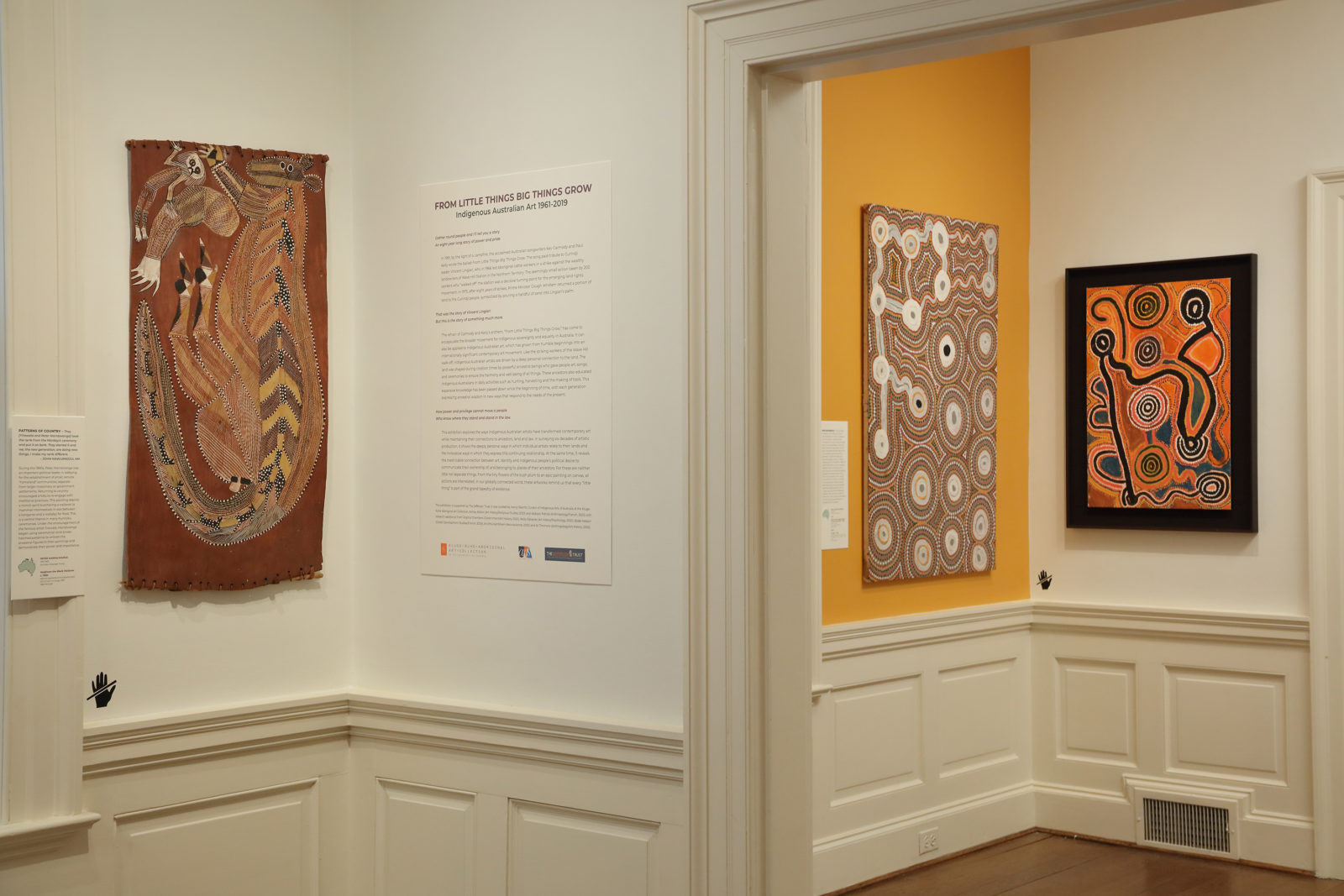 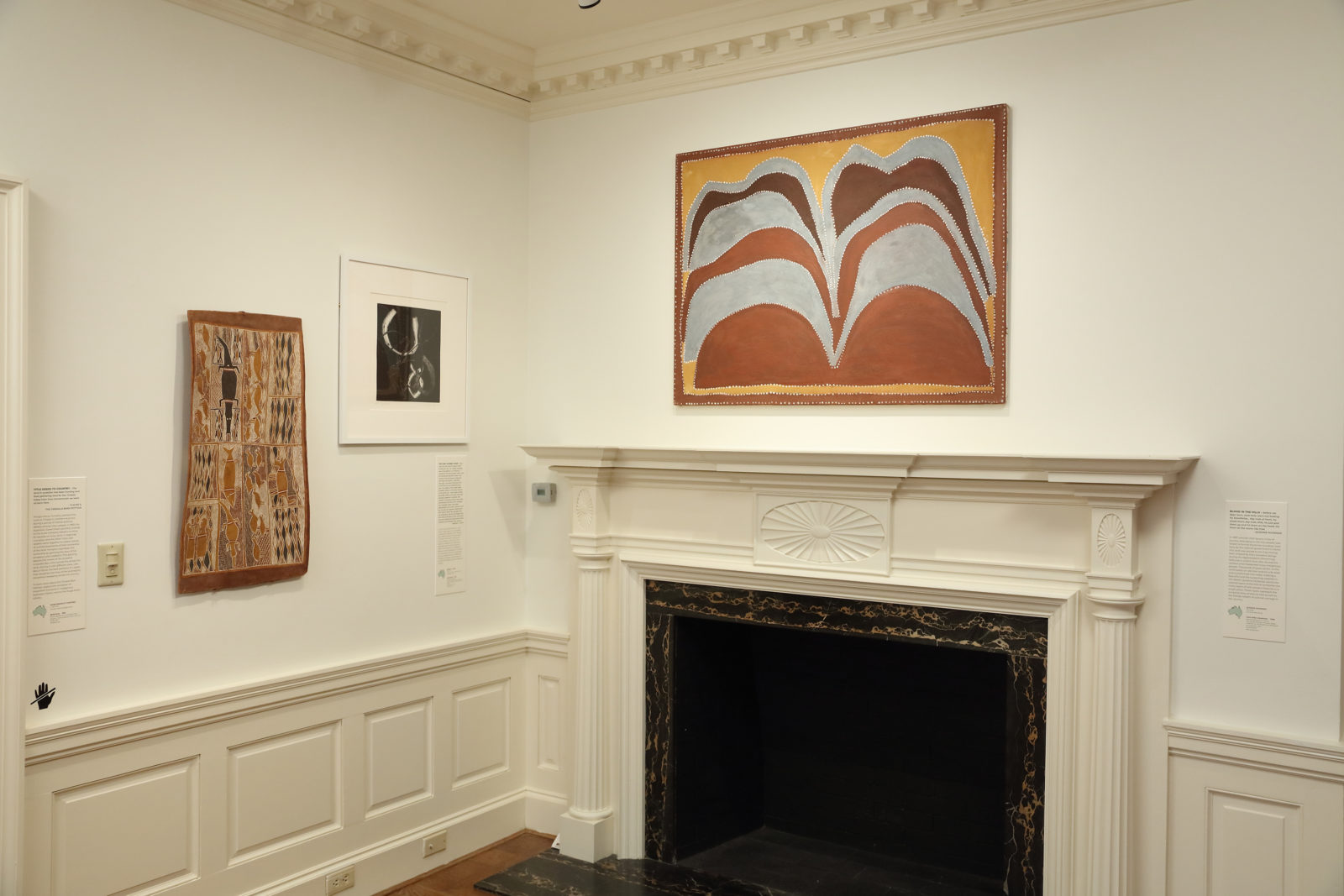 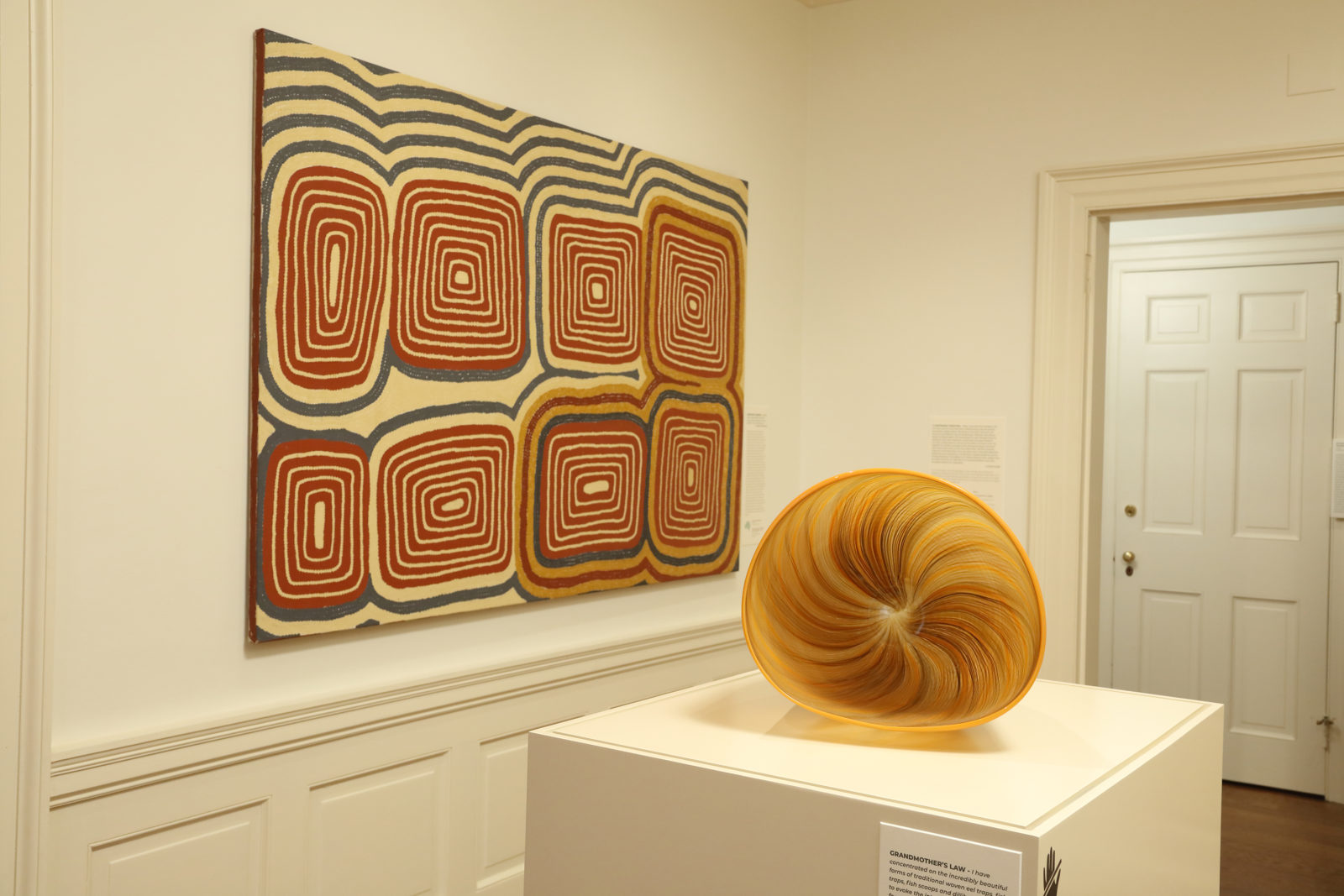 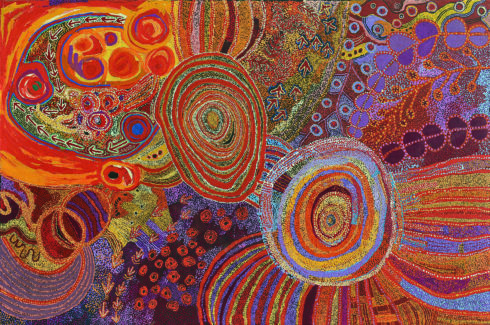 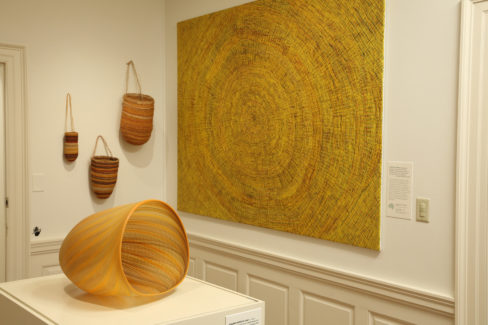 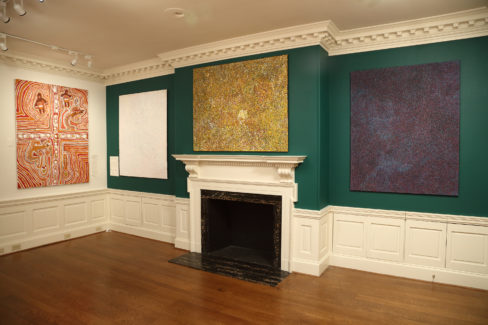 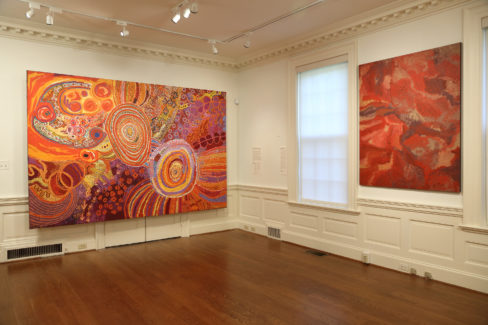 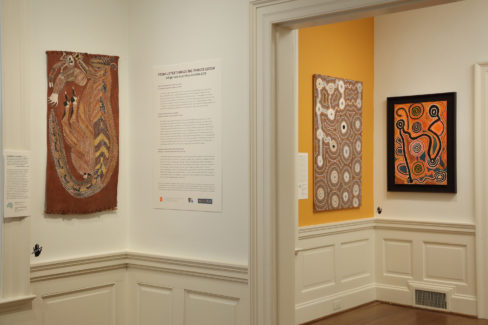 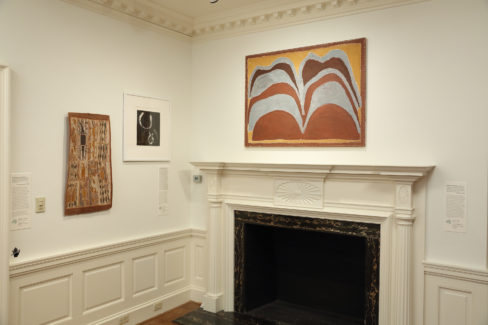 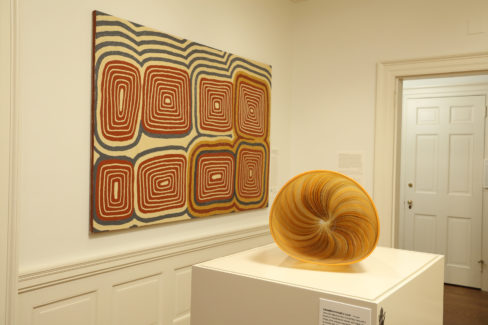 From Little Things Big Things Grows brings together highlights from the Kluge-Ruhe Collection produced in the era of the modern land rights movement. In surveying six decades of artistic production, it shows the deeply personal ways in which individual artists relate to their lands and the innovative ways in which they express this continuing relationship. At the same time, it reveals the inextricable connection between art, identity and Indigenous people’s political desire to communicate their ownership of, and belonging to, places of their ancestors.

From Little Things Big Things Grow takes its name from the well-known song by Kev Carmody and Paul Kelly. The song pays tribute to Gurindji leader Vincent Lingiari, who in 1966 led Aboriginal cattle workers in a strike against the wealthy landowners of Wave Hill Station in the Northern Territory. In 1975, after eight years of strikes, Prime Minister Gough Whitlam returned a portion of land to the Gurindji people, symbolically pouring a handful of sand into Lingiari’s palm.

Many of the artists in From Little Things Big Things Grow were deeply involved in the struggle for land rights. Munggurrawuy Yunupingu, whose iconic work Ŋalarrwuy from 1961 is the oldest piece in the exhibition, was a signatory to the Yirrkala Bark Painting petition which marked a decisive turning point in Indigenous engagement with the Australian legal system. Other artists, such as Peter Marralwanga and Regina Pilawuk Wilson, were integral in the push to create autonomous Indigenous communities on the country of their ancestors.

Alongside the fight for political recognition, From Little Things Big Things Grows also tracks the growth of the Indigenous Australian art movement. Alongside some of the best known works in the Kluge-Ruhe Collection, by leading artists such as Emily Kame Kngwarreye and John Mawurndjul, the exhibition showcases a number of major new acquisitions from leading contemporary artists including Narputta Nangala Jugadai, Queenie McKenzie, Steaphan Paton, Jenni Kemarre Martiniello and Angeline Ngal. These important gifts help Kluge-Ruhe to tell the continuing story of one of the world’s most important contemporary art movements

The centerpiece of the exhibition is an epic, large-scale collaborative painting from thirteen women artists from Tjala Arts in Amata, including Barbara Moore who was a resident artist at Kluge-Ruhe in 2019. Titled Nganampa Ngura, Our Country 2013, this monumental work was commissioned for the Adelaide Biennale and is a promised gift to the Kluge-Ruhe by the philanthropists Richard Klingler and Jane Slatter. A work of grand ambition and stunning color, it shows the ways in which these senior women see the world, connected by kin and country. From the tiny flowers of the bush plum to an epic painting on canvas, all actions are interrelated. In our globally connected world, these artworks remind us that every “little thing” is part of the grand tapestry of existence.

From Little Things Big Things Grow is supported by The Jefferson Trust. It was curated by Henry Skerritt, Curator of Indigenous Arts of Australia at the Kluge-Ruhe Aboriginal Art Collection, Ashley Botkin (Art History/Religious Studies, 2020) and Addison Patrick (Anthropology/French, 2020).

Behind the Scenes: Curating, Land Rights, Arts and Innovation