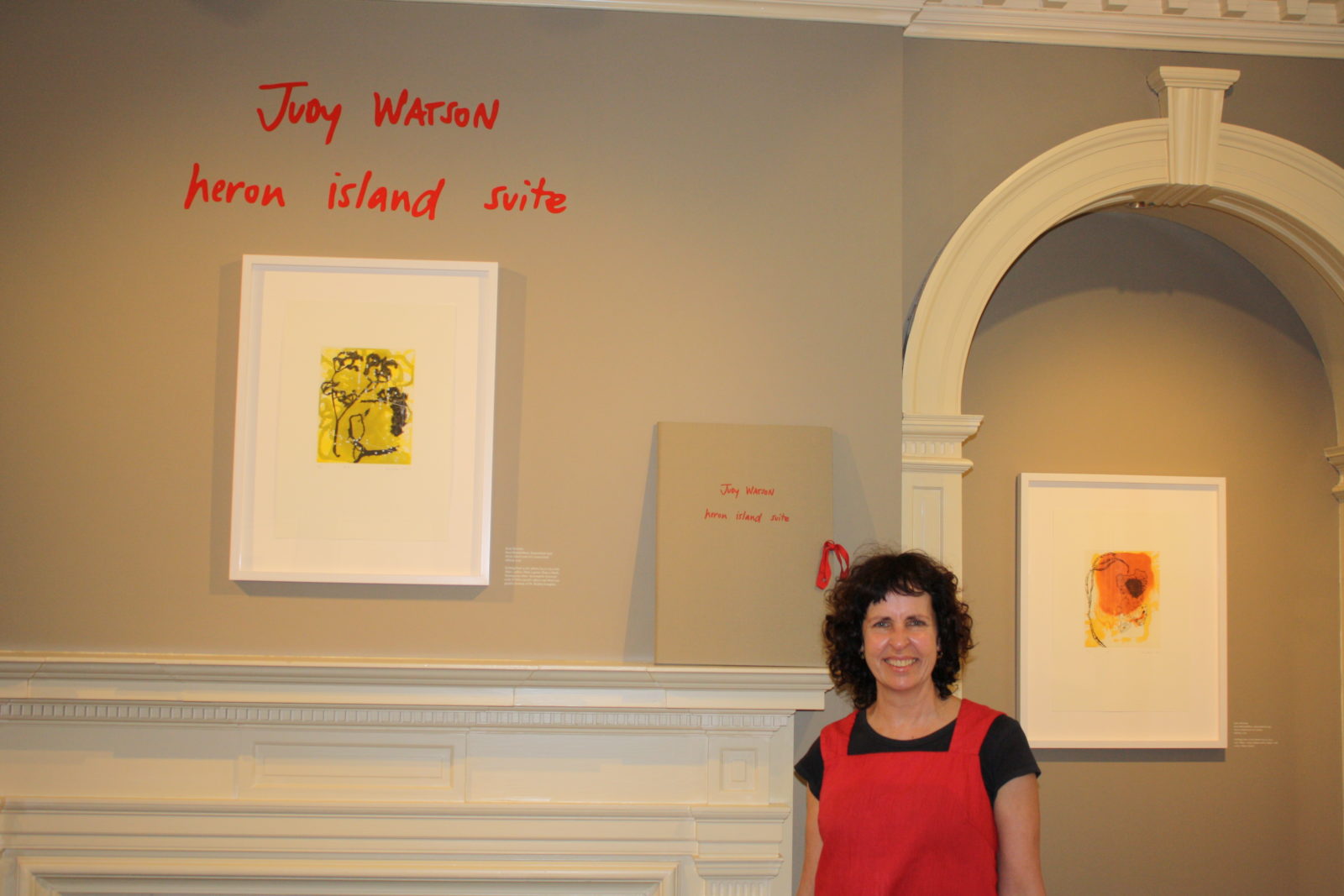 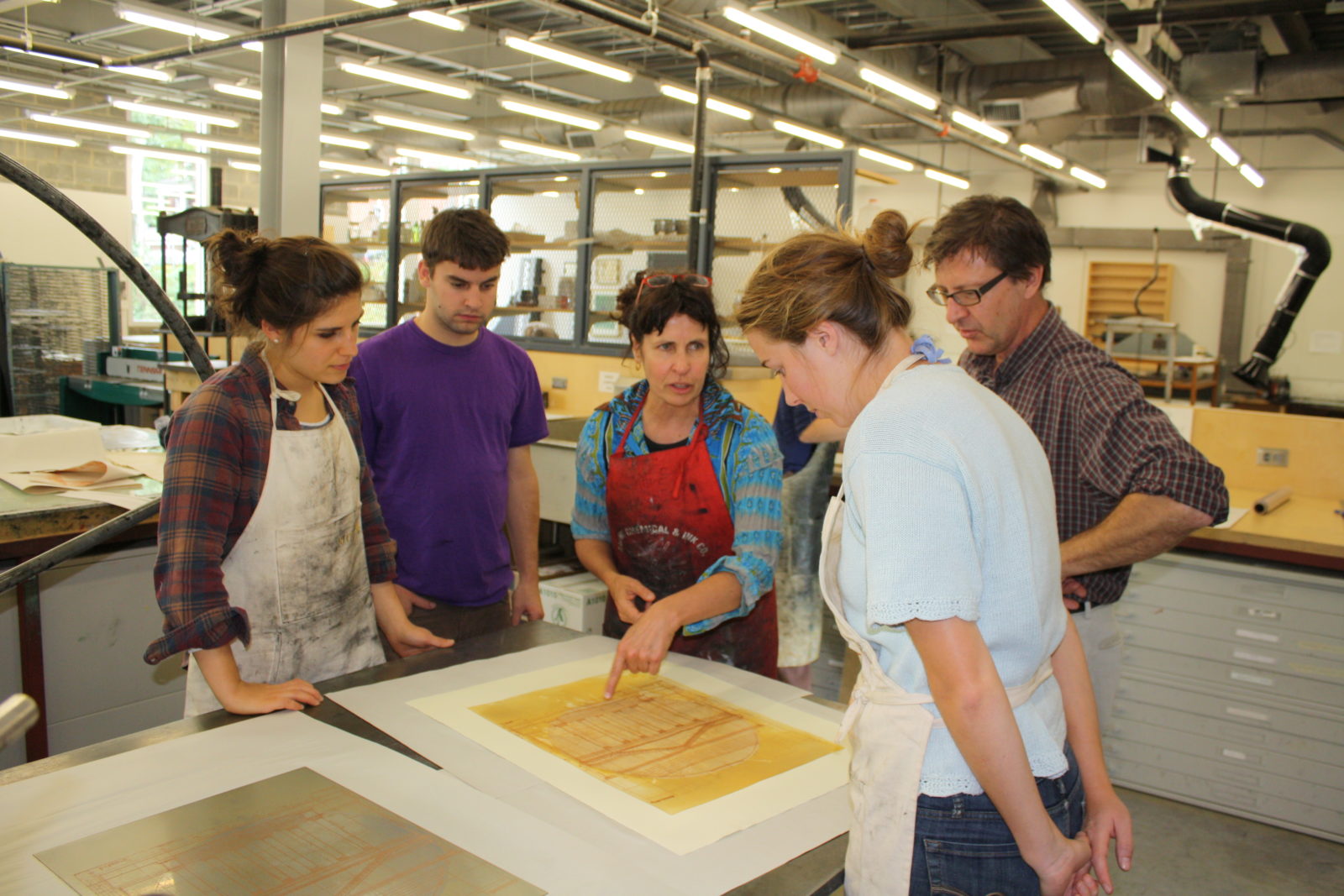 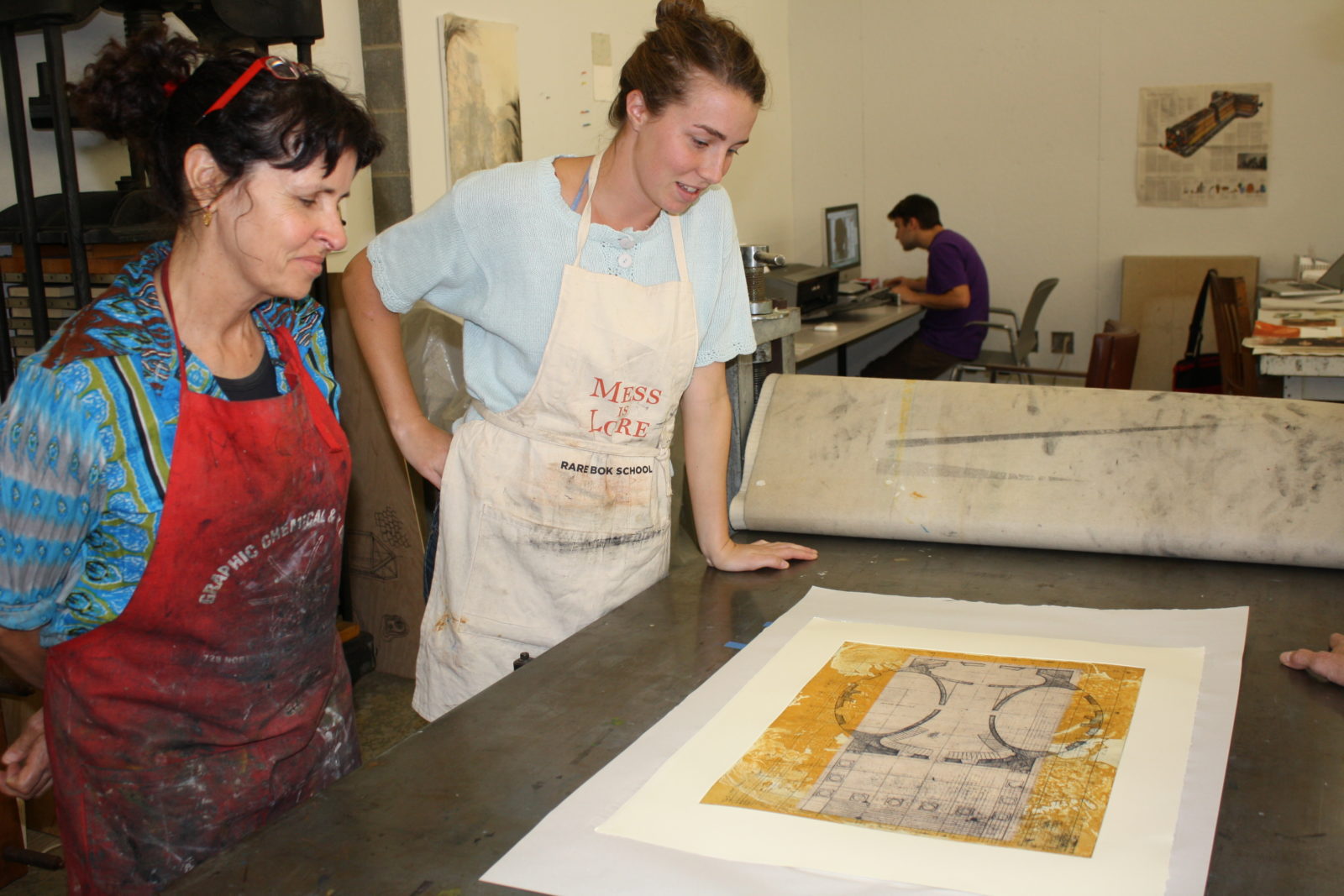 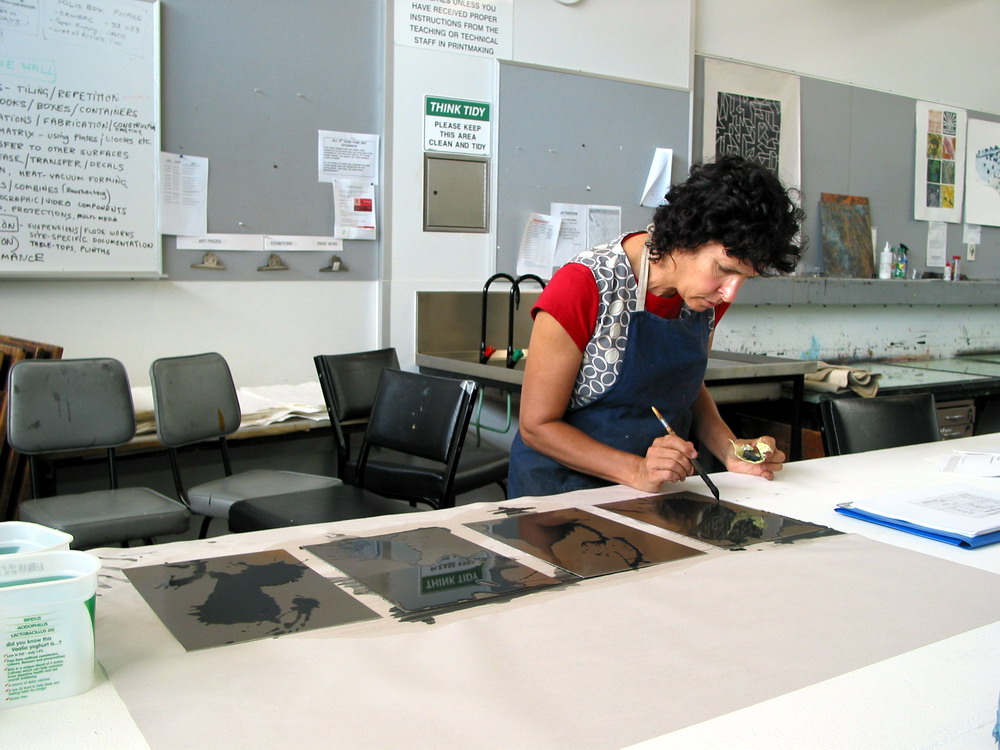 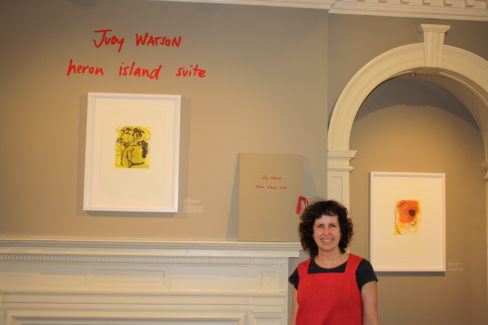 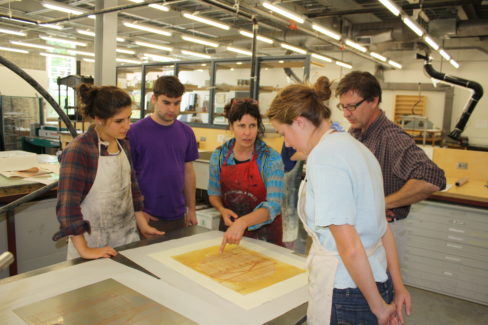 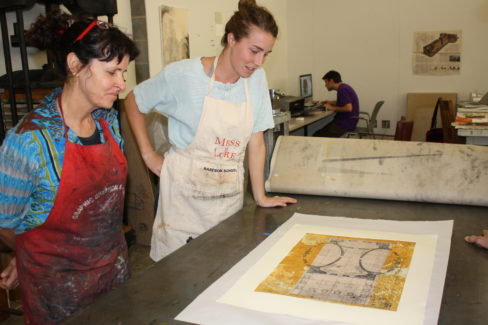 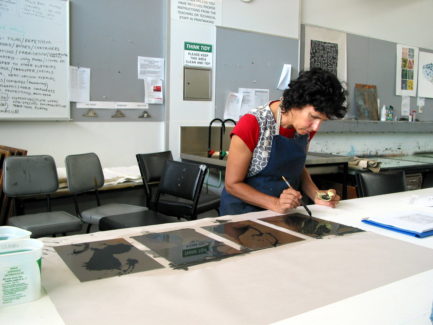 "I often deal with concealed histories, revealing them and removing the whitewash." – JUDY WATSON

heron island suite was the first major suite of etchings by Judy Watson, which resulted from her residency at Heron Island Research Station in 2009. These twelve prints are based on the animal, plant, and marine life of the island and the research conducted there. Her meticulous process involved multiple etchings and background washes on each print. The colors emulate the luminosity of the sea and show the variety of wildlife that the Great Barrier Reef supports. The artist has altered a number of plates by re-working and overlaying them with research charts by the following scientists: Professor Ove Hoegh-Guldberg, Dr Bradley Congdon and Dr Kathy Townsend.This exhibition was presented in partnership with UVA Arts Council. The UVA Charles L. Brown Science and Engineering Library held a satellite exhibition comprising eight of the prints in 2011-2012.

Judy Watson has visited Kluge-Ruhe three times, first in 2009 as part of Culture Warriors: National Indigenous Art Triennial, when she saw Thomas Jefferson’s architectural drawings in the exhibition Thomas Jefferson’s Academical Village: The Creation of an Architectural Masterpiece. She returned to Kluge-Ruhe in 2011 for an artist residency sponsored by UVA Arts Council. At this time, Watson toured Monticello with historian Leni Sorenson, who pointed out Jefferson’s “experimental beds”—gardens where he experimented with seeds and plants from around the world to assess their adaptability to Virginia’s climate—which gave her the title of her work. But the title also alludes to Jefferson’s long-term relationship with the enslaved woman Sally Hemings. The union between a white man and a black woman was one of many parallels that Watson identified between her own Aboriginal family and the enslaved people in Jefferson’s household. Watson incorporated Jefferson’s architectural drawings of the Academical Village and her own sketches of artifacts unearthed at Monticello’s Mulberry Row and vegetables grown in Jefferson’s “experimental beds” in a suite of six etchings. After returning to Australia, she worked with printer Basil Hall to edition experimental beds, which was co-published by Kluge-Ruhe, the artist and grahame galleries + editions in Brisbane. Watson returned to Charlottesville in 2013 to present a Ted talk on experimental beds at TedX Charlottesville.

The success of experimental beds inspired Judy Watson to a related project with objects at the British Museum in 2015, which resulted in a suite of etchings titled holes in the land.

Judy Watson is a Waanyi artist who lives and works in Brisbane. She holds degrees from theUniversity of Southern Queensland, the University of Tasmania and Monash University, and her artwork in held in private and public collections major institutions around the world. Sje co-represented Australia at the Venice Biennale in 1997. Her practice, which includes painting, printmaking, drawing, sculpture and video, is inspired by Aboriginal history and culture. It is often concerned with collective memory and uses archival documents to unveil institutionalised discrimination against Aboriginal people.