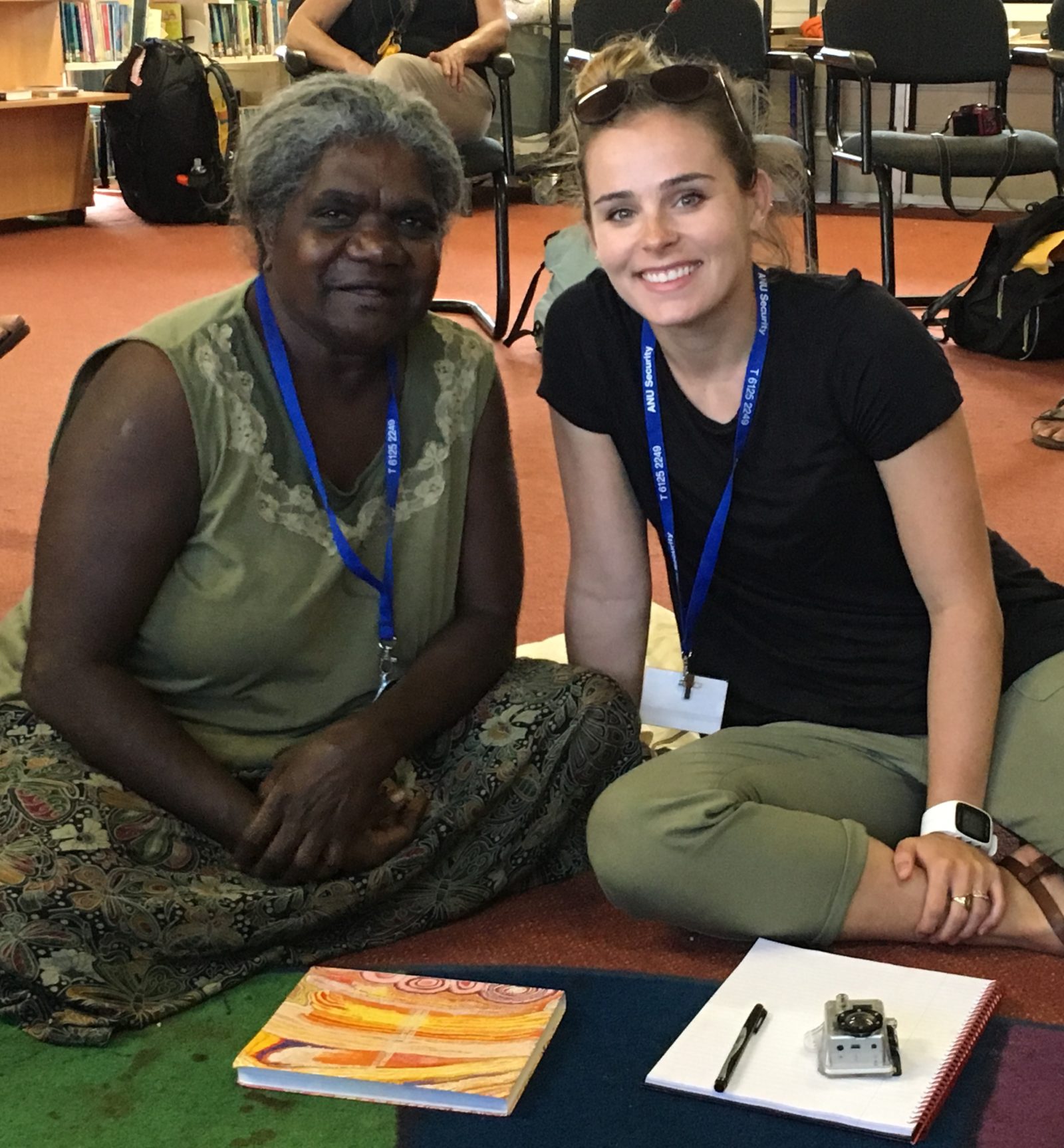 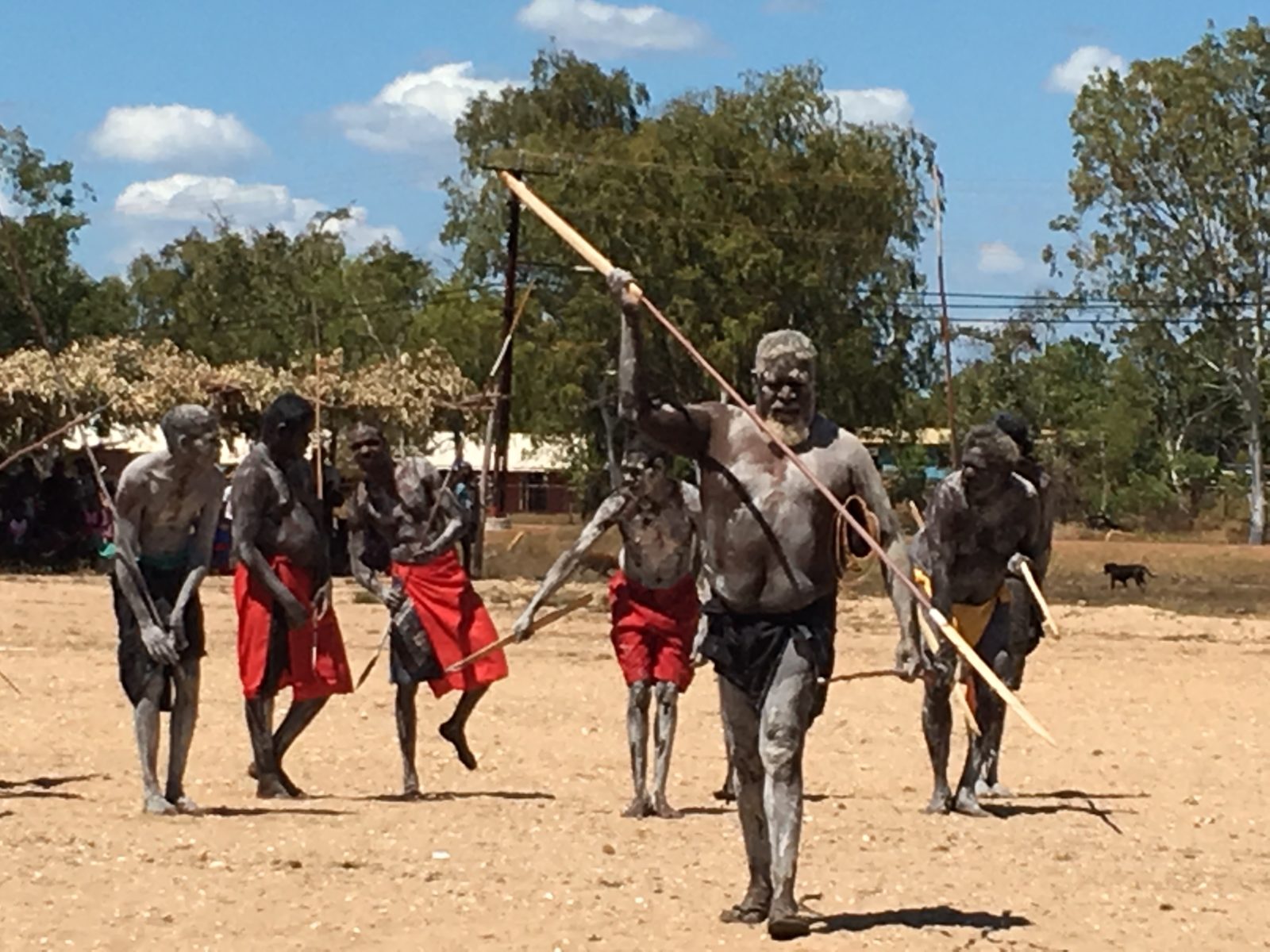 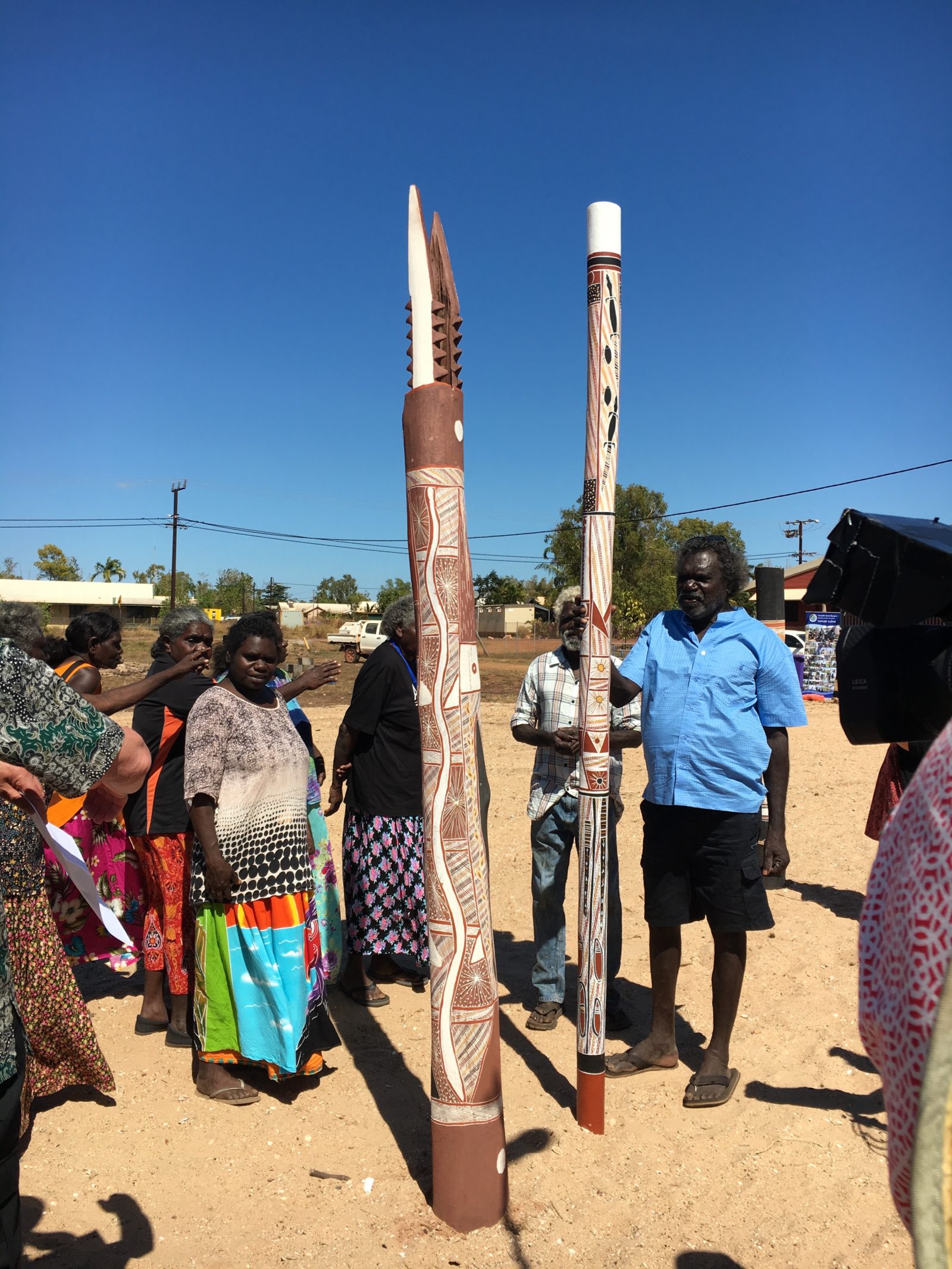 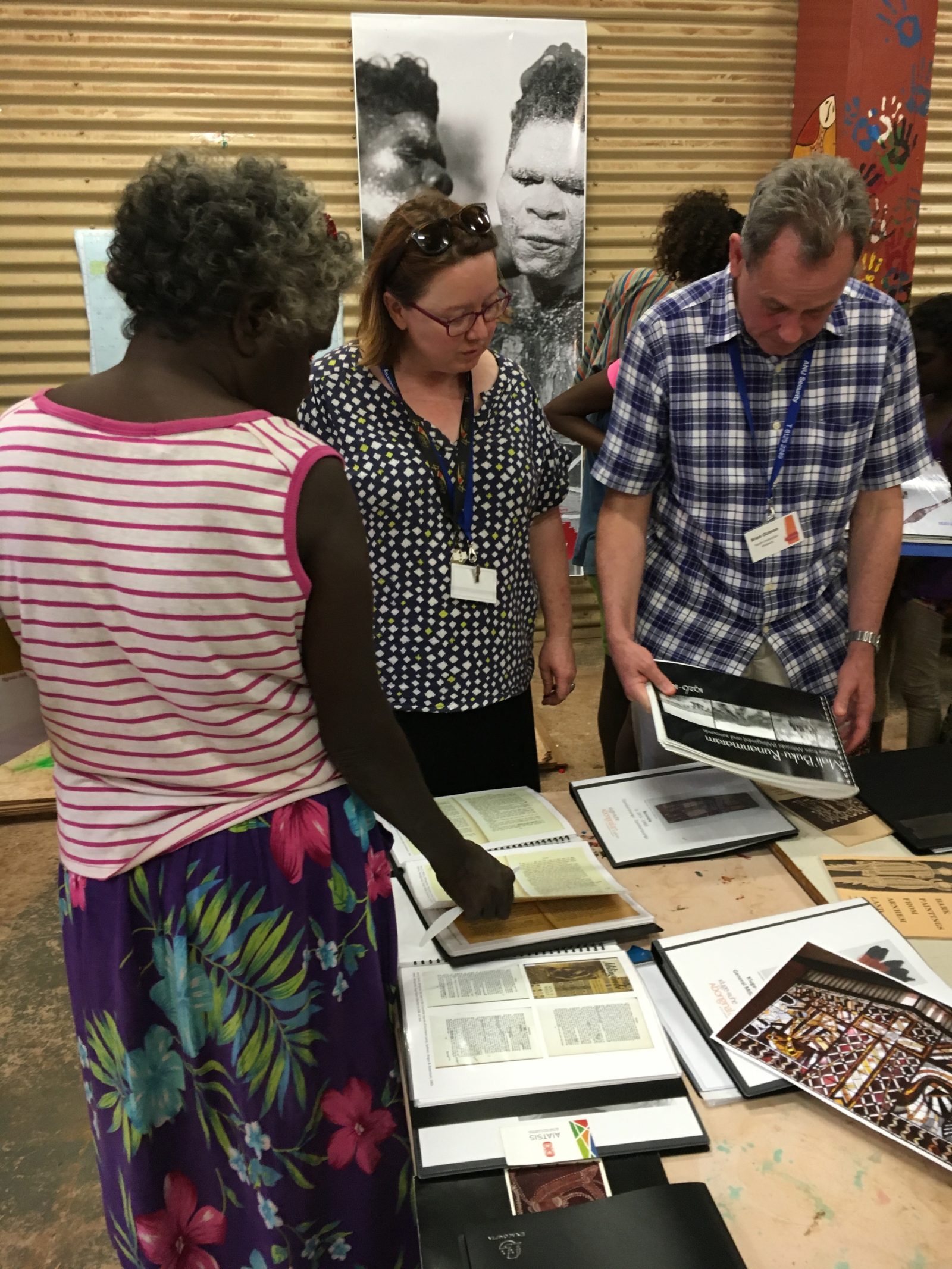 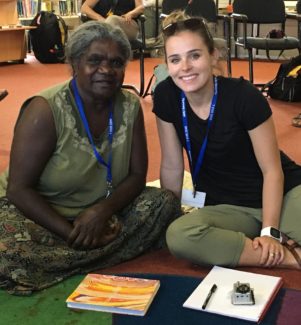 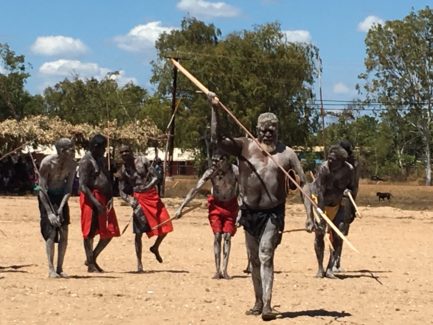 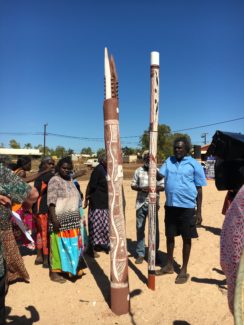 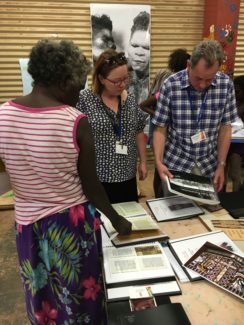 In August 2016, the Kluge-Ruhe Collection participated “Makarrata: Bringing the Past into the Future,” culminating in a three-day gathering at the Yolngu community of Milingimbi, Northern Territory. For Yolngu, a Makarrata is a formal process for resolving disputes. The Milingimbi Makarrata was a peaceful assembly in which museums and academics met with Yolngu to forge an understanding regarding cultural materials located in institutions in Australia and overseas. The Makarrata resulted from a multi-year project spearheaded by the late Dr. Joe Gumbula in partnership with researchers Louise Hamby and Lindy Allen. As part of his research, Gumbula visited Kluge-Ruhe in 2013.

UVA student Sydney Collins (CLAS 2016) accompanied Kluge-Ruhe Director Margo Smith to the Milingimbi Makarrata. It was her first trip to Australia and the culmination of two years of involvement at Kluge-Ruhe as a student, intern, and part-time employee.

The Milingimbi community welcomed participants by conducting a version of the Makarrata ceremony, which is traditionally performed to reconcile grievances. The climax of the ceremony occurred when after a group of men advanced toward the audience brandishing spears, the lead dancer approached the observers and broke a spear signifying resolution. Much of the event was documented by Greg Stehle and group of Yolngu trainee filmmakers, which you can watch by clicking here.

There were two major discussions at the Makarrata, during which community members expressed their wish that long-term engagements with institutions holding their cultural collections be guided by the principles of “deep listening” and “unhurried time.” Collectively all participants accepted a resolution to work in this way and to follow up the relationships forged during the Makarrata with meaningful actions. Click here to read the resolution.