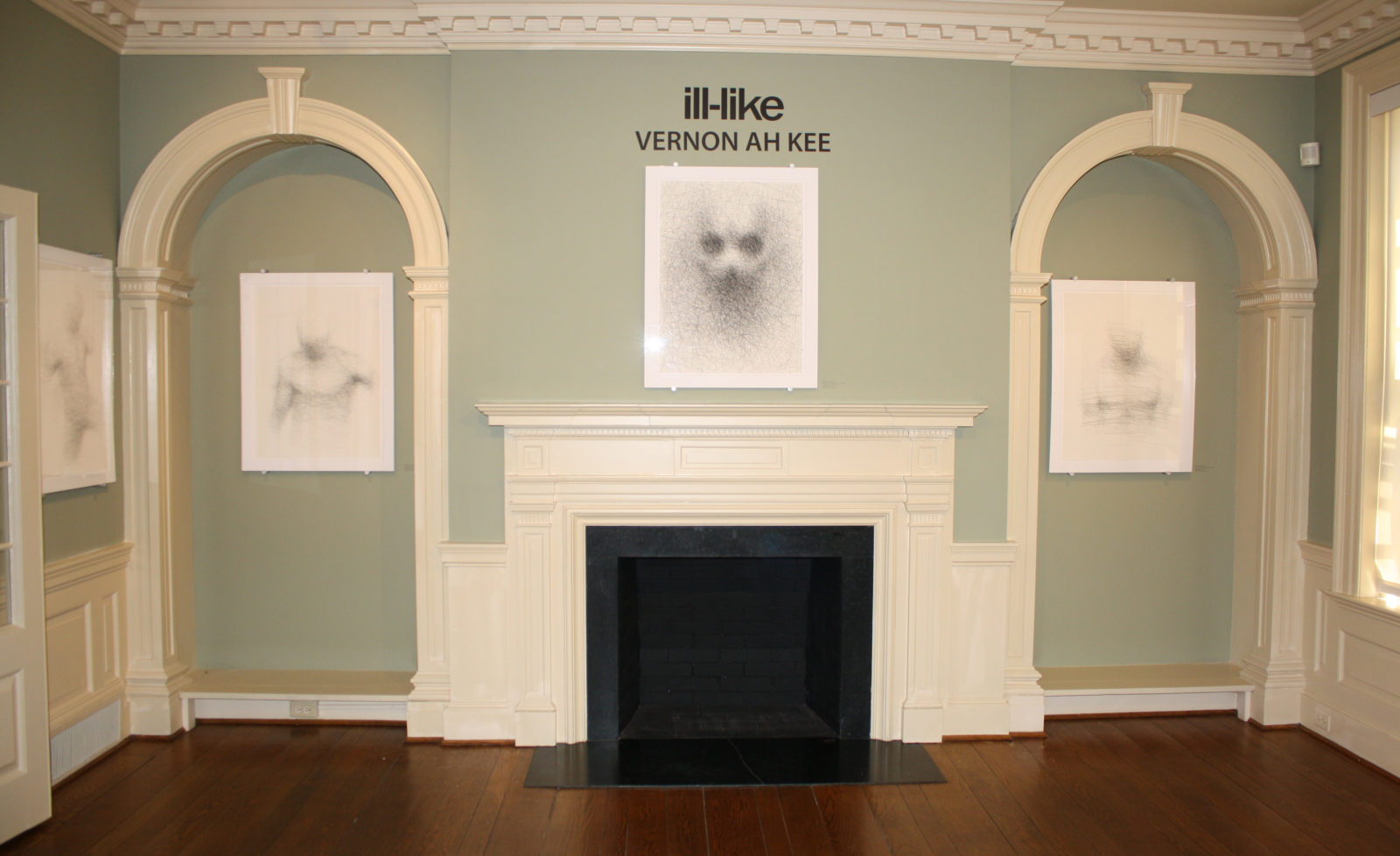 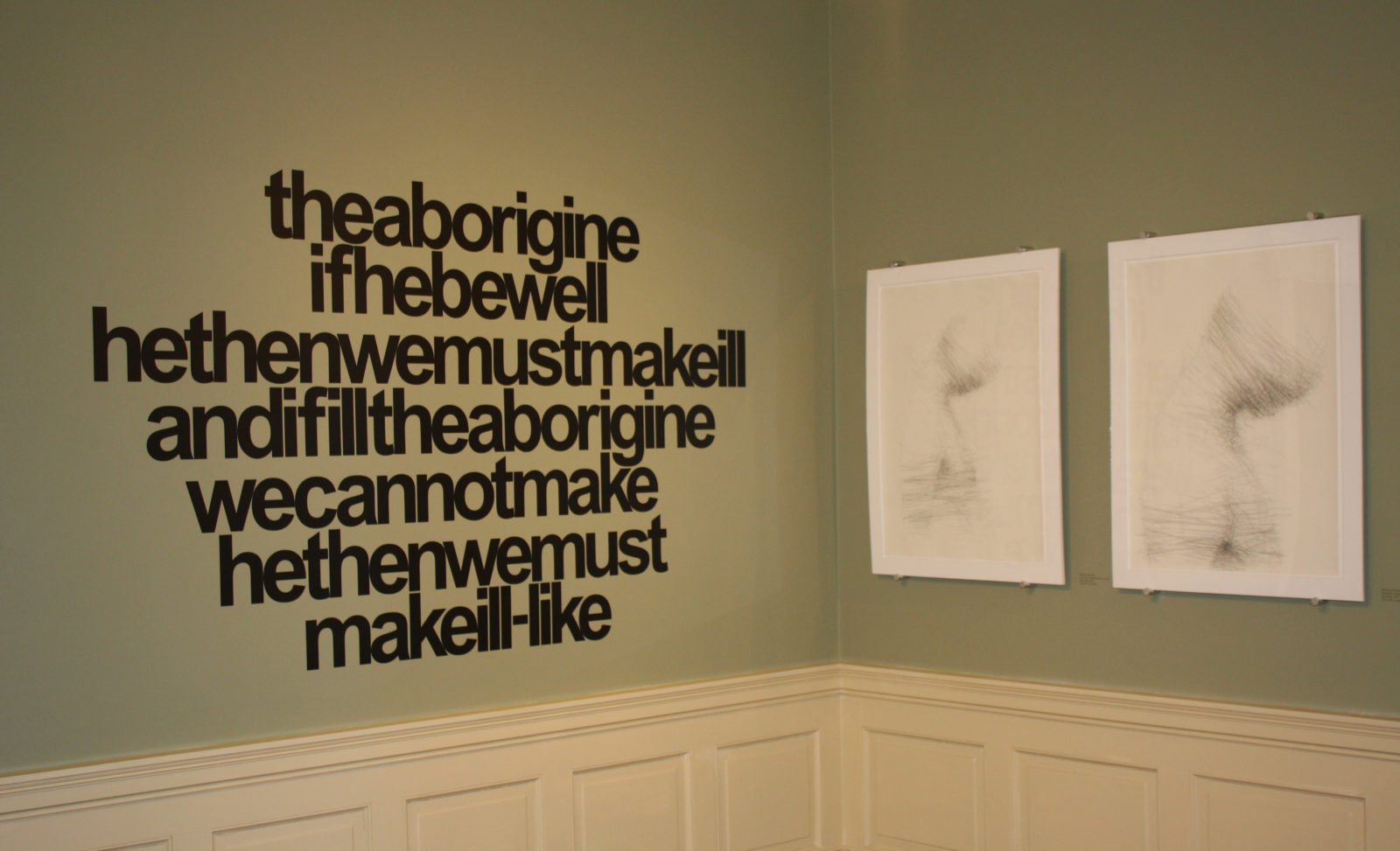 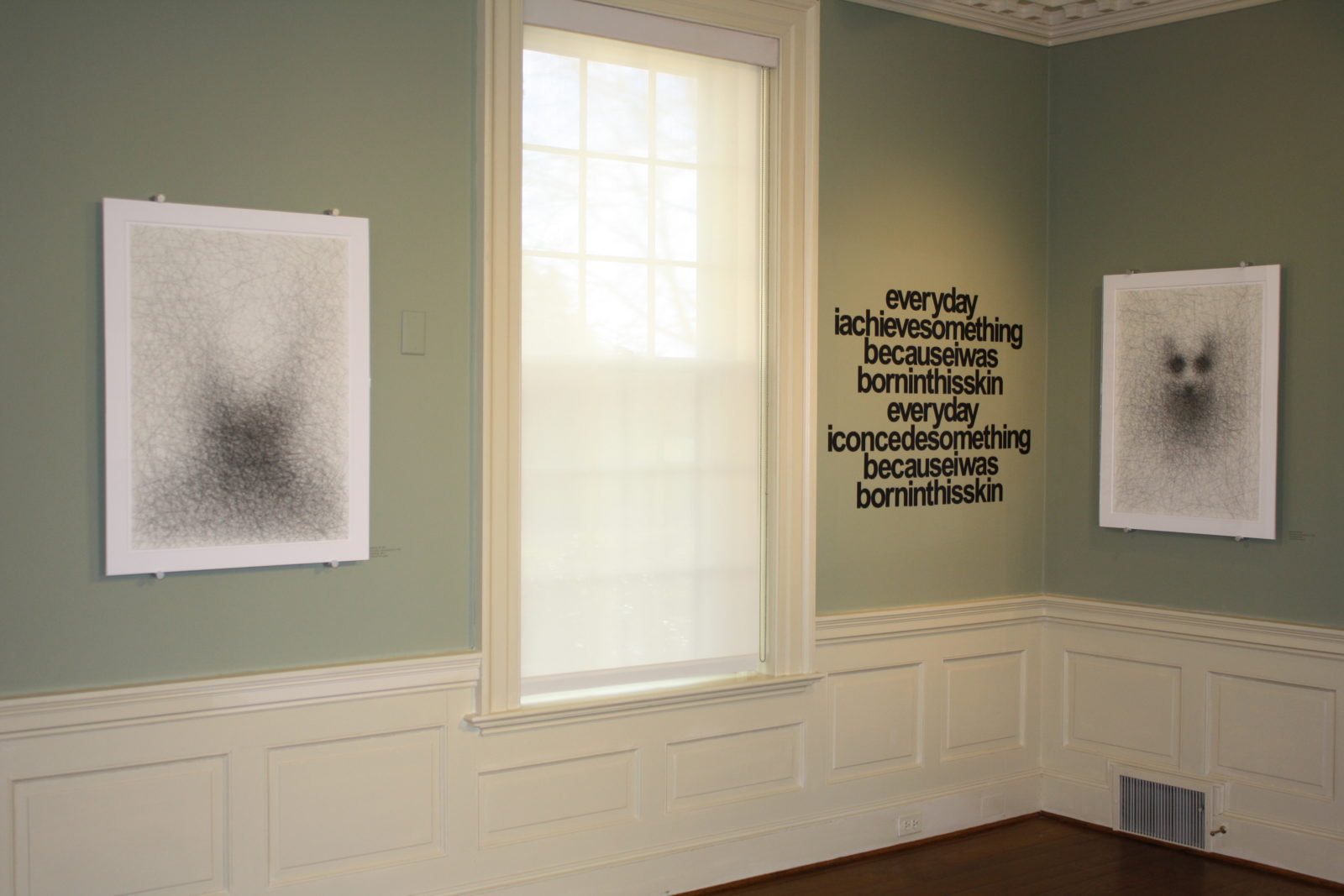 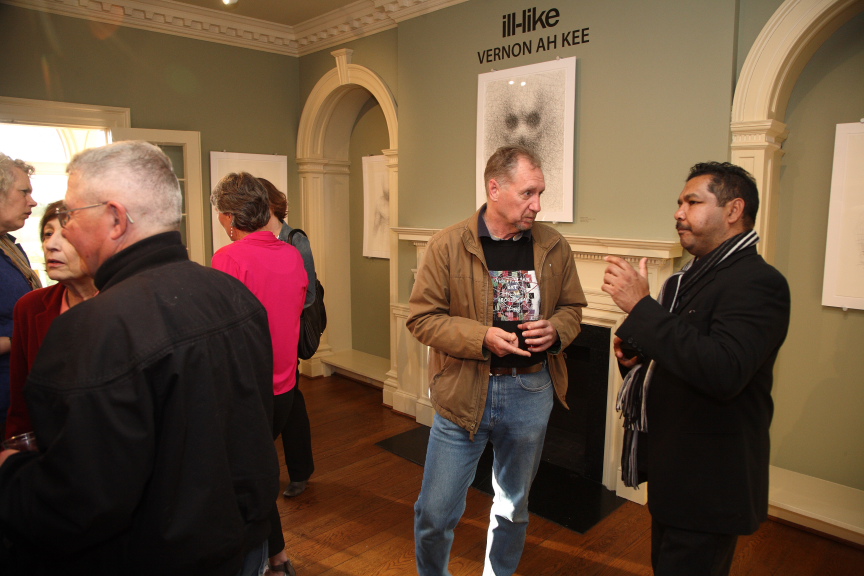 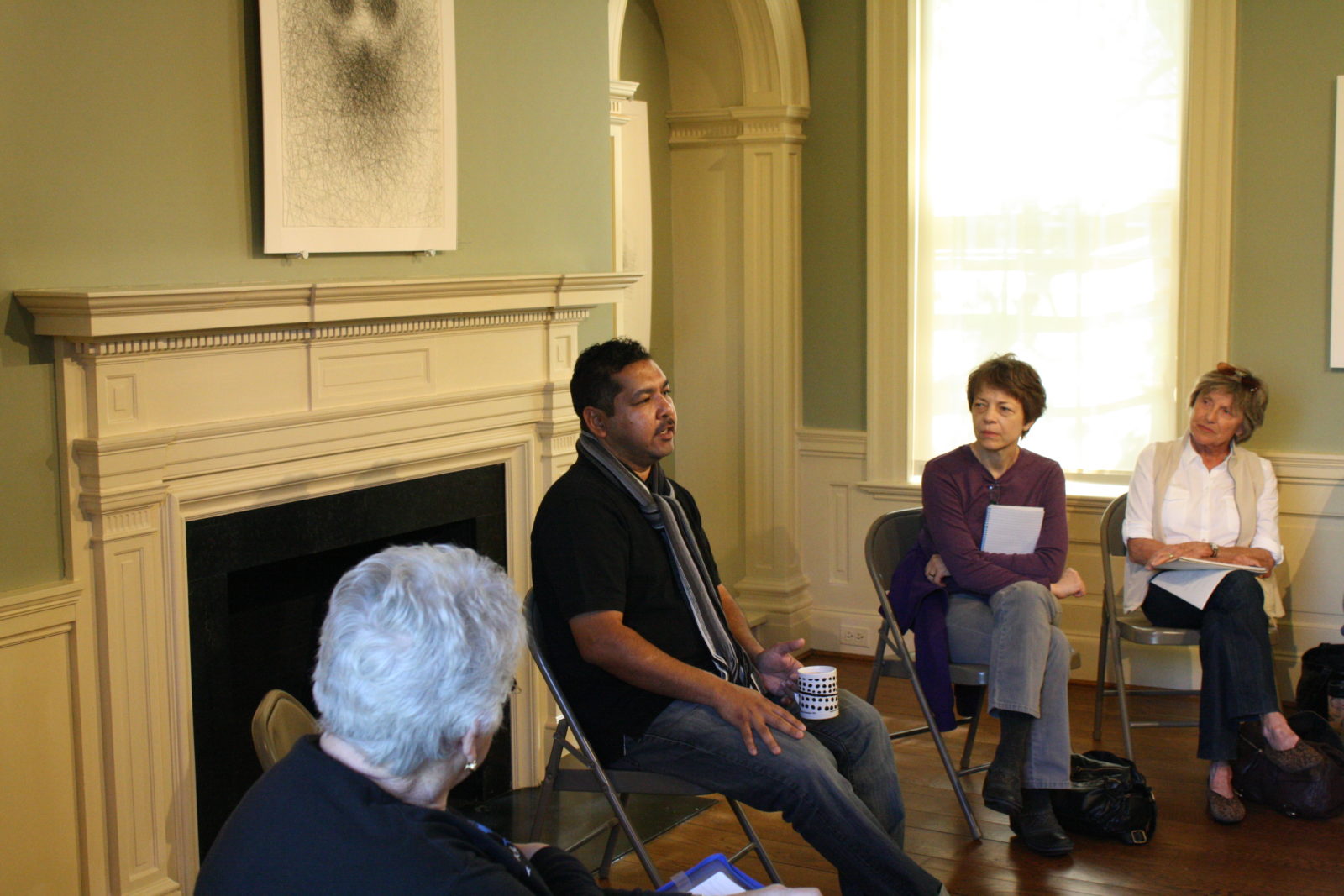 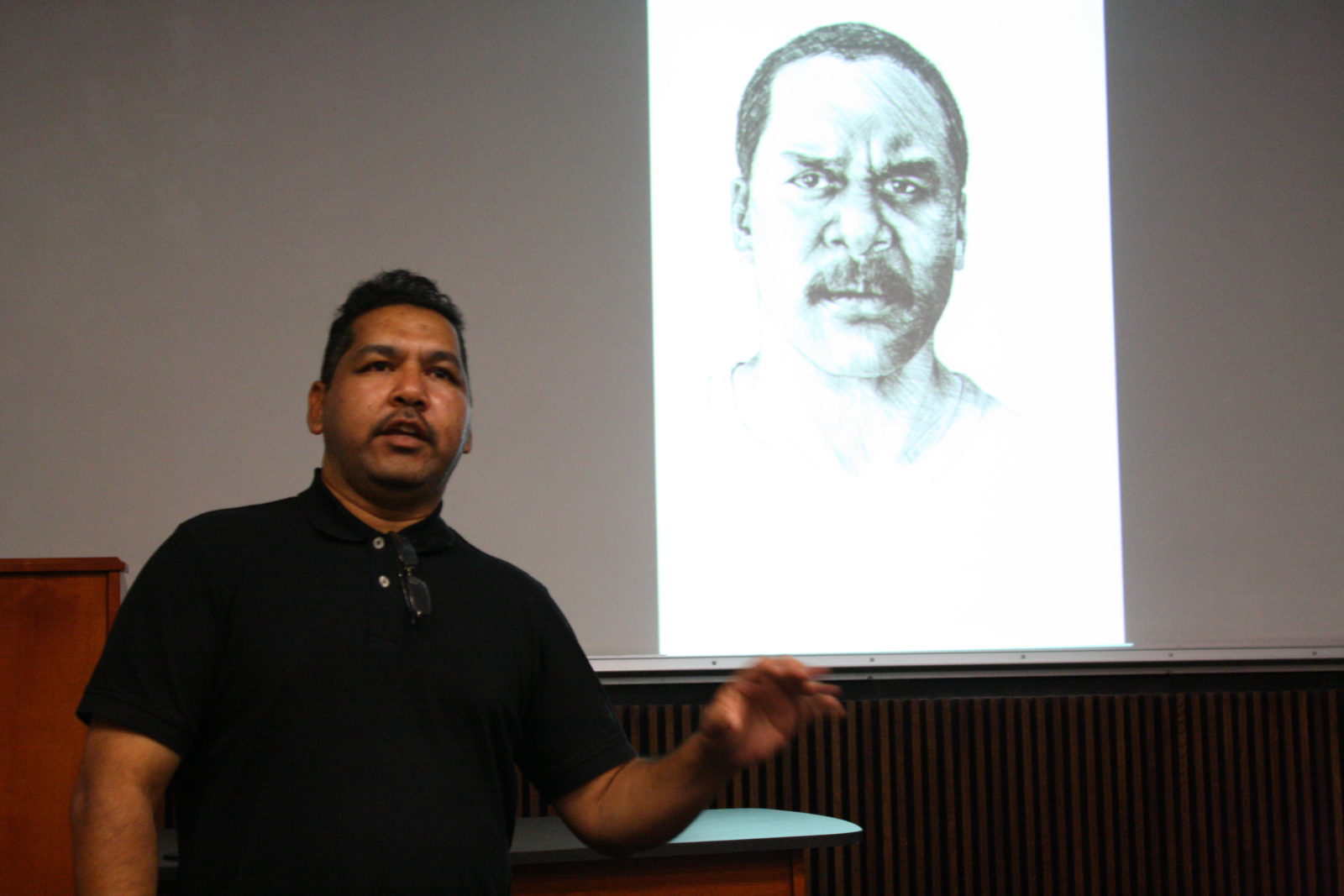 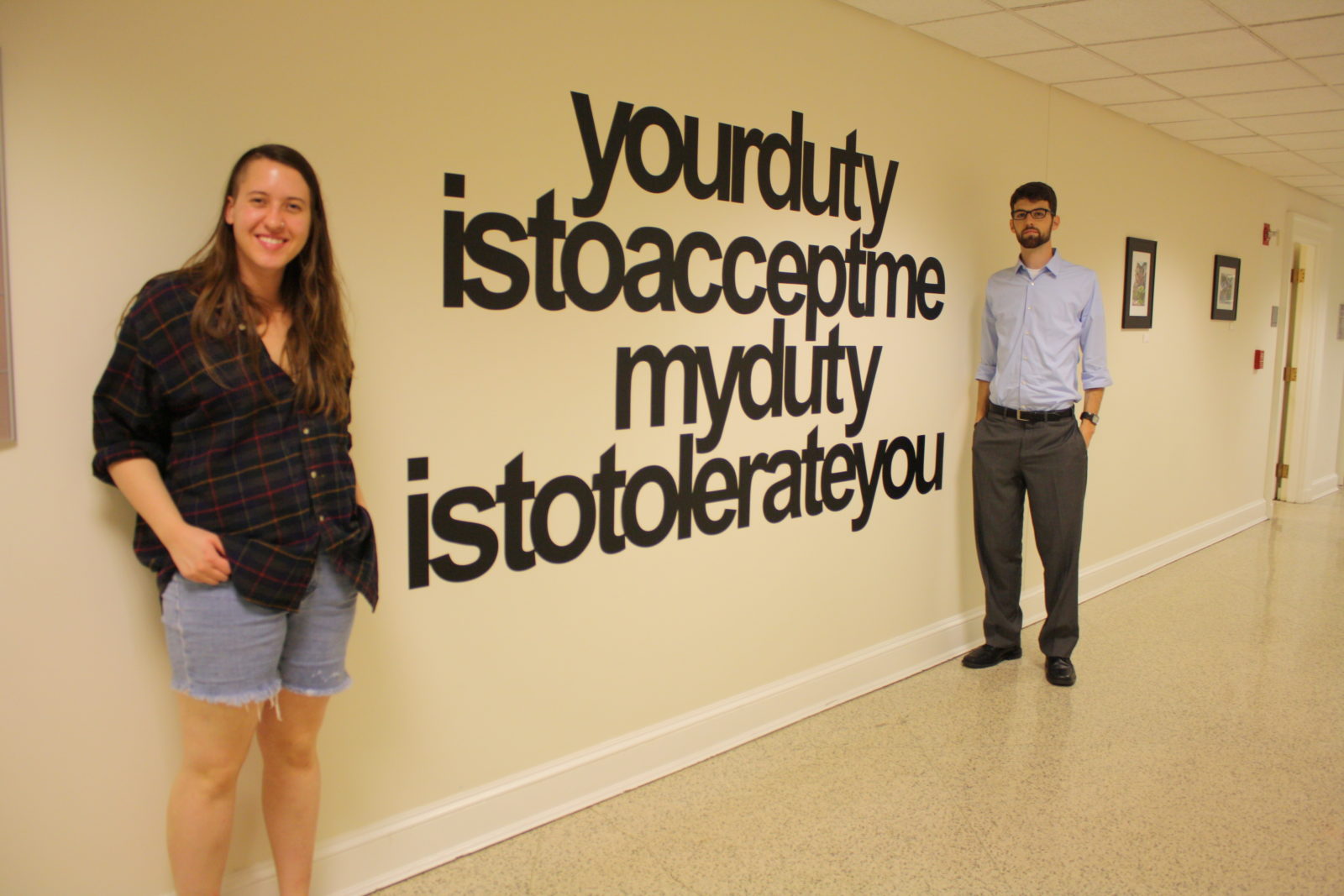 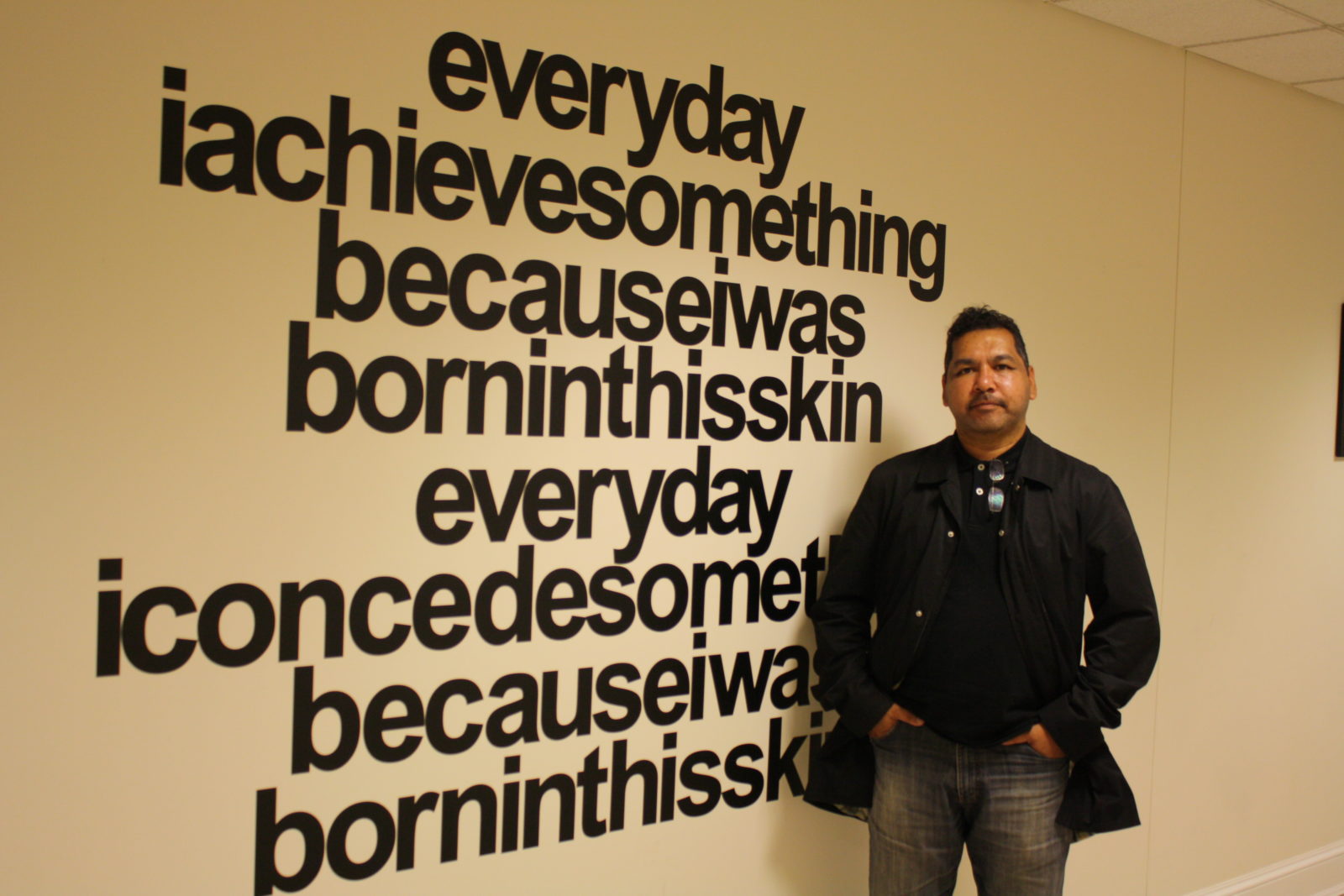 Vernon Ah Kee at UVA.
1 / 8
Link
Share
Back to Collaborations 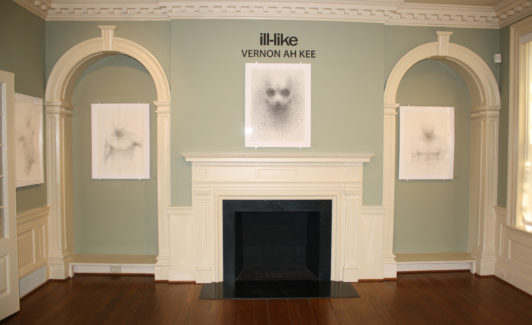 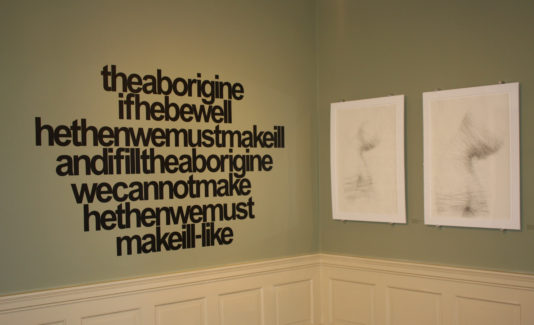 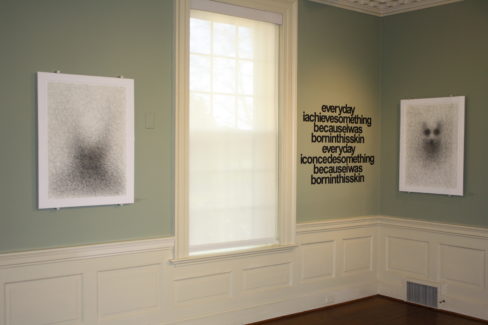 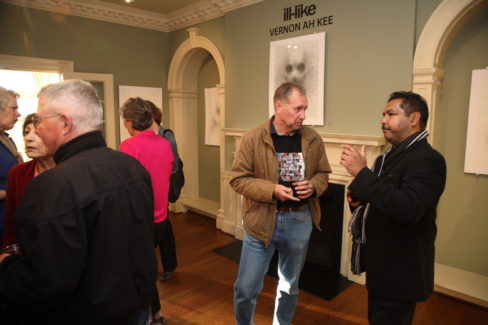 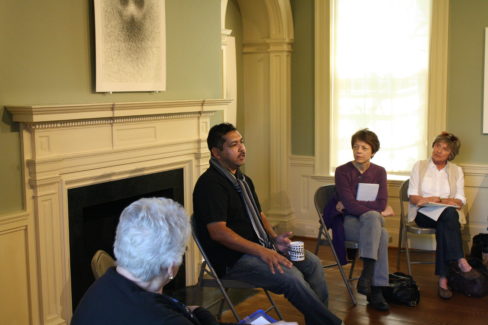 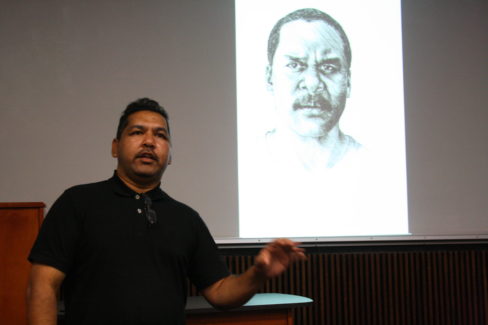 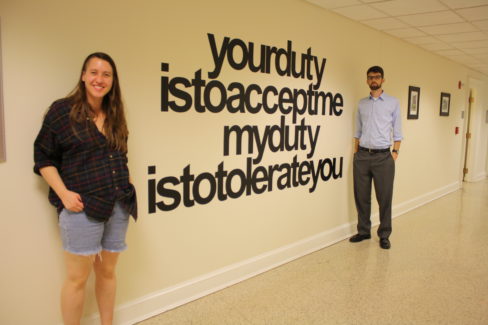 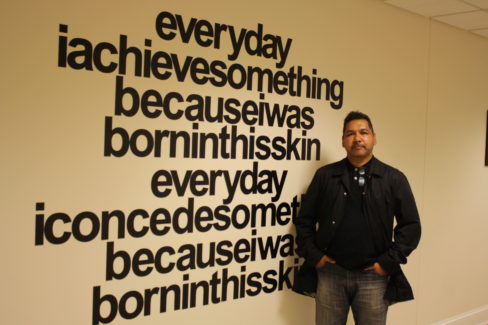 “[I’m] trying to demonstrate that ‘Aboriginal art’ can be as complex as ‘Australian art’. It can be as complex and diverse – as dynamic and evolving and fluid and liquid – as any kind of identity-based art. Australian art is not frozen in time. When you look at the colonial artists of the 1800s, you lock it in the 1800s. Aboriginal art seems to be frozen in the stone age. People want to talk about it in those terms. It’s crazy, when we don’t live like that. It’s unrealistic to the point of being utopian.” - VERNON AH KEE

Recognized for his unapologetic explorations of the mistreatment of Aboriginal people, this exhibition called ill-like was composed of imposing textual works, disappearing line drawings from a series titled unwritten, and a new body of work the artist calls lynchings that premiered in this exhibition. Ah Kee’s textworks, applied in vinyl directly on the wall, are poignant, witty, or confrontational phrases in which the words and lines run together without spacing. These politically specific messages address various manifestations of the current and historical treatment of Aboriginal people, while the format references the language of mainstream media that often excludes Aboriginal voices. The Unwritten works are drawings of undeveloped heads or faces, and it is unclear whether they are beginning to appear, or beginning to disappear, from the lines that create them. The title of the exhibition ill-like is extracted from a textwork that reads: “the aborigine / if he be well / he then we must make ill / and if ill the aborigine / we cannot make / he then we must / make ill-like.” This exhibition was presented in partnership with Milani Gallery and the Queensland Indigenous Arts Marketing and Export Agency.

Vernon Ah Kee visited Kluge-Ruhe as a resident artist in March 2012. He guest-lectured to a number of UVA drawing classes and delivered several community lectures.

Vernon Ah Kee is a Kuku Yalandji, Waanyi, Yidinji, and Gugu Timithirr artist known for his candid explorations of the treatment of Aboriginal people in Australia. He holds a Bachelors and a Doctorate of Visual arts from the Queensland College of Art at Griffith University. His work has been exhibited widely in Australia and internationally, and he represented Australia at the 2009 Venice Biennale.