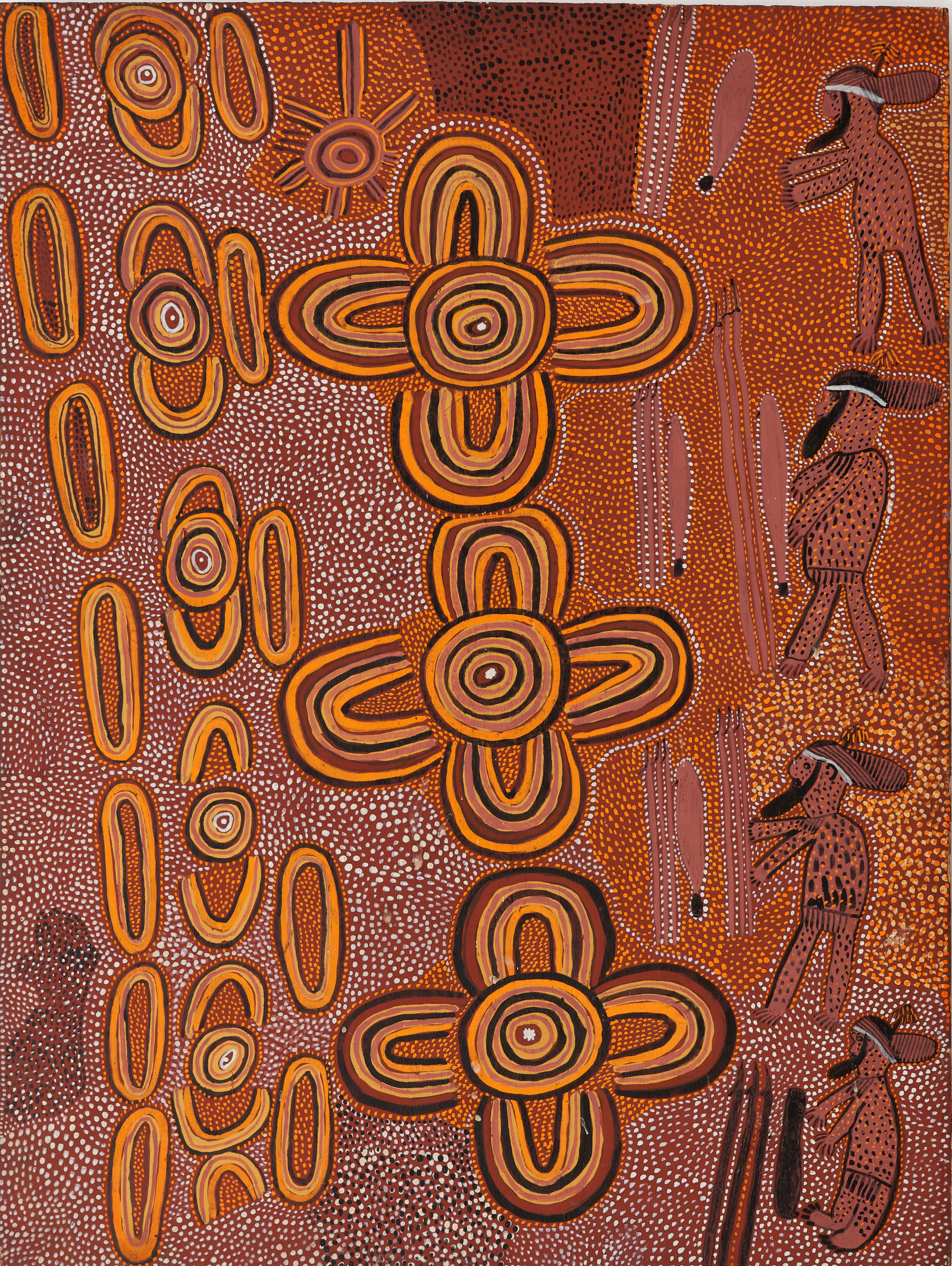 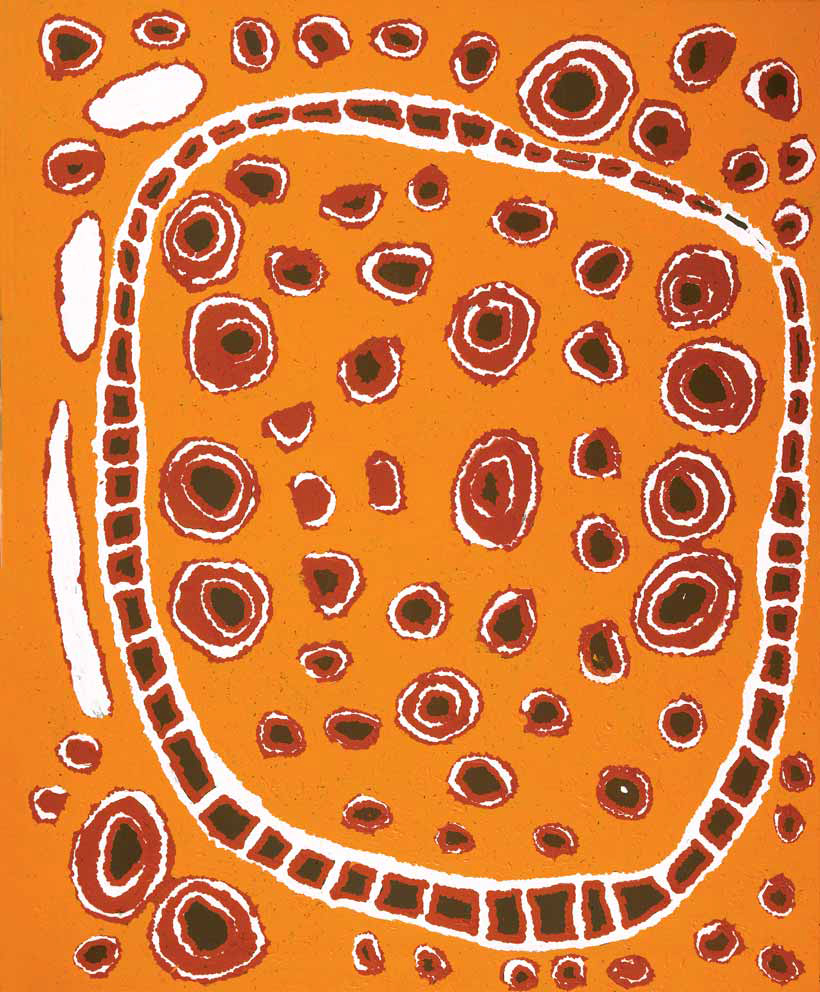 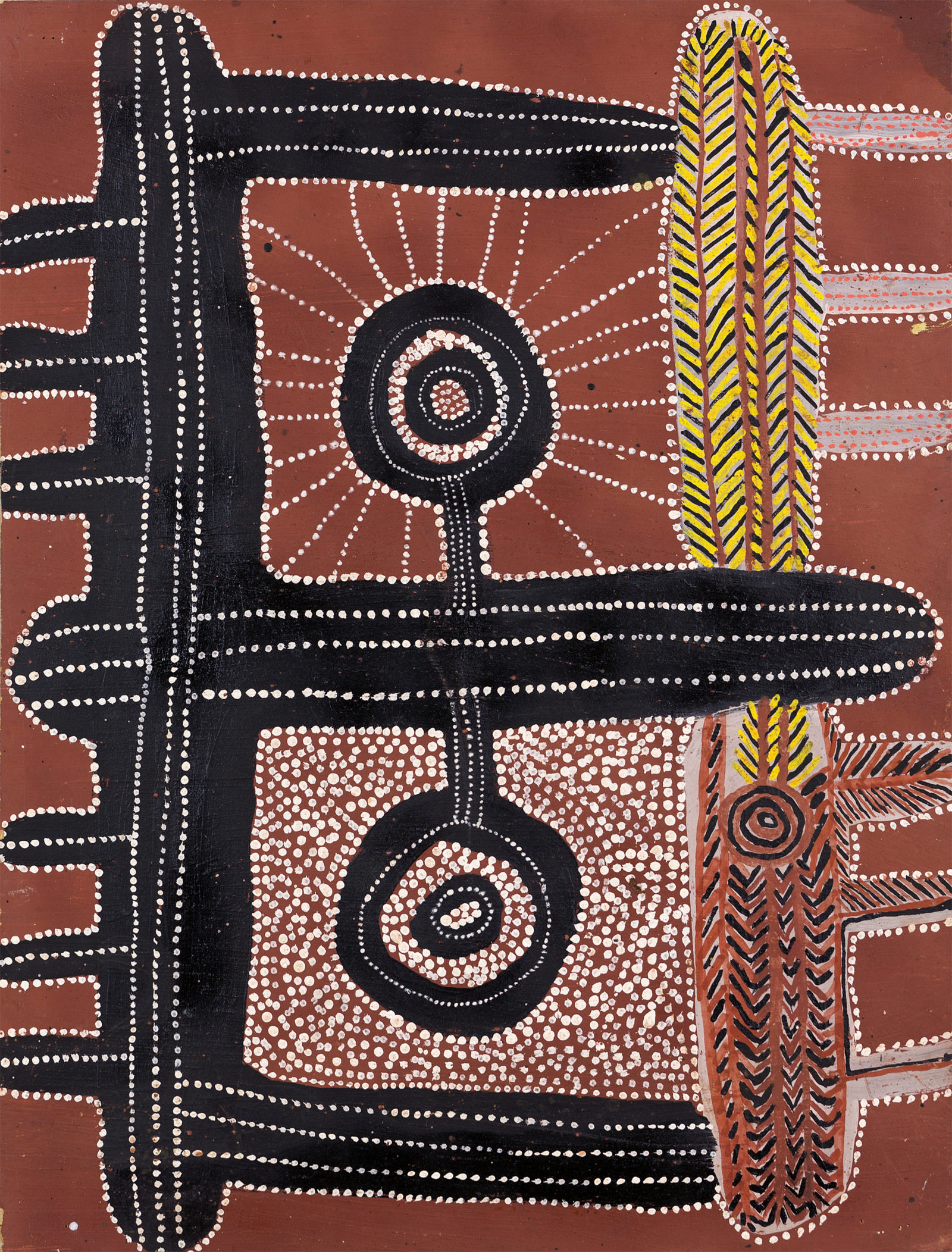 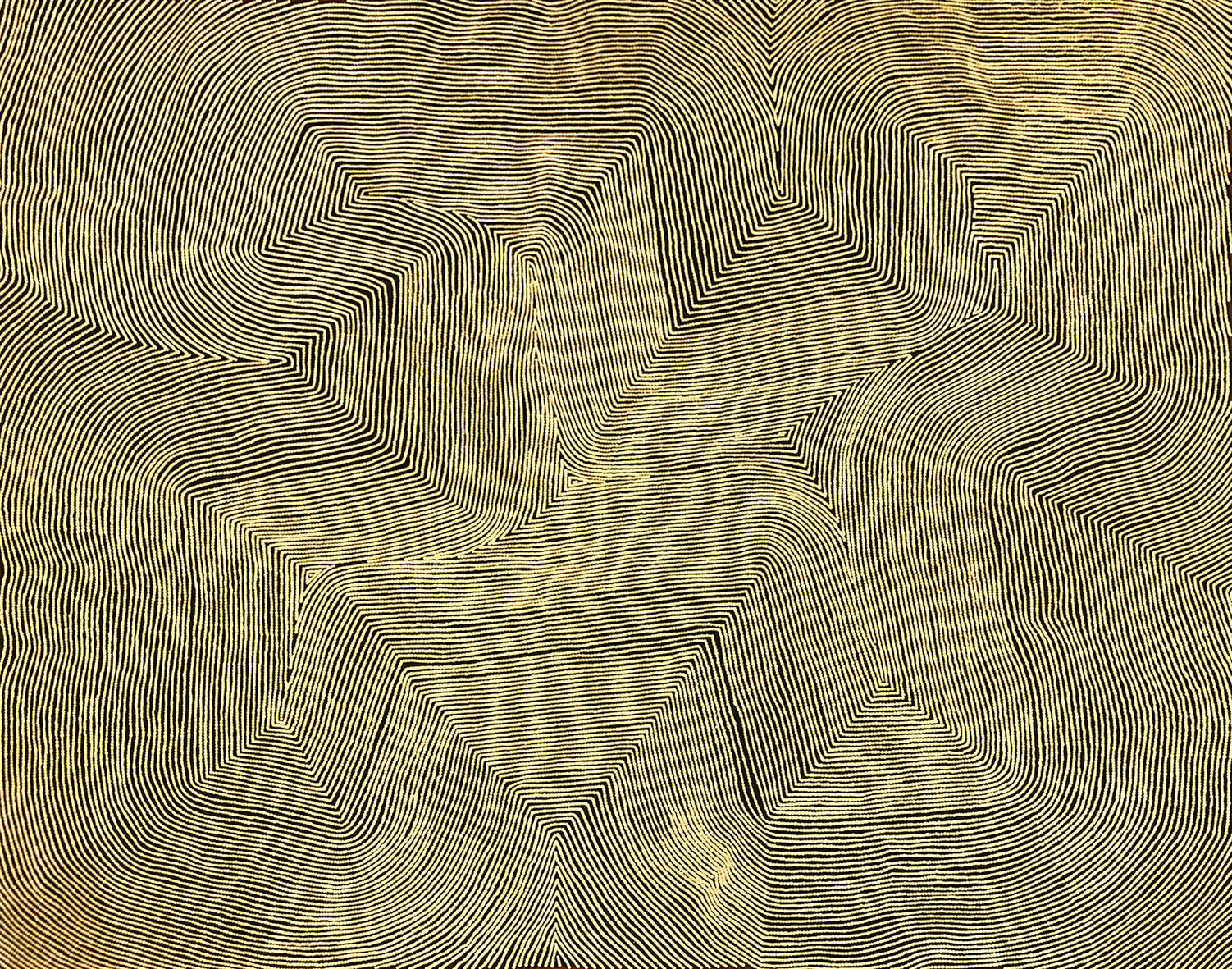 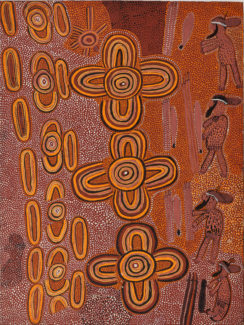 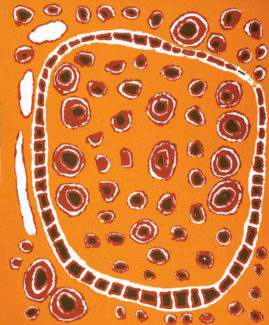 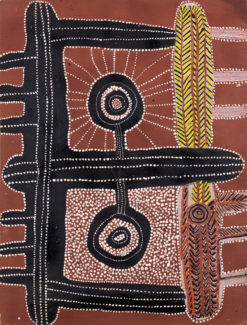 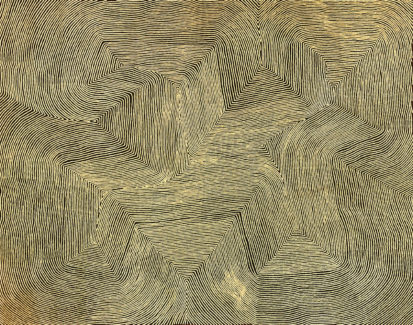 Click here to purchase the fully illustrated catalog for this exhibition.

In 1971, a small group of Aboriginal artists from Australia’s remote Central and Western Deserts changed the face of global contemporary art.

The township of Papunya was founded in 1959 as a settlement for Aboriginal people who were relocated from their homelands. Papunya drew together Aboriginal people from a disparate range of language groups: Luritja, Pintupi, Anmatyerr, Warlpiri, and Kukatja. Some had considerable experience with white Australians. For others, life in Papunya represented their first encounter with colonizers. Inside this bubbling, cross-cultural cauldron, a small group of men began to paint their ancestral designs onto scraps of cardboard, linoleum and masonite.

Painting offered a way of claiming authority: of explaining who you were and where you came from in this chaotic mélange of strangers. Using ancient iconographies rarely seen by outsiders, an artistic renaissance sprung forth as artists defiantly asserted themselves against the uncertainty of colonial displacement.

Artists at Papunya expressed the conditions of their cultural and geographic displacement that have come to define the contemporary experience of Indigenous people and refugees worldwide. Painting began as a vehicle for the survival and transmission of cultural knowledge, but quickly grew into a powerful medium for economic and social justice. In 1972 the artists banded together to form the Papunya Tula Artists company, which still operates today under the guidance of its Aboriginal board of directors. The international success of Papunya Tula Artists inspired the creation of similar cooperatives across Australia, creating a multi-million-dollar industry and helping artists return to their ancestral homelands. Over the last fifty years Papunya Tula has redefined Aboriginal Australian art, sparking one of the most important contemporary art movements of our time.

Irrititja Kuwarri Tjungu (Past & Present Together) celebrates the 50th anniversary of Papunya Tula Artists, from the very first experiments on scraps of board through to the epic, abstract paintings that travel the world today. It tells a story of constant artistic rejuvenation. Inspired by the sweeping ancestral landscape of the Australian desert, it is one of the world’s greatest stories of resilience, self-determination and the power of art.

Accompanied by a fully illustrated catalog edited by Fred Myers & Henry Skerritt available through University of Virginia Press in October 2021. Irrititja Kuwarri Tjungu (Past & Present Together) will be exhibited over two years in two parts to explore the depth of both the beginning of the movement (Part I) and its contemporary momentum (Part 2).

Irrititja Kuwarri Tjungu (Past & Present Together) is presented in partnership with Papunya Tula Artists. It is sponsored by the Robert and Molly Hardie and the H7 Foundation, The Gordon Darling Foundation, Australian Cultural Fund, Stephen and Agatha Luczo, the Embassy of Australia, the UVA Parents Fund, the UVA Institute of Humanities and Global Cultures, the UVA Mapping Indigenous Worlds Lab, and the UVA Department of Art.

Beyond Dreamings: The Rise of Indigenous Australian Art in the United States