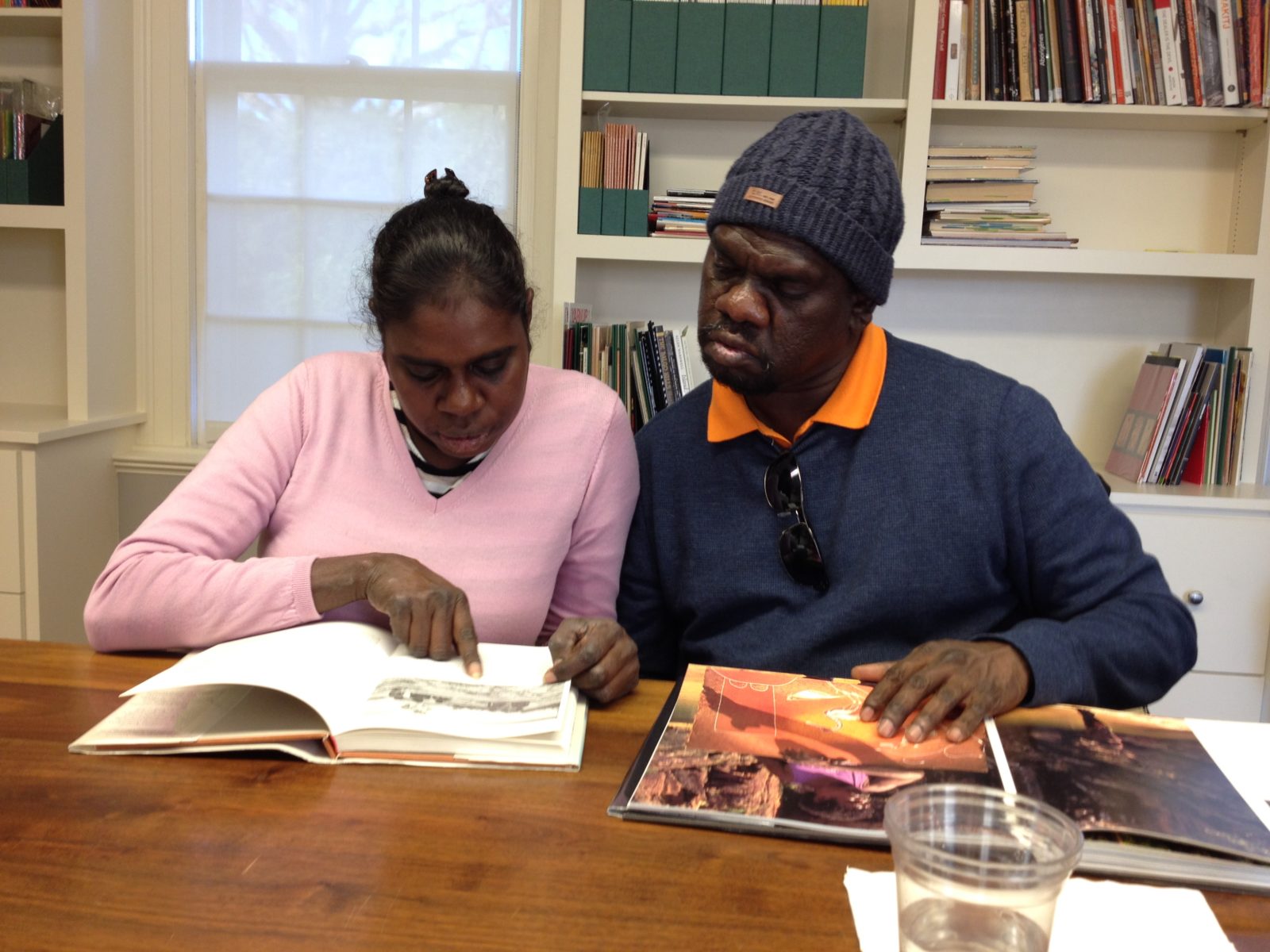 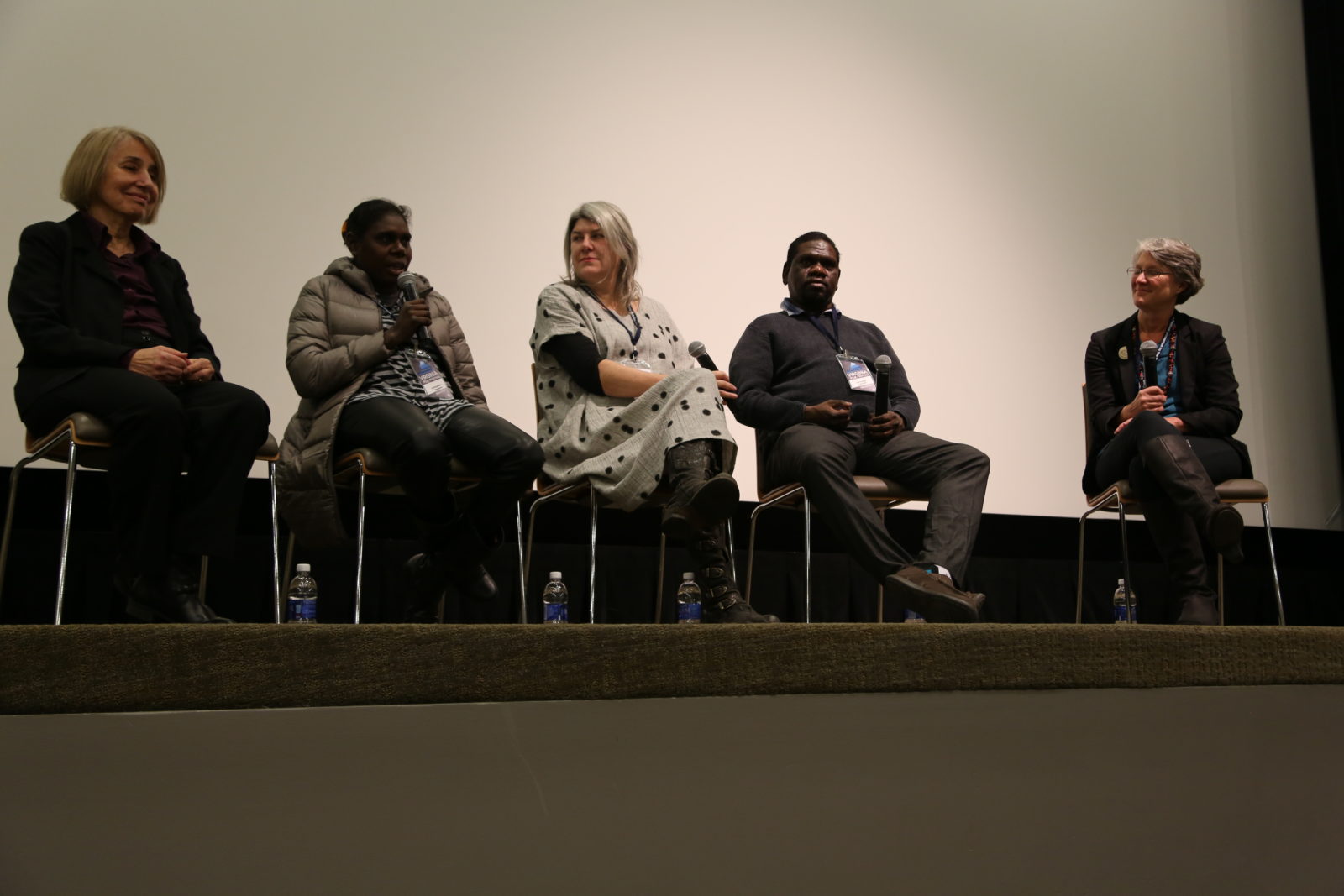 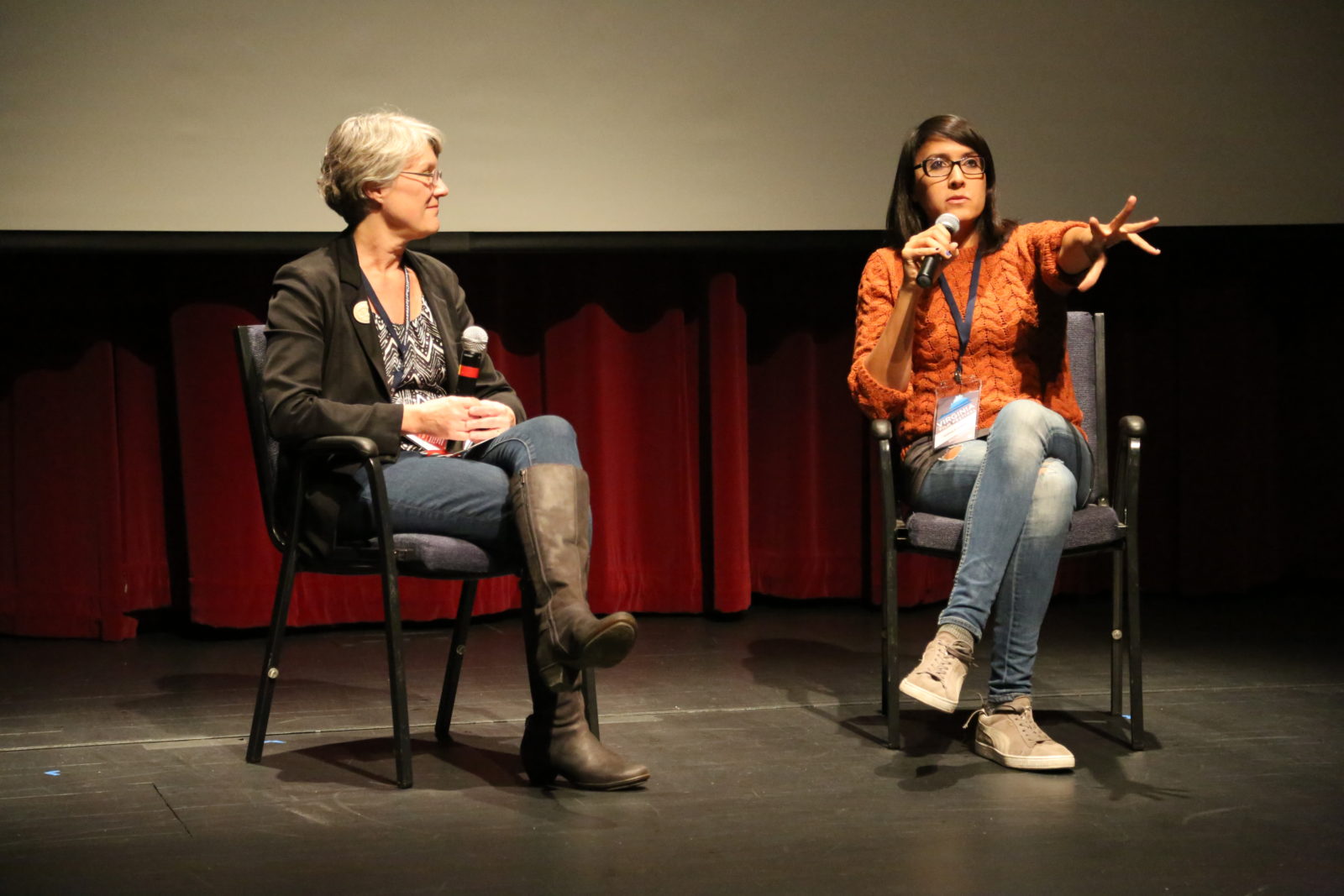 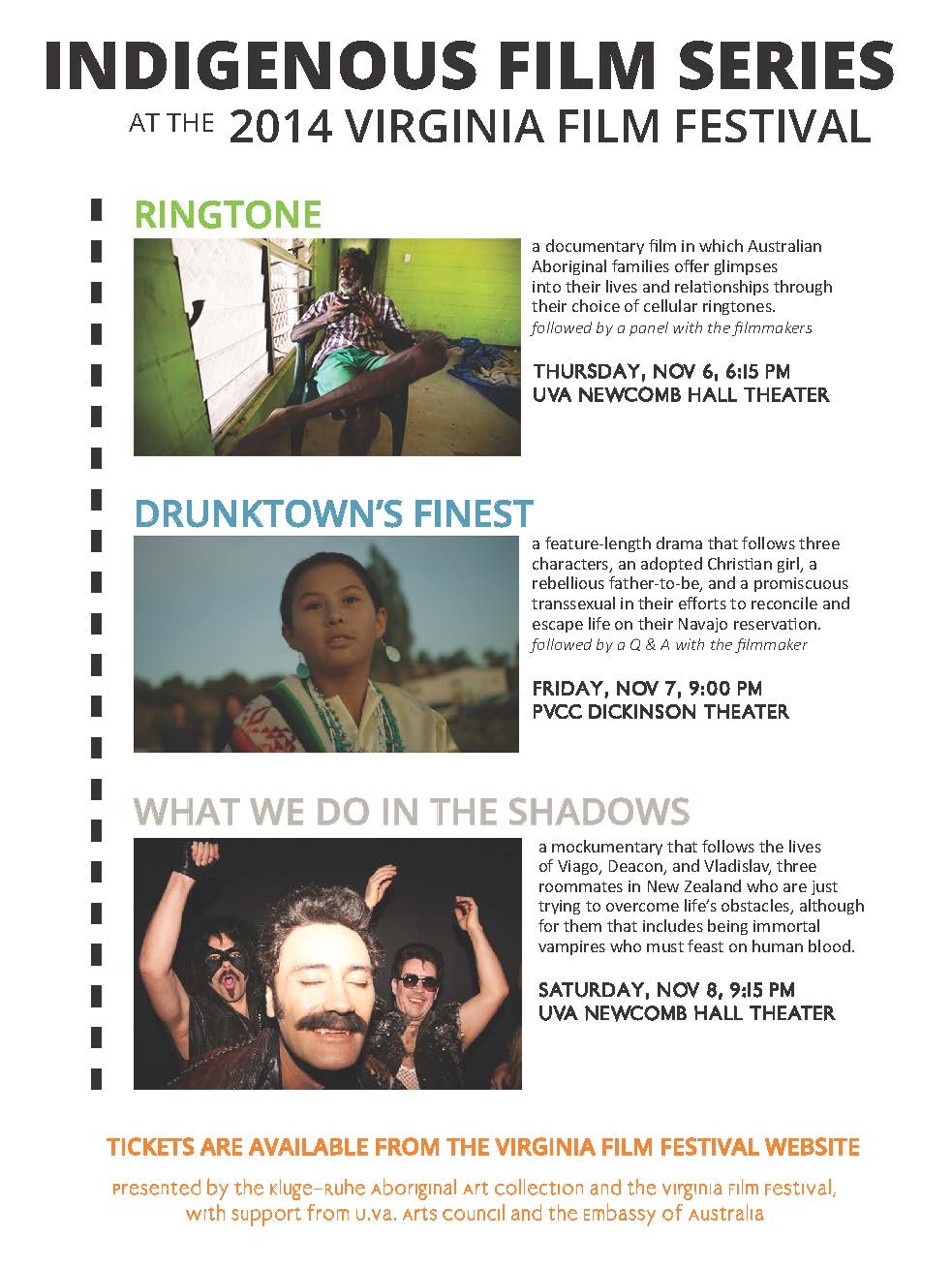 Indigenous Films at the 2014 Virginia Film Festival.
1 / 4
Link
Share
Back to Collaborations 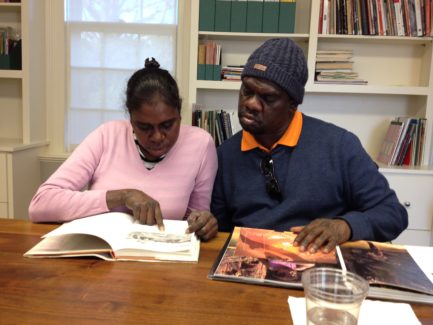 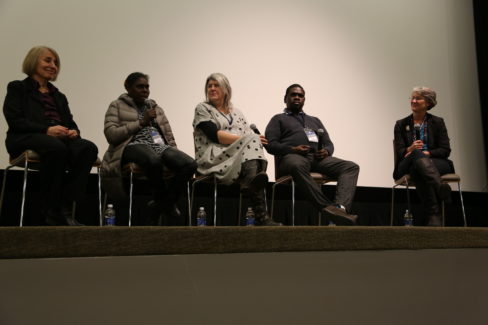 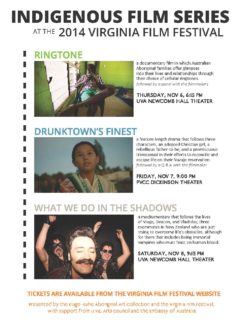 Kluge-Ruhe brought three films by Indigenous filmmakers to the 2014 Virginia Film Festival: an Australian Aboriginal documentary, a Navajo feature-length drama, and a vampire comedy from New Zealand. As part of its ongoing mission to provide opportunities for Indigenous artists to introduce their work to new audiences, Kluge-Ruhe brought writer/producer Sydney Freeland and filmmakers from Miyarrka media to discuss their work at the screenings. Education staff at Kluge-Ruhe offered a toddler-aged program called “Joey Stories” for the festival’s Family Day.

Ringtone (2014) is a documentary film in which Australian Aboriginal families offer glimpses into their lives and relationships through their choice of cellular ringtones. From ancestral clan songs to 1980s hip hop artists and local gospel tunes, the ringtones of each individual situates them in a world of enduring connection and explores the intrusions and demands brought by mobile phones to a once remote community in northern Australia.

Drunktown’s Finest (2014) is the result of writer/director Sydney Freeland’s decision to take up the task of crafting an on-screen story that would accurately represent the variety of lifestyles present on the Navajo reservation she called home. This feature film follows three characters, an adopted Christian girl, a rebellious father-to-be, and a promiscuous transsexual in their efforts to reconcile and escape life on the reservation.

What We Do in the Shadows (2014) follows the lives of Viago, Deacon, and Vladislav, three roommates who are just trying to get by and overcome life’s obstacles, although for them that includes being immortal vampires who must feast on human blood.